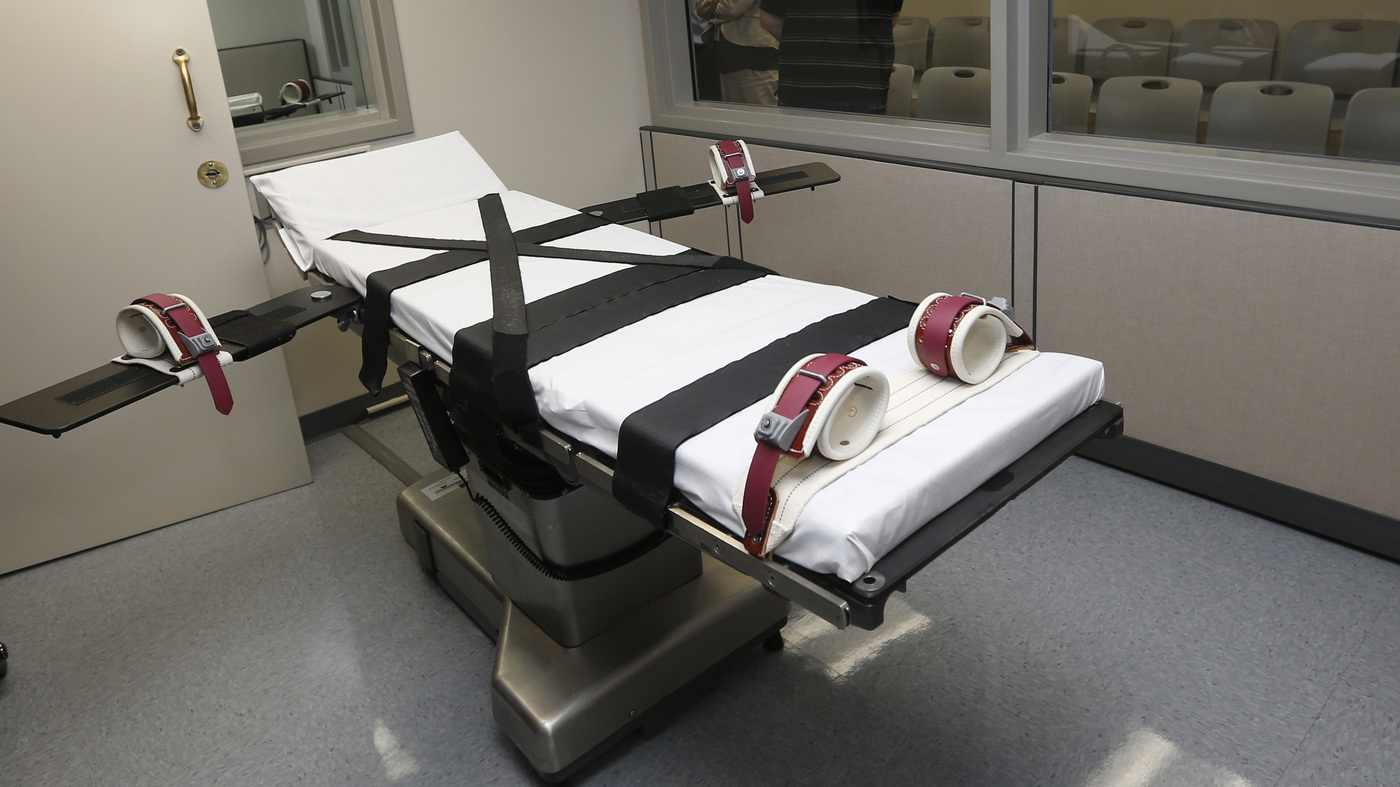 The gurney in the the execution chamber at the Oklahoma State Penitentiary in McAlester, Okla., shown in 2014. Two Oklahoma death row inmates facing executions in the coming months offered firing squad as a less problematic alternative to the state’s three-drug lethal injection, one of their attorneys told a federal judge on Monday.

The gurney in the the execution chamber at the Oklahoma State Penitentiary in McAlester, Okla., shown in 2014. Two Oklahoma death row inmates facing executions in the coming months offered firing squad as a less problematic alternative to the state’s three-drug lethal injection, one of their attorneys told a federal judge on Monday.

OKLAHOMA CITY — Two men on Oklahoma’s death row — at the prodding of a federal judge — agreed to choose execution by firing squad as a way to delay their upcoming lethal injections, one of their attorneys told the judge.

The two inmates, Donald Grant and Gilbert Postelle, want U.S. District Judge Stephen Friot to grant them a temporary injunction that would halt their upcoming executions until a trial can be held over whether Oklahoma’s three-drug lethal injection method is constitutional. A trial on the issue is set to begin before Friot on Feb. 28, but the judge has said in order to be added as plaintiffs, inmates must select an alternative method of execution. Grant, who is scheduled to die on Jan. 27, and Postelle, who has a Feb. 17 execution date, hadn’t previously selected an alternative method.

“While it may be gruesome to look at, we all agree it will be quicker,” attorney Jim Stronski told Friot Monday after a daylong hearing in Oklahoma City.

More than two dozen death row inmates who are plaintiffs in the challenge agreed previously to provide the court with an alternative method of execution, including the use of different drug combinations or firing squad, which is one of several execution methods authorized under Oklahoma law.

Friot did not issue a decision Monday on the inmates’ motion but said he hoped to release an order by the end of the week.

“There’s a lot for me to get my mind around,” Friot said.

Among the experts who testified was Dr. James Williams, an emergency medicine specialist from Texas who has more than 40,000 hours of emergency room experience and who has extensively studied the use of firing squads.

Williams, himself the victim of a gunshot wound to the chest area, testified that a firing squad involving shots from at least four high-powered rifles to the “cardiac bundle” of the heart would be so quick that an inmate wouldn’t feel pain. He also said that unlike lethal injection, there is an extremely low likelihood that the execution would be botched.

Oklahoma has never used firing squad as a method of executing prisoners since statehood, but current state law does allow for its use if other methods, such as lethal injection, were determined to be unconstitutional or otherwise unavailable. The Oklahoma Department of Corrections does not currently have execution protocols in place for any method other than lethal injection.

Farris, who was inside the death chamber for both executions, described the two lethal injections as being on “opposite ends of the spectrum.”

Grant, who was declared dead after vomiting and convulsing on the gurney, was angry, hurling expletives and resisting the execution by trying to flex his arms and legs, Farris said. Stouffer, on the other hand, “was just as polite as you can imagine under the circumstances,” Farris said.

Farris also testified that the doctor who inserts the intravenous lines and helps oversee the lethal injections is paid $15,000 for each execution he attends, as well as $1,000 for every day of training. DOC policy prohibits the release of the names of execution team members, and the doctor wore a mask during both Grant’s and Stouffer’s executions.