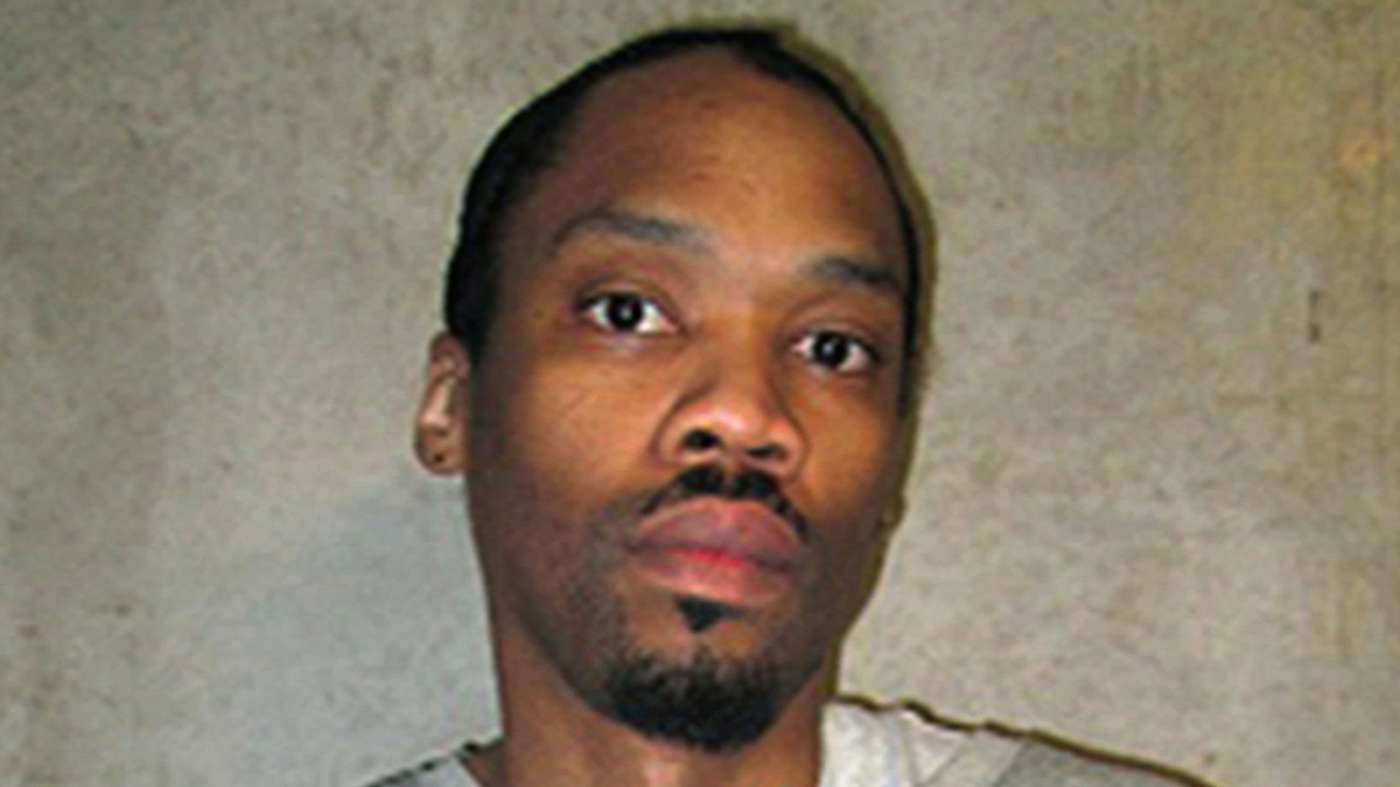 his photo provided by the Oklahoma Department of Corrections on Feb. 5, 2018, shows Julius Jones. The fate of Jones rests with Oklahoma Gov. Kevin Stitt.

his photo provided by the Oklahoma Department of Corrections on Feb. 5, 2018, shows Julius Jones. The fate of Jones rests with Oklahoma Gov. Kevin Stitt.

The clock is ticking.

Family members, activists and celebrities are hoping their last-minute appeals to Oklahoma’s governor could save the life of Julius Jones, a man set to be executed at 4 p.m. Thursday local time.

Jones, 41, was sentenced to death for the 1999 shooting death of Paul Howell in Edmond, Okla. Jones has always maintained his innocence. Attorneys fighting for his freedom say the case leading to his conviction was seriously flawed.

Questions over Jones’ role in Howell’s murder led to Oklahoma’s Pardon and Parole Board to recommend earlier this month that his death sentence be commuted to life in prison with the possibility of parole, according to KOSU. But Gov. Kevin Stitt has not acted on the recommendation.

If he decides to step in, Stitt could go with the parole board’s recommendation to commute Jones’ sentence. He could also delay the execution to take more time to review the case or allow the execution to go ahead as planned.

Major names like reality star Kim Kardashian West, who has become a criminal justice advocate, and Baker Mayfield, quarterback for the Cleveland Browns, are calling for justice in Jones’ case.

“This is the cold machinery of the Death Penalty in America. In just over two weeks, an innocent man could be put to death,” Kardashian West tweeted. “My heart breaks for Julius and so many others who have suffered from such tragic miscarriage of justice.”

Students from several area schools took part in a walkout on Wednesday to protest Jones’ impending execution. The Oklahoma City Public Schools told The New York Times that more than 1,800 students across 13 schools participated in the demonstration.

Oklahoma uses lethal injection to conduct executions. If Jones’ execution goes ahead, it would be just the second in Oklahoma since 2015, when the state paused the practice after it was found to be using an incorrect mix of drugs in the process. But Oklahoma executed John Marion Grant in October and has several more planned in the coming months.

On the night of July 28, 1999, Jones maintains he was with his family at his parents’ Oklahoma City house having dinner and playing board games. That’s according to the Innocence Project, a non-profit focused on exonerating the wrongly convicted. Prosecutors have said Jones told a different story after his arrest.

But around the same time that evening, less than 20 miles away, Paul Howell was pulling up to his own parents’ house. Moments later, he was shot and killed — the victim of a carjacking. Howell’s sister was an eyewitness to the crime.

Howell’s family testified before the parole board and said they are convinced of Jones guilt. They say they feel revictimized with the publicity the case has received, according to KOSU.

Attorneys for Jones maintain there are serious issues with the case.

Chris Jordan, the co-defendant in this case and at the time of the shooting a friend of Jones, allegedly admitted to at least three cell mates that he was the one to kill Howell — not Jones.

Prosecutors say those cell mates are not credible, according to the Associated Press.

Jordan spent the night at Jones’ home after Howell’s murder, according to reports. When he was questioned by police, Jordan told police the gun was in Jones’ parents house. Jordan went on to testify against Jones and received a plea agreement. He got out of prison after serving 15 years behind bars.

Innocence Project points to racial bias in the Jones case

The officer who arrested Jones reportedly called him the n-word, dared him to run, and then implied he would shoot him if he did. Jones repeated that story in his re-telling of the case to OUDaily.

Once the case went to trial, eleven out of the 12 jurors were white.

Research by Francis Flanagan, an associate professor in the department of economics at Wake Forest University, has shown the racial makeup of a jury can have an impact on the case’s outcome.

One juror reportedly referred to Jones by the n-word, and suggested that he be taken out behind the courthouse and shot, the Innocence Project says.

There are also questions about the record of District Attorney Bob Macy who handled Jones’ case, reports indicate.

One-third of Macy’s death penalty convictions have been overturned due to prosecutorial misconduct, the Innocence Project says. Many of those whose convictions were vacated are Black people.

“Taken together, we believe that doubt about Jones’ responsibility for the capital crime is not insignificant. Indeed, that is why the Oklahoma Board of Pardons and Parole recommended commutation of Jones’ death sentence despite troubling pressure tactics being waged by District Attorney David Prater to cow them into rubber stamping the execution,” the letter said. “In such circumstances, commuting Jones’ sentence to life in prison would be appropriate. Public safety would be sustained, while the chances of a wrongful execution would be eliminated.”

Big names have called on the governor to act

Nancy Vollertsen, center, holds a photo of her deceased brother, Greg Wilhoit, as she and Gary Drinkard, left, Juan Melendez and Herman Lindsey, right, who all spent time on death row before being exonerated, as she delivers a letter to the office of Oklahoma Gov. Kevin Stitt, requesting a speedy commutation hearing for Julius Jones, Wednesday, Sept. 1, 2021, in Oklahoma City.

Nancy Vollertsen, center, holds a photo of her deceased brother, Greg Wilhoit, as she and Gary Drinkard, left, Juan Melendez and Herman Lindsey, right, who all spent time on death row before being exonerated, as she delivers a letter to the office of Oklahoma Gov. Kevin Stitt, requesting a speedy commutation hearing for Julius Jones, Wednesday, Sept. 1, 2021, in Oklahoma City.

More than 6.5 million people have signed a petition supporting Jones.

Locally, Justice for Julius, an organization founded by local supporter Cece Jones-Davis, has been working for years to gather attention to Jones’ case. Activists have continued to protest in Oklahoma’s state capitol to call on Stitt to grant clemency in Jones case.

As Jones’ execution nears, the volume of people calling for Jones’ sentence to be commuted has grown louder.

The NFL’s Mayfield, a former Oklahoma University quarterback, talked to reporters about the case on Wednesday.

“I’ve been trying to get the facts stated and the truth to be told for a while, but it is tough to think about. Tried and tried,” Mayfield said. “It is a shame that it has gotten this far. We are 24 hours away. So, it’s tough. You know, hopefully, God can intervene, and handle it correctly and do the things he needs to do.”

Advocacy for Jones has even gone global. Stavros Lambrinidis, a representative from the European Union wrote in a letter to Stitt: “We respectfully urge you to exercise all powers vested in your office to grant clemency to Mr. Julius Jones.”