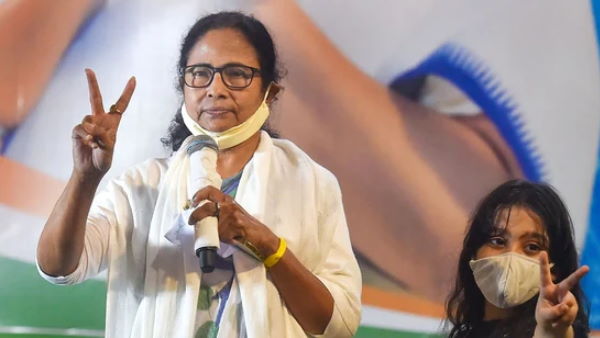 New Delhi, Nov 19: Prime Minister Narendra Modi has withdrawn the controversial Agriculture Act in a big announcement on the occasion of Guru Nanya Jayanti. Addressing the nation on the occasion of the birth anniversary of Guru Nanak Dev ji, Prime Minister Narendra Modi said that our efforts were definitely lacking due to which we could not explain this law to the people. In addition, the Prime Minister has decided to withdraw agricultural laws. There are many reactions to this big decision of Modi government.

Under this, West Bengal Chief Minister Mamata Banerjee has congratulated the farmers on the return of the Agriculture Act. Congratulating the farmers, Trinamool Congress chief Mamata Banerjee said that it was a victory for every farmer who had fought tirelessly. He was not shaken by the brutality with which the BJP treated the farmers. This is the victory of all of them.

At the same time, Delhi Chief Minister Arvind Kejriwal tweeted that today is the day of Prakash Diwas. All three laws were repealed. More than 700 farmers were martyred. His martyrdom will be immortal. Future generations will remember how the farmers of this country gave their lives to save agriculture and farmers. My salute to the farmers of my country.

Congratulations from my heart to every farmer who fought ruthlessly and did not panic ruthlessly. @ BJP4India Treated you This is your victory!

My deepest condolences to all those who lost their loved ones in this battle.#FarmLaws

On the repeal of the Agriculture Act, Mamata Banerjee said, “I heartily congratulate every farmer who has struggled.