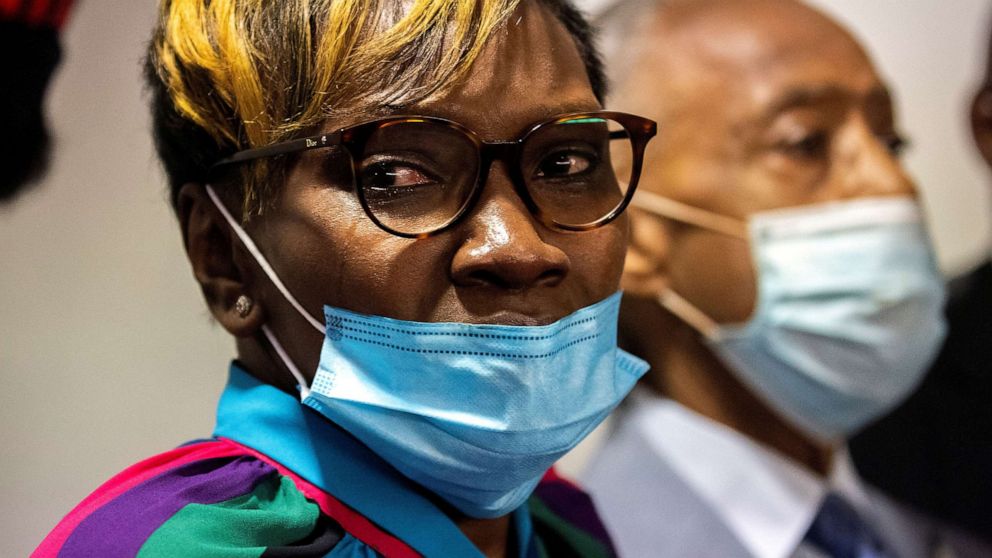 “We finally got justice for Ahmaud,” she told ABC News.

Ahmaud Arbery’s mother said she is feeling especially thankful this Thanksgiving, after three men were found guilty of his murder.

“We finally got justice for Ahmaud,” she added.

It’s been nearly two years since the 25-year-old Black man was gunned down while jogging in a mostly white southern Georgia neighbourhood.

“We know that Ahmaud was targeted because he was a Black runner in a community that thought that his presence there was inappropriate,” Cooper-Jones’ attorney, Lee Merritt, said during the interview on “GMA.”

Merritt noted how prosecutors made a decision not to center their case on race but rather on the “criminal nature.”

“What I appreciated about the prosecution’s strategy was that they said Ahmaud Arbery was a citizen in the United States running on a free road, and that alone entitled him to life,” he said. “We all enjoy these rights as citizens of the United States of America.”

On Wednesday, Travis McMichael, who fatally shot Arbery in February 2020, was convicted by a Glynn County jury on all nine charges, including malice murder and four counts of felony murder.

His father, Gregory McMichael, was found not guilty of malice murder but was convicted on all other charges, including four counts of felony murder.

Their neighbor, William “Roddie” Bryan, who recorded the incident on a cellphone, was found guilty on six charges, including three of the felony murder counts.

All three men face up to life in prison.

The 12-member jury, comprised of 11 white people and one Black person, announced the verdict after more than 11 hours of deliberations, spanning two days. Cooper-Jones, sitting in the courtroom, wept in relief.

“There’s just really no words to really explain all the emotions that I was going through at that time,” she said.

Although relieved, Cooper-Jones said she wasn’t surprised by the verdict.

“I sat there everyday, I heard the state present their evidence,” she explained, “and I knew if the jury took that evidence, went back and deliberated over what was presented, that we would get justice for Ahmaud — and we did.”

When asked whether she had a message for the three men, Cooper-Jones said: “I would simply tell them that their bad decisions has impacted two families — my family and again their family.”

“Not only did the McMichaels lose a son, they lost a grandfather and they will be impacted by his grandchild,” she added. “I lost a son, but they lost three generations there.”