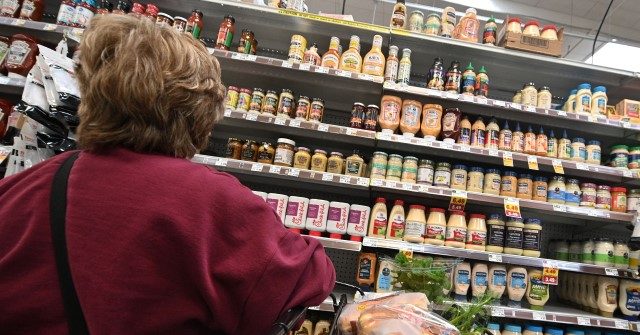 American voters view inflation as a bigger issue than the Chinese coronavirus, a NewsNation survey released this week found.

The survey asked respondents, “Which do you think is a bigger problem facing the United States today: Inflation, unemployment, or COVID-19?”

A plurality of voters, 45.4 percent, said they view inflation as a bigger problem in the U.S., while 40.9 percent said the coronavirus; the difference between the two responses falls outside of that specific question’s +/- 3 percent margin of error. Another 13.5 percent said unemployment is the biggest issue, meaning a combined majority of Americans view issues such as inflation and jobs as bigger issues than the coronavirus. The poll came prior to the Supreme Court dealing a devastating blow to President Biden’s Occupational Safety and Health Administration (OSHA) vaccine mandate, striking it down in a 6-3 vote. However, the Court upheld Biden’s Centers for Medicare & Medicaid Services (CMS) vaccine mandate 5-4, “although it explicitly acknowledged that the CMS mandate exempts employees who object to the vaccine for religious or medical reasons,” as Breitbart News reported. Notably, Biden’s ratings on his handling of the pandemic have been dropping exponentially over the past few months, particularly after he announced the ill-fated vaccine mandate, which would have affected roughly 84 million American workers, in an angry, divisive speech in September.

While continuing to face government mandates, Americans have also continued to feel the sting of inflation, as retail sales in the U.S. “declined sharply” in December, “indicating that the worst inflation in decades is hitting consumers harder than analysts expected,” as Breitbart News detailed:

The results were far worse than analysts expected. The median estimate by analysts was for sales to be flat to down just one-tenth of a percentage point.