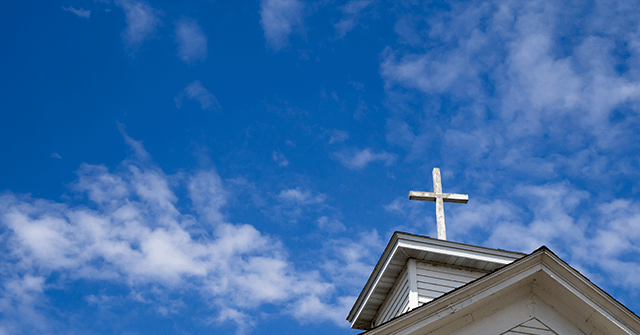 Baltimore authorities say they are searching for the killer of a 69-year-old church sexton, who was stabbed to death shortly after she arrived for work Tuesday morning.

Sexton Evelyn Player arrived for work on Tuesday at Southern Baptist Church in East Baltimore and was found stabbed to death shortly thereafter, according to the Baltimore Sun.

The victim arrived at the church around 6:00 a.m. before her body was discovered in a bathroom near her work area at around 6:50 a.m., Baltimore Police Commissioner Michael Harrison stated in a Tuesday press conference, which was documented by WBALTV.

“We know for a fact people were around. Someone knows, heard, or saw something,” Harrison stated at the press conference. “We implore you to call us, we beg you to call us right now so we cannot only hold this person or persons accountable, but we can bring justice and calm and closure to this family.”

Baltimore Mayor Brandon Scott (D) called the at-large killer a “coward and scum” at the press conference and pleaded with the community to come forward with information.

Player had been a member of the church for more than fifty years and four generations of her family are church members, according to WBALTV.

Her daughter, Alethea Finch, told the Baltimore Sun she cannot wrap her head around her mother’s killing.

“Who would want to hurt my mother?” asked Alethea Finch, as she cried on the porch of the home she shared with her mother. “How could someone hurt someone in such a sacred place? … My heart’s broken into a million pieces. I don’t understand why this happened.”

Finch told WMAR she had picked up a shift for her friend on Tuesday “because her friend needed help, that’s what she did.”

“She offered her hand and went to help her friend,” Finch continued.

“It’s upsetting,” Finch told the outlet. “It’s disturbing that you are not even safe in a church.”

Rev. Donte L. Hickman, a pastor at the church with a congregation of 4,000 people, said Player would attend church with her daughter and grandson, according to the Baltimore Sun.

Hickman says she had a reputation among the congregation for keeping the church orderly and earned the nickname “The Sheriff” from churchgoers.

“It’s just unthinkable,” he said, per Baltimore Sun. “We pray that whoever the culprit is, is brought to justice. But we want them to know that our work and mission will continue.”