Bengal tigers at California zoo to get $3.5 million habitat 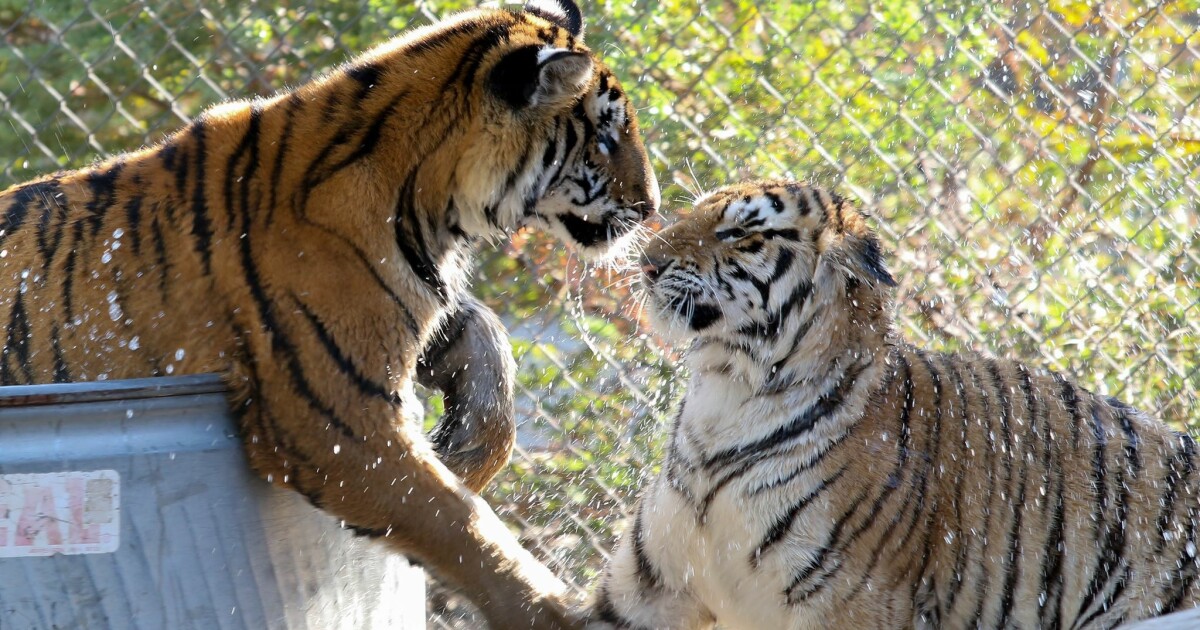 Spread the love
more
A pair of Bengal tigers will soon have more territory in which to roam, play and swim at Moorpark College’s teaching zoo after completion of a $3.5-million habitat renovation that broke ground this week.

Neil and Karma, both around 4 years old, currently reside in a 1,000-square-foot enclosure at America’s Teaching Zoo. Their new home will be roughly 8,000 square feet with a new pool and upgraded care facilities.

The expansion will include two habitats joined by a transparent bridge Neil and Karma can cross, with visitors able to walk below and also observe the cats from a glass viewing area.

“This is the largest project that we have ever done here,” said Mara Rodriguez, development coordinator at the zoo, who has worked at the facility for three decades.

Moorpark College’s animal program, which focuses on animal training and wildlife education, is one of only two such programs in the country. The Santa Fe College Teaching Zoo in Gainesville, Fla., focuses on zookeeping.

The zoo began planning the habitat expansion shortly after receiving Neil in 2017 when he was 4 months old. The California Department of Fish and Wildlife confiscated the cub, a victim of the illegal pet trade, from the Hollywood Hills and brought him to the Moorpark zoo.

A facility on the East Coast, which Rodriguez did not name, donated Karma to provide companionship to the rescued Neil.

“When you have a companion as a young animal, you can do those behaviors naturally with another one of your kind. It just provides for a little bit more fulfilling, well-rounded life.”

The pair were the first tigers housed at the zoo in more than five years.

But the cubs would grow quickly and require much more space than the zoo could offer.

“As soon as we got them, the fundraising began and our community jumped on board,” Rodriguez said.

Moorpark College donated more than $1 million to the renovation and two other large donors contributed to the cause, but a lion’s share of fundraising came from the zoo’s supporters and guests.

A concert held by Five for Fighting’s John Ondrasik earlier this year raised $50,000 to push the project over the finish line, Rodriguez said.

The project is estimated for completion in mid-2022, but will not be the end of the zoo’s revitalization, said Rodriguez. Over the next decade, the facility hopes to grow by several acres onto the Moorpark hillsides to provide more space for its carnivores and add exhibits.

“This is the start of a great big future that I see for the zoo,” she said. “It’s quite clear that people love animals and want to connect with nature and wildlife.”