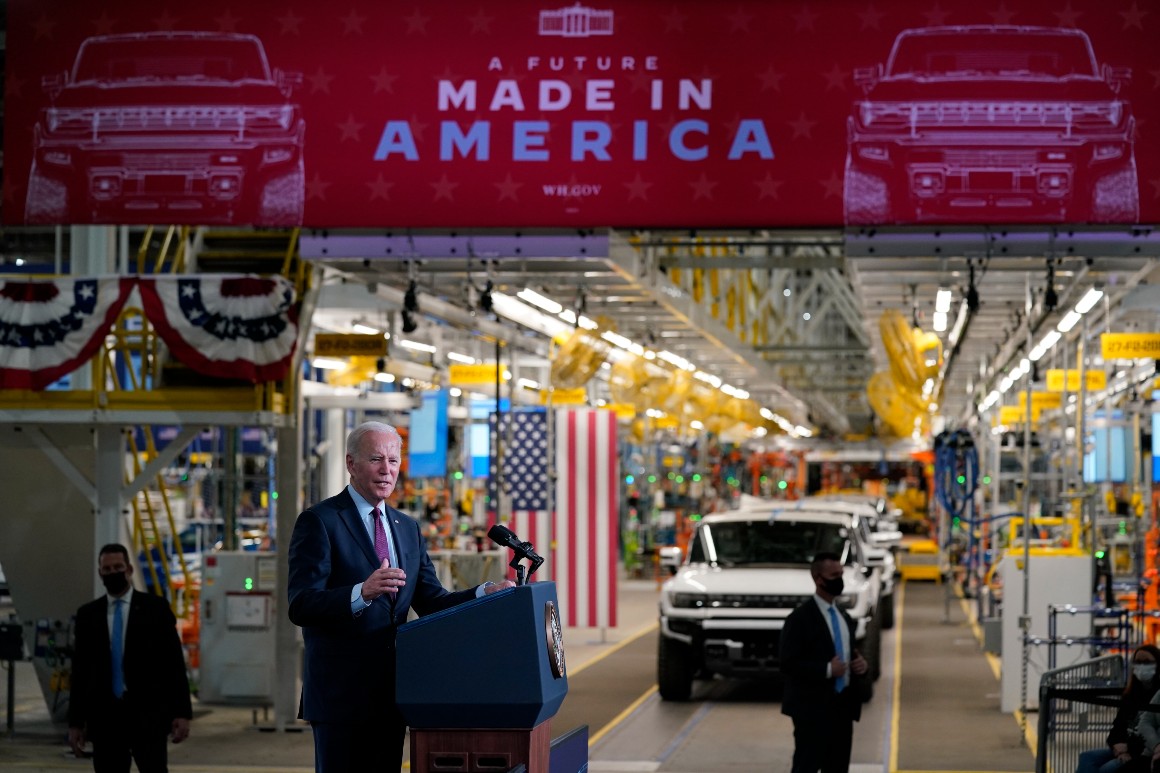 Canada is threatening action under the USMCA over the auto rules. Canada’s Industry Minister François-Philippe Champagne called for the removal of “uncertainty caused by divergent policies” in the automotive industry like the electric vehicle tax credits when he met with Commerce Secretary Gina Raimondo earlier this month.

U.S. Ambassador to Mexico Ken Salazar raised “serious concerns” with the law earlier this month, but Smith Ramos said the Americans have so far been “cautious” in dealing with the bill and are “waiting to see” if it will pass in Mexico’s Congress.

Spiraling trade disputes under USMCA are the main risk if the leaders cannot begin to mend their relationships this week. Mexico has already called for talks under the deal about automotive rules of origin, which make it more difficult for Mexican plants to comply. It could escalate those concerns to a dispute settlement panel if they are not addressed, potentially resulting in tariffs or trade restrictions.

The U.S. could also up the ante by pushing further USMCA action on agricultural market access in Mexico and Canada, where Washington, D.C., says the governments are limiting access for American crops.

“The U.S. has not put its foot down on issues having to do with agricultural market access, or so far, any actions regarding the efforts to have energy counter-reforms in Mexico,” Smith Ramos said. “Hopefully it all gets resolved otherwise you will have a pile of irritants in energy, agriculture and automotive that can cause trouble in the region.”

And there’s an added risk for Biden. If he cannot mend those disagreements starting this week, they could have long-lasting consequences for his cooperation with López Obrador to manage the flow of Central American migrants through Mexico and into the U.S.

A separate Biden administration official said the leaders are expected to discuss how to combat the “root causes” of immigration, like economic insecurity in Central America, but there will not be “a real focus, this time around, on our borders.”

Trying to enlist Canada and Mexico in efforts to combat China’s economic rise presents another pitfall. Trudeau on Wednesday teed up the China issue, saying that “not even the United States” can take on Beijing alone, and that “when we work together, as Western democracies, we get things done.” But that cooperation, as any, is contingent on friendly relations between the countries.

“It’s very hard to bring other countries into some sort of joint project, particularly focused on China, when you’re sticking it to them somewhere else,” Reinsch said.