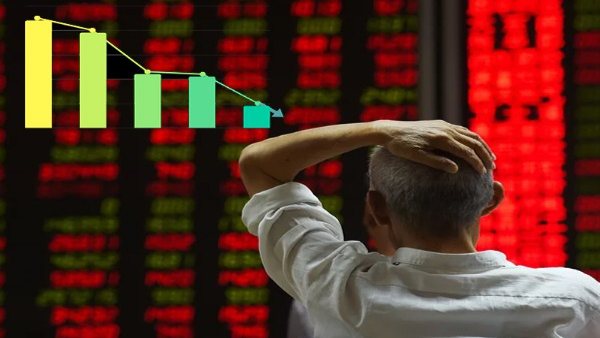 With the fall in the Sensex, the market cap of BSE-listed companies has fallen by more than Rs 4.48 lakh crore. In just a few hours, investors have lost Rs 4.48 lakh crore. Speaking of the top losers in the market, large cap stocks also saw a big decline. On the other hand, Indus Bank, Maruti, Tata Steel, NTPC, Bajaj Finance, HDFC, Tichen and M&M declined sharply.

Why the stock market fell

The sharp fall in the stock market was mainly due to the new look of the corona. A new form of corona virus has been found in South Africa, which has caused a stir among investors. The new variant found in South Africa is considered quite dangerous. Subsequently, due to the new variant B.1.1529, the Government of India has ordered strict screening of travelers from South Africa, Botswana and Hong Kong. This variant has hit Asian markets, including India. There is an atmosphere of fear among investors.

Following the unveiling of the new Corona, Bitrain has banned travel to six countries, including South Africa. A number of sanctions are being imposed by European countries on the new look of the Corona. While corona vaccination is gaining momentum, Slovakia has announced a two-week lockdown. Due to such news, investors are worried about the possibility of another lockdown, which has affected the market. Sales dominated the market due to lack of investor enthusiasm.

Impact of Weakness on Asian Markets

One of the main reasons for the decline in the Indian market is the weakness in the Asian market. Most Asian markets such as SGX Nifty, Nikkei, Straits Times, Hang Seng, Taiwan Weighted, etc. have declined by up to 2 per cent. In addition, foreign portfolio investors converted domestic sellers to Rs 2,300.65 crore. Sales dominate the market.