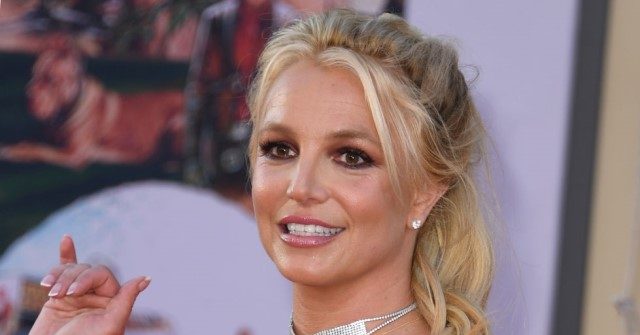 Pop star Britney Spears took to Instagram on Tuesday to address her fans directly for the first time since a judge ended the controversial conservatorship that has controlled her life for the past 13 years, stating that her family “should all be in jail.”

“I do know how embarrassing is to share the fact I’ve never seen cash or wasn’t able to drive my car,” Spears wrote in an Instagram caption, adding, “it still blows my mind every day I wake up how my family and the conservatorship were able to do what they did to me.”

“It was demoralizing and degrading,” the pop star continued. “I’m not even mentioning all the bad things they did to me which they should all be in jail for … yes including my church going mother !!!!”

The singer’s Instagram post also featured a video in which she answered fans’ questions and shared that while under the conservatorship, her “voice was muted and threatened,” and that the guardianship had prevented her from doing simple, everyday things, such as driving a car and buying candles.

“I’ve been on the conservatorship for 13 years, that’s a really long time to be in a situation you don’t want to be in,” Spears said in her video. “So I’m just grateful, honestly, for each day.”

“And being able to have the keys to my car, and being able to be independent, feel like a woman, and owning an ATM card, seeing cash for the first time, being able to buy candles,” she added. “It’s the little things for us women, but it makes a huge difference.”

Spears went on to clarify that she is “a very strong woman” and “not here to be a victim.” The singer also hinted that she is interested in getting involved as an advocate for other people who may be stuck in a similar situation she was in.

“I’m here to be an advocate for people with real disabilities, and real illnesses,” the pop star said. “Hopefully my story will make an impact and make some changes to the corrupt system.”

Spears then directly addressed her fans — who started what is known as the “Free Britney Movement” — telling them that she believes they may have saved her life.

“You guys rock,” Spears said. “Honestly, my voice was muted and threatened for so long, and I wasn’t able to speak up or say anything.”

“And because of you guys, and the awareness of kind of knowing what was going on, and delivering that news to the public for so long, you gave it awareness — and because of you, I honestly think you guys saved my life in a way, 100 percent,” she said.