California couple who swindled millions in COVID relief funds cut off their electronic bracelets and fled, leaving their 3 teenage children behind 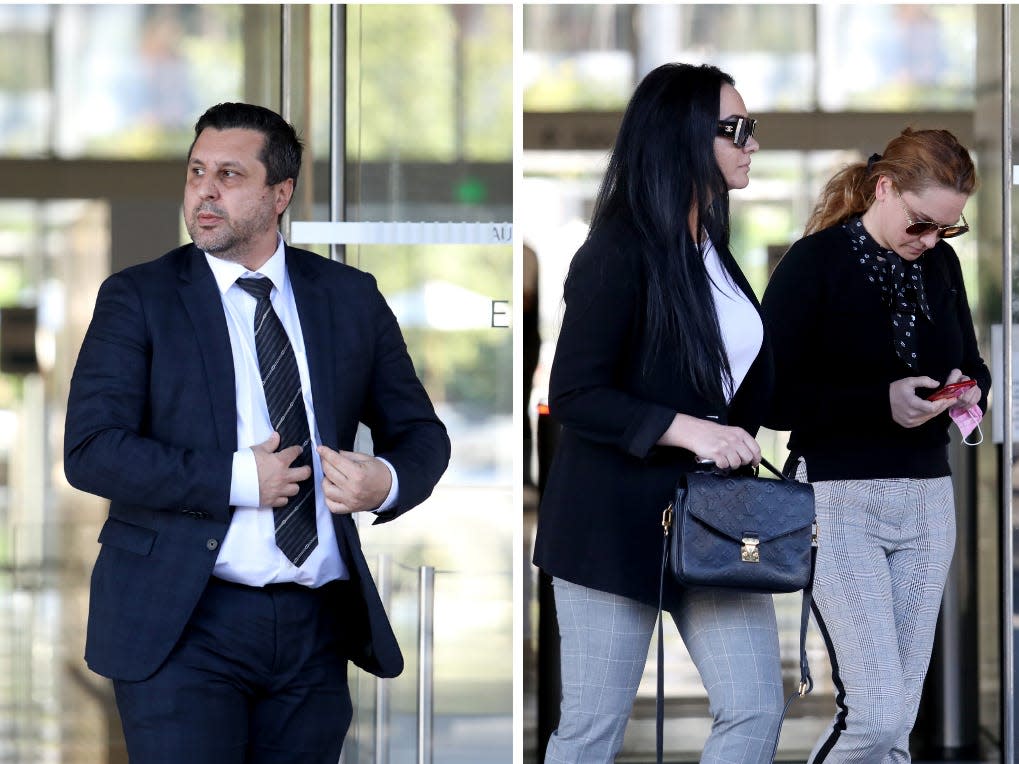 A California couple who ran a scheme that stole millions in COVID-19 relief funds cut off their electronic bracelets and fled while waiting for their prison sentences, abandoning their three teenage children, authorities said Tuesday.

Richard Ayvazyan, 43, and his wife, Marietta Terabelian, 37, used fake identities — including the names of elderly or deceased people and foreign exchange students who left the US — to claim money meant to aid small businesses and people suffering from the pandemic, federal prosecutors said.

Ayvazyan recruited several others who have already been sentenced, and together they made around 150 fraudulent loan applications while scheming to take $20 million in funds, per prosecutors.

The couple then used the cash to buy luxury homes in Tarzana, Glendale, and Palm Desert, and bought gold coins, jewelry, luxury watches, designer handbags, and a Harley Davidson motorcycle among other lavish items, said the prosecutors.

On August 29, the couple fled and left a note for their children, The LA Times reported.

“We will be together again one day. This is not a goodbye but a brief break from one another,” they wrote.

On Monday, the pair was sentenced in absentia by US District Judge Stephen V. Wilson, who handed Ayvazyan a 17-year jail sentence and gave Terabelian six years in prison. Artur Ayvazyan was given five years in federal prison.

The couple’s teenage children were visibly distraught in the courtroom on Monday as they listened to the judge sentence their parents and uncle, per The LA Times.

Aged 13, 15, and 16, the three are living with their grandparents, according to Ayvazyan’s lawyer, The New York Times reported.

At the sentencing hearing, Judge Wilson called Ayvazyan an “endemic, cold-hearted fraudster with no regard for the law.” He said he couldn’t recall a fraud case conducted in such a “callous, intentional way,” per a justice department statement.

“If given the opportunity, he would concoct another fraud, because the way he spoke of this fraud indicates that that is his way of life,” said Judge Wilson, The LA Times reported.

Ayvazyan’s attorney, Ashwin J. Ram, said Ayvazyan should get a sentence of six years, and that the convicted fraudster’s absence made it difficult to show the judge that he was a family man, churchgoer, and a legitimate businessman, per The LA Times.

He also said that the couple’s family believes they were abducted by co-conspirators who haven’t been caught and sought to silence them, per CNN.

Terabelian’s lawyer, Ryan Fraser, described her to CNN as a “loving mother and devoted wife who has tirelessly supported not only her three children, but also her parents, mother-in-law, and sister­.”

In the meantime, the FBI is offering a $20,000 reward for information leading to the arrest of Ayvazyan and Terabelian.

Ram and Fraser did not immediately respond to Insider’s requests for comment.