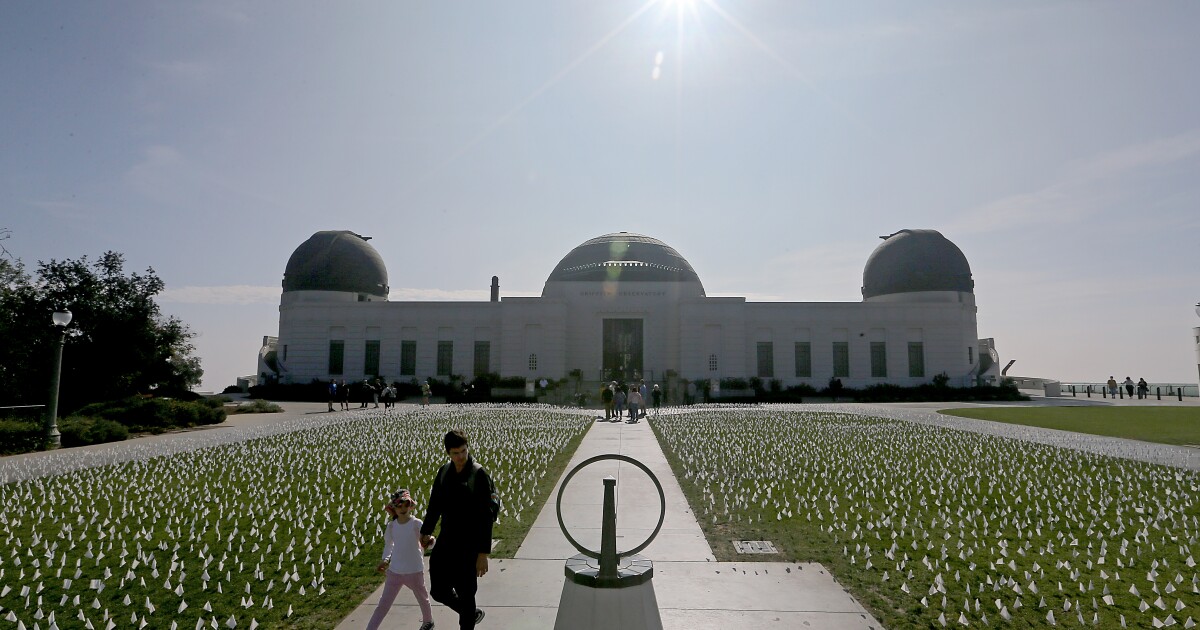 Spread the love
more
California has now reported 5 million coronavirus cases, an eye-popping total that underscores the pervasiveness of the pandemic during its nearly two-year rampage through the state.

The milestone comes at a somewhat promising, though still precarious, time in the COVID-19 outbreak. The daily numbers of newly recorded infections and those hospitalized with the disease have declined in recent weeks, a welcome trend heading into the heart of the fall-and-winter holiday season.

But officials have long circled this winter on their cautionary calendar, warning that the combination of holiday travel, colder weather and increasing indoor gatherings could threaten to fuel the still-potent pandemic.

“I recognize the fear that many of us have as we now enter into the winter, as we enter into a season where — if past is prologue — we should anticipate an increase of cases, an increase in hospitalizations, an increase in people in ICUs, and tragically the likelihood, if we don’t take seriously this moment, an increase in the number of people that will lose their lives,” Gov. Gavin Newsom said this week.

As of Thursday morning, California’s reported coronavirus case count stood at 5,001,249, according to state data compiled by The Times.

Included in that total are nearly 253,000 “probable” cases — those that have been identified with an antigen test but haven’t yet been confirmed with more time-consuming and accurate PCR screening.

Still, the overall figure means that 5 million Californians have, at some point, tested positive for a coronavirus infection.

California’s cumulative number of cases that have been definitively confirmed, about 4.75 million, is easily the highest in the nation — not surprising, given the Golden State has more than 39 million residents.

Adjusting for population shows a different picture, though. Throughout the pandemic, California has reported about 12,775 coronavirus cases per 100,000 residents, the 10th-lowest of any state, Times’ data show.

The pace at which California’s case count grew hastened notably during the Delta coronavirus surge that struck over the summer.

Adding another million confirmed and probable cases took only three and a half months.

But there are signs the pandemic has lost some steam in California. Over the last week, the state has reported an average of about 4,800 new coronavirus cases per day — down nearly 22% from the level seen two weeks ago, Times’ data show.

Hospitalizations, too, are trending downward. The number of coronavirus-positive patients hospitalized statewide Wednesday was 3,409, a 28% decrease since the start of October.

Still, officials are striking a cautious tone. Some other areas of the country have recently seen sharp increases in coronavirus transmission — a potential warning sign as the weather turns and the holidays approach.

Federal figures underscore the challenge other states are currently facing.

Over the last seven days, California has reported 94.6 new coronavirus cases per 100,000 residents — the ninth-lowest rate of any state, according to data from the U.S. Centers for Disease Control and Prevention.

Health officials generally agree California is unlikely to face a winter coronavirus resurgence on the scale of last year, in large part because of how many residents have been vaccinated. More than 70% of all Californians have received at least one vaccine dose.

However, the experience elsewhere — even in highly vaccinated states such as New Hampshire and New Mexico — demonstrates just how readily the coronavirus can rebound.

That makes it all the more important, officials say, for unvaccinated residents to get their shots, and for those eligible for a booster to do likewise.

“As the governor said and any ‘Game of Thrones’ fan knows: Winter is coming. So we have to be prepared,” Los Angeles Mayor Eric Garcetti said Wednesday. “We should know where we’re at. I want to acknowledge how tough and confusing this moment is. The colder temperatures and increased time spent indoors just always make it easier for viruses, including COVID-19, to spread.”