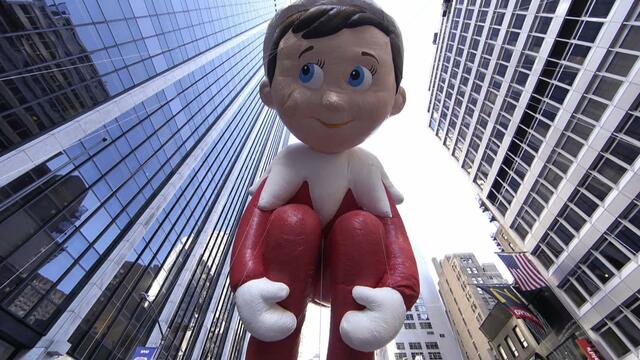 Other U.S. cities hold parades, but New York’s event has become part of the holiday tradition, televised across the country to some 50 million viewers ahead of their Thanksgiving meals, according to Macy’s. The giant, helium balloons depicting cartoon characters and toys are typically the main attraction, with this year’s pageant adding newcomers such as Grogu, otherwise known as Baby Yoda from the Star Wars spinoff series The Mandalorian, and Ada, the young scientist from the Netflix series Ada Twist, Scientist. The classic Astronaut Snoopy once again appeared in this year’s parade, the ninth version of the Snoopy balloon, according to the Macy’s website.