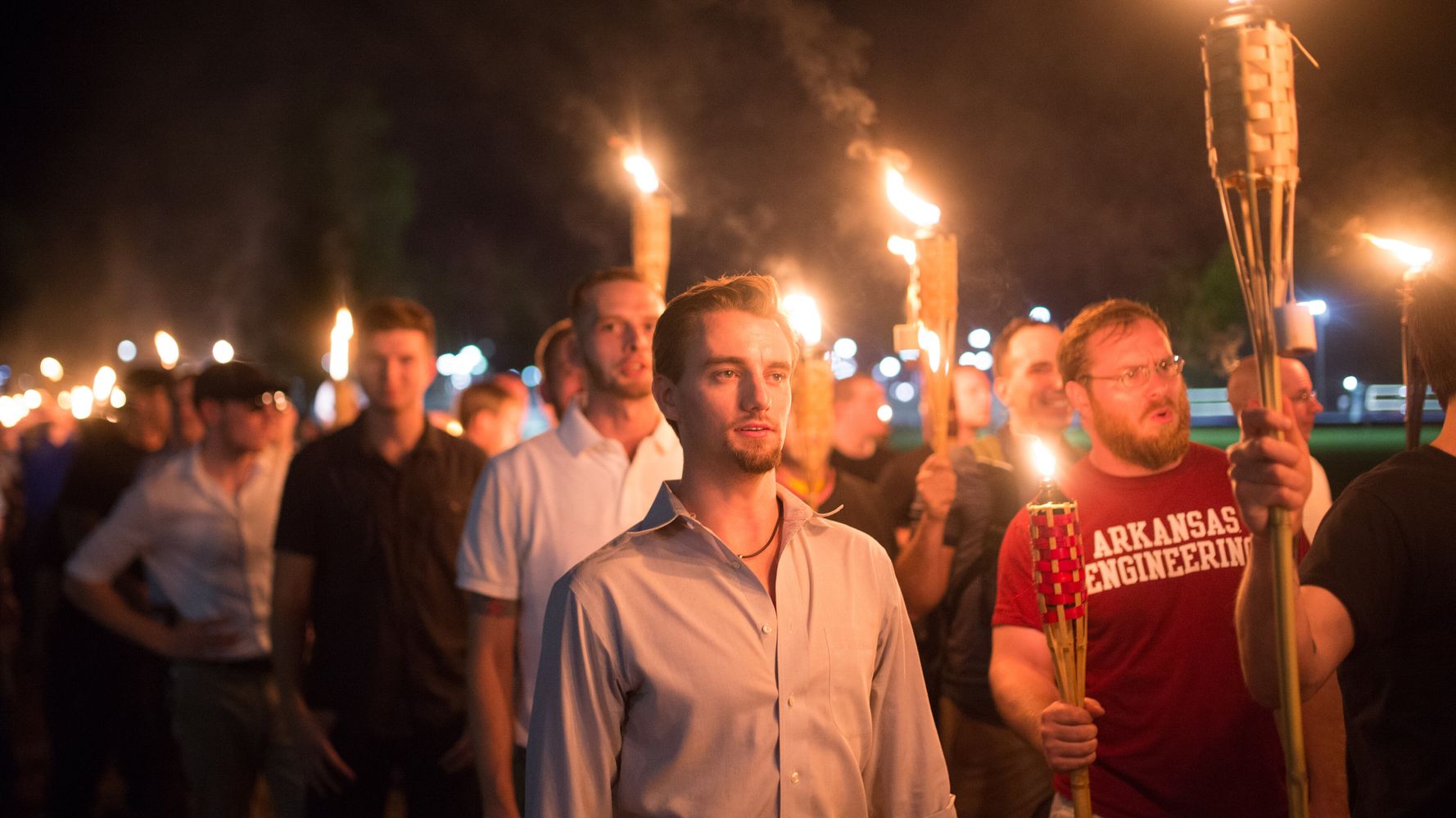 Spread the love
more
In their closing remarks on Thursday, attorneys for the nine people suing a group of white nationalists over the violent “Unite the Right” rally asked jurors to award each plaintiff a sum between $3 million to $10 million depending on the severity of their injuries.
Four plaintiffs were struck by James Alex Fields’ gray sedan on Aug. 12, 2017, when he accelerated into a group of counterprotesters who had turned out to support diversity and inclusion in the face of right-wing hatred ― killing one of them. Fields was tried and convicted of murder in 2019, receiving a life sentence plus more than 400 years.

He is now part of the expansive civil trial currently underway, which seeks to punish around two dozen individuals and groups accused of helping to organize “Unite the Right” with the goal of discouraging future extremist events like it. The case, which unfolded in federal court, is backed by the nonprofit Integrity First for America.

Every one of the plaintiffs suffers from “some form of PTSD” due to the events of that weekend, attorney Roberta Kaplan said Thursday.

Kaplan asked the jury to award Marcus Martin, Natalie Romero, Thomas Baker and Chelsea Alvarado ― who were all hit by the car ― damages between $7 million to $10 million. For the five others, the jury was asked to consider awarding between $3 million to $5 million each.

Martin was struck and hurled into the air after taking a moment to push his fiancée, plaintiff Marissa Blair, out of the path of the speeding vehicle. Baker also suffered severe injuries requiring hip surgery when the car flipped him upside down. Romero now lives with scars on her face and head from the incident.

But the “Unite the Right” rally had gone off the rails before it even officially began. The night before, hundreds of men marched across the University of Virginia’s campus in a loose formation carrying brightly lit tiki torches to a statue of Thomas Jefferson, who founded the school. A group of people ― mostly UVA students ― had formed a ring around the statue in a counter-demonstration. The tiki-torch marchers surrounded them, chanting alternately, “You will not replace us,” and “Jews will not replace us!”

Plaintiff Devin Willis said he was afraid he might be killed. Someone had thrown an unknown liquid on him, which he feared to be lighter fluid that could potentially ignite in the sea of torches.

A team of attorneys, led by Kaplan and Karen Dunn, spent weeks arguing their case, which employs a 19th-century law known as the Ku Klux Klan Act that was enacted to discourage violence against Black Americans in the wake of the Civil War.

Among the defendants is Jason Kessler, the man who obtained a permit from the city for a “Unite the Right” event on Aug. 12. (Notably, he did not ask permission for the tiki-torch march, even though messages show it was months in the making.) Other defendants include prominent white nationalists like Richard Spencer and Christopher Cantwell, who each were forced to represent themselves due to being unable to hire attorneys. A number of groups that advocate for a white ethnostate were also named.

Plaintiffs’ attorneys were tasked with proving that the long list of defendants was engaged in a violent conspiracy motivated by racial and antisemitic hatred. On their side is a huge array of digital evidence ― texts, emails, phone call logs, chats from the communications platform Discord ― showing the planning and preparation that went into “Unite the Right.”

“All of these leaders brought their troops to the battle,” Dunn told the jury Thursday.

Over the course of two and a half hours, she and Kaplan drove their case home, alleging that the defendants aimed to attract counterprotesters to their event so they could provoke physical attacks and respond with disproportionate force. Dunn read one message from neo-Nazi Jeff Schoep: “Hope they’ll crash our party.”

“The evidence in this case is crystal clear that this plan went as intended,” Dunn said. She highlighted the gleeful reactions to the car attack that killed 32-year-old Heather Heyer from some on the defendants’ side, such as when racist podcaster Christopher Cantwell referred to her as “the bleeding commie filth we sent to the morgue.”

But Dunn cautioned jurors not to allow themselves to be desensitized to the ugly language heard in court, saying that repetition is a tactic used by extremists to normalize hate ― the more you hear it, the less shocking it becomes.

Many defendants seized on the fact that not all of them were in touch with one another, or even knew one another prior to August 2017. However, plaintiffs do not have to prove that each defendant knew every other one in order to win. Fields, Dunn argued, was motivated by the same racist and antisemitic ideals as the others, even though he drove in from Ohio alone.

Spencer began his closing remarks by complaining that the trial felt like “character assassination” after plaintiffs’ attorneys once again brought up a particularly racist screed of his, and he ended his remarks by bickering with Judge Norman K. Moon over a Donald Trump quote.

Defendants also urged the jury to consider the right to free speech, pointing out that it covers unpopular beliefs.

“In this country, you’re allowed to like Hitler,” said an attorney for Schoep.

Kaplan and Dunn clearly seemed to anticipate the argument, dismissing it completely during their final presentation.

“There is no such thing as a permit to commit violence,” Kaplan said.