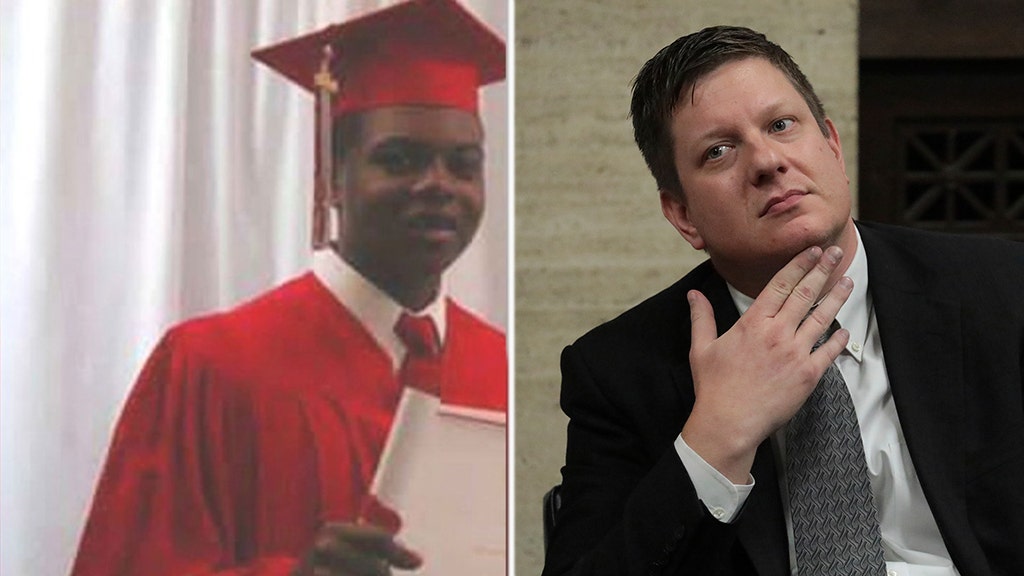 Former Chicago police officer Jason Van Dyke, who was convicted in 2018 of killing 16-year-old Laquan McDonald in 2014, will be released from prison next month, according to local reports.

Van Dyke was convicted of second-degree murder and 16 counts of aggravated battery in McDonald’s killing. In 2019, he was sentenced to 81 months in prison, or almost seven years.

Sources told FOX 32 Chicago, however, that Van Dyke is being released early in February on good behavior.

“Some media seems to be reporting that Mr. Van Dyke’s release ‘early’ is extraordinary. It’s not,” attorney Jennifer Blagg, who handled Van Dyke’s since-withdrawn appeal in 2019, told Fox News Digital in a Saturday statement, adding that each prisoner within an Illinois Department or Corrections facility convicted of second-degree murder must serve at least 50% of their sentence if they earn daily, good behavior credits.

“Hence, his out date was always going to be around this time period or earlier had he been allowed to earn additional good-time credit,” Blagg explained.

Van Dyke “does not want publicity,” she said. “As I have previously stated, this case has taken a huge toll on the family of Laquan, the City of Chicago, and Jason and his family. Jason accepted the verdict and sentence, as he did not appeal. Jason served the majority of his time in solitary confinement and never complained. I don’t presume to speak for Jason, but it is my sincere hope that he and his family are given their privacy as they welcome him back into their lives.”

Van Dyke initially attempted to appeal his sentence in 2019 but withdrew the appeal a year later.

Van Dyke’s attorney filed a motion with the court Sept. 29, 2020, asking that his appeal be dropped. Blagg said at the time that Van Dyke decided to withdraw his appeal because he’s trying to move on with his life.

“He thought it was in the best interest of all the parties involved, including the McDonald family, that there be some finality,” Blagg said.

The Rev. Marvin Hunter, McDonald’s uncle and pastor of Grace Memorial Baptist Church, told the Chicago Tribune that he hopes Van Dyke has “learned the errors of his ways.”

“I have always asked for justice and not revenge,” he said. “We got as much justice you could get with the players that were there at the time he was on trial. The system needs to be changed, it needs to be overhauled.”

Van Dyke shot McDonald in October 2014 as the 17-year-old walked away from police on a Southwest Side street while holding a knife. Dash cam footage from the incident shows Van Dyke firing 16 shots at McDonald, prompted protests, a Justice Department investigation of the Chicago Police Department and the firing of the police superintendent, among other changes.

Witnesses accused Van Dyke of using racial slurs and using excessive force against suspects. One of McDonald’s family members said during the trial that Van Dyke killed the teenager “without provocation,” and that McDonald was just starting to turn his life around when Van Dyke fatally shot him.

Van Dyke said in 2019 that he prayed “daily for the soul of Laquan McDonald.”

“I will have to live with this the rest of my life … taking it to my grave,” he said, adding: “I was a police officer trying to make dangerous decisions. No one wants to take a life.”

Van Dyke’s wife and daughters had pleaded for leniency in letters submitted to the judge ahead of his trial.

One of his daughters, Kaylee Van Dyke, blamed the media for shaming “police officers for doing their jobs” while taking the stand in 2019.

The Cook County State’s Attorney’s office did not immediately respond to an inquiry from Fox News.