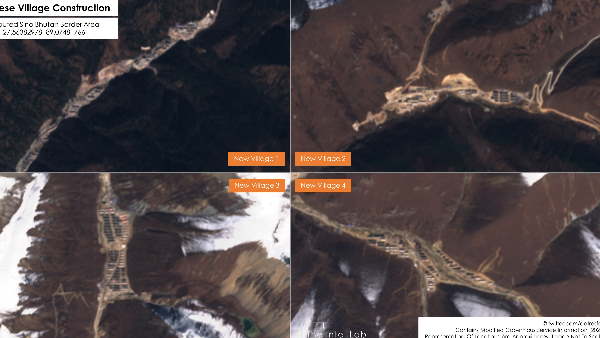 “China has built four villages near Doklam and occupied about 100 sq km of land, yet the Narendra Modi government at the Center is silent,” Congress spokesperson Gaurav Vallabh told a press conference here on Thursday. The government and the prime minister can no longer hide it. They will have to answer for it.

Response sought from the government regarding the pictures

Congress spokesperson Gaurav Vallabh said that from the new satellite images that have come to light, it is clear that China has built many Chinese villages in Bhutanese territory in the recent past. Many villages are visible in about 100 kilometers (25,000 acres). This all happened after May 2020.

He said that India and China also came face to face in Doklam in 2017. Now China has built villages there. This new construction is of great concern to India. This will make it difficult for our troops on the border.

Questions have been raised since the satellite photos

Open source intelligence detresfa Sharing the latest satellite images, China has said that China has built heavily in the last one and a half years in its disputed territory with Bhutan near Doklam. The construction is in an area of ​​100 km. It is said that China has built three or four villages and deployed a large number of troops there. The entire area is located near the Siliguri Corridor, known as the Chicken Neck of India. In that case, India would definitely be concerned.

In between is the disputed land # Bhutan , #China Near Doklam represents construction activity between 2020-21, many new villages spread over an area of ​​about 100 km are now a point in the landscape, whether it is part of a new agreement or implementation #ChinaTerritorial claims? pic.twitter.com/9m1n5zCAt4