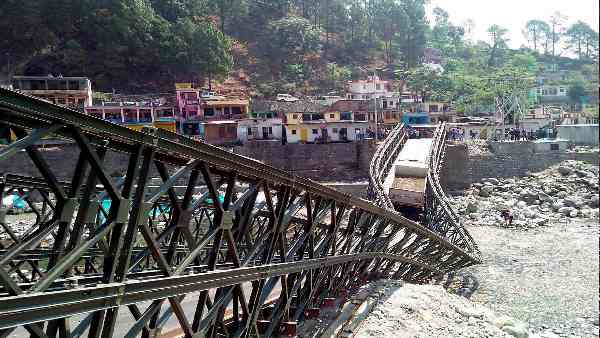 The flow of Ganga is being affected

The Indian Institute of Science (IISc) and the Indian Institute of Technology (IIT) -Kanpur have said in a study that human activities and climate change are affecting the flow of water in the Ganges basin. While it is already having a dangerous effect due to human activities, due to which not only the pollution is increasing but also its present is changing. The study, published in the journal Scientific Reports, states that the region is being affected by climate change and human activities such as the construction of dams. The research focused on the two important tributaries of the Ganges, Bhagirathi and Alaknanda, which form the Ganges at Devprayag.

The shape of rivers is changing – study

The western tributary of the Ganges is the Bhagirathi Gangotri Glacier and the eastern tributary is the Alaknanda Satopanth Glacier. Researchers have studied as far as Rishikesh in the upper Ganga basin. It may be mentioned that four dams in Bhagirathi Basin have been commissioned since 2010, while in Alaknanda Basin they have been commissioned since 2015. Between 1995 and 2005, the flow of water in the Alaknanda Basin doubled, which has been termed as excessive flow. According to the study, climate change and construction of dams in the Alaknanda region has led to a change in the speed of water, as dams and reservoirs have affected the siltation of rivers. This has had the effect of lowering the sediment in the Ganga basin, which has changed the shape of the rivers. (Image courtesy: Indian Institute of Science)

Water flow from reservoirs and dams was affected

The Himalayan region of India is most affected by climate change. The increase in the number of dams and reservoirs above has seriously affected the freshwater environmental processes in the Himalayan river basins. According to research, Tehri Dam plays a very important role in the area of ​​Upper Ganga Basin. Due to the large reservoir and water flow control structure, it prevents the flow of silt coming from above and also controls the amount of water flowing down.

Scientists have made great predictions

Researchers have predicted an increase in the intensity of this excess water flow and the incidence of floods in the Ganges basin will increase in the near future. Somil Swarnakar, a post-doctoral fellow at the Interdisciplinary Center at IISc, lead author of the study, said: Researchers say that what happens in the environment is uncontrollable. However, it is also reported that technology and new varieties. The hydraulic models of the river can be used to reduce the effect of the changing flow of the river, which can also be used to estimate the flow of water. (Photos – File)