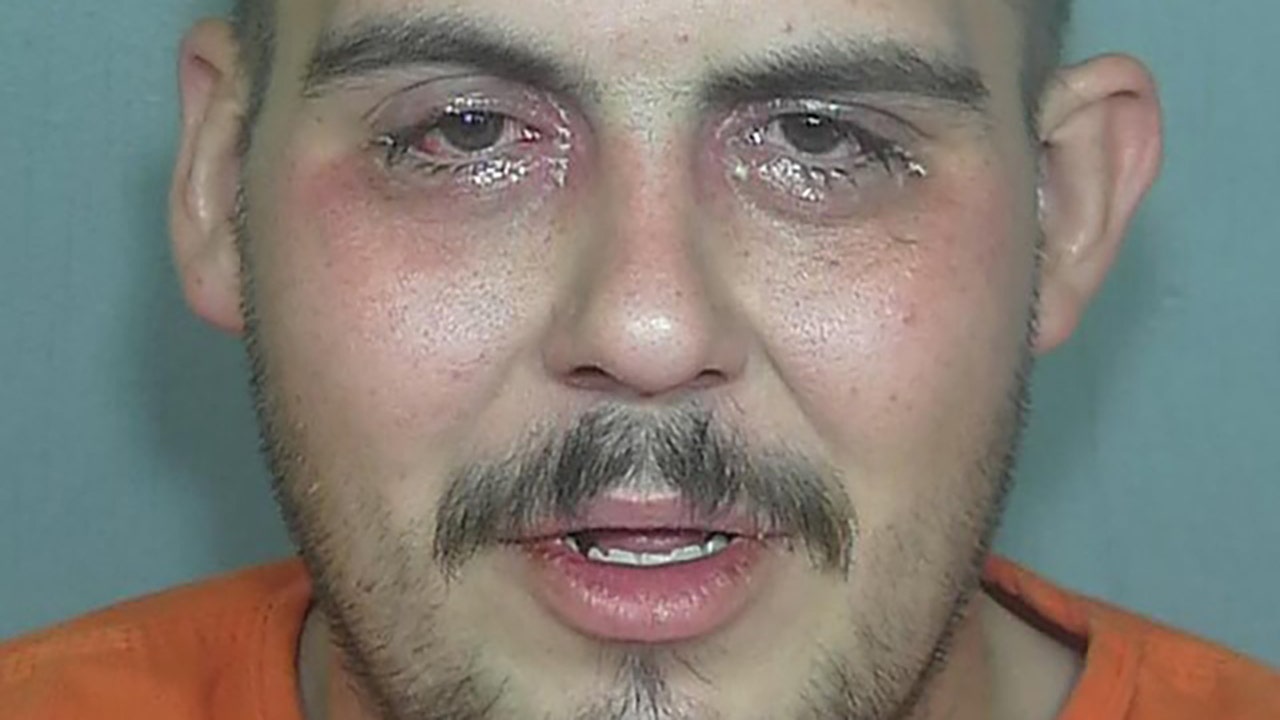 The Colorado shoplifting suspect who police say deployed bear spray Sunday when confronted by employees at a Greeley Walmart has been arrested.

Vince Joe Pacheco, 29, is set to face third-degree assault on an at-risk elder, aggravated robbery and other charges, KDVR.com reported.

Vince Joe Pacheco is accused of deploying bear spray during a shoplifting attempt at a Colorado Walmart.
(Weld County Sheriff)

Greeley police described a chaotic scene at the Walmart. Pacheco was confronted by store associates after allegedly shoplifting and deployed the bear spray, hitting three of them, police said. They tried to subdue the suspect and, at one point, Pacheco hit a 70-year-old employee with the bear spray can, police said.

Police responded to the scene on reports of a possible man with a gun at the store, and later determined that there was no gun. The report said employees were treated at the scene.

GET THE FOX NEWS APP

Greeley police responded to the scene and later arrested the suspect.
(Greeley Police)