Democrats Face Moment Of Truth: Will They Give Millionaires A Tax Cut? 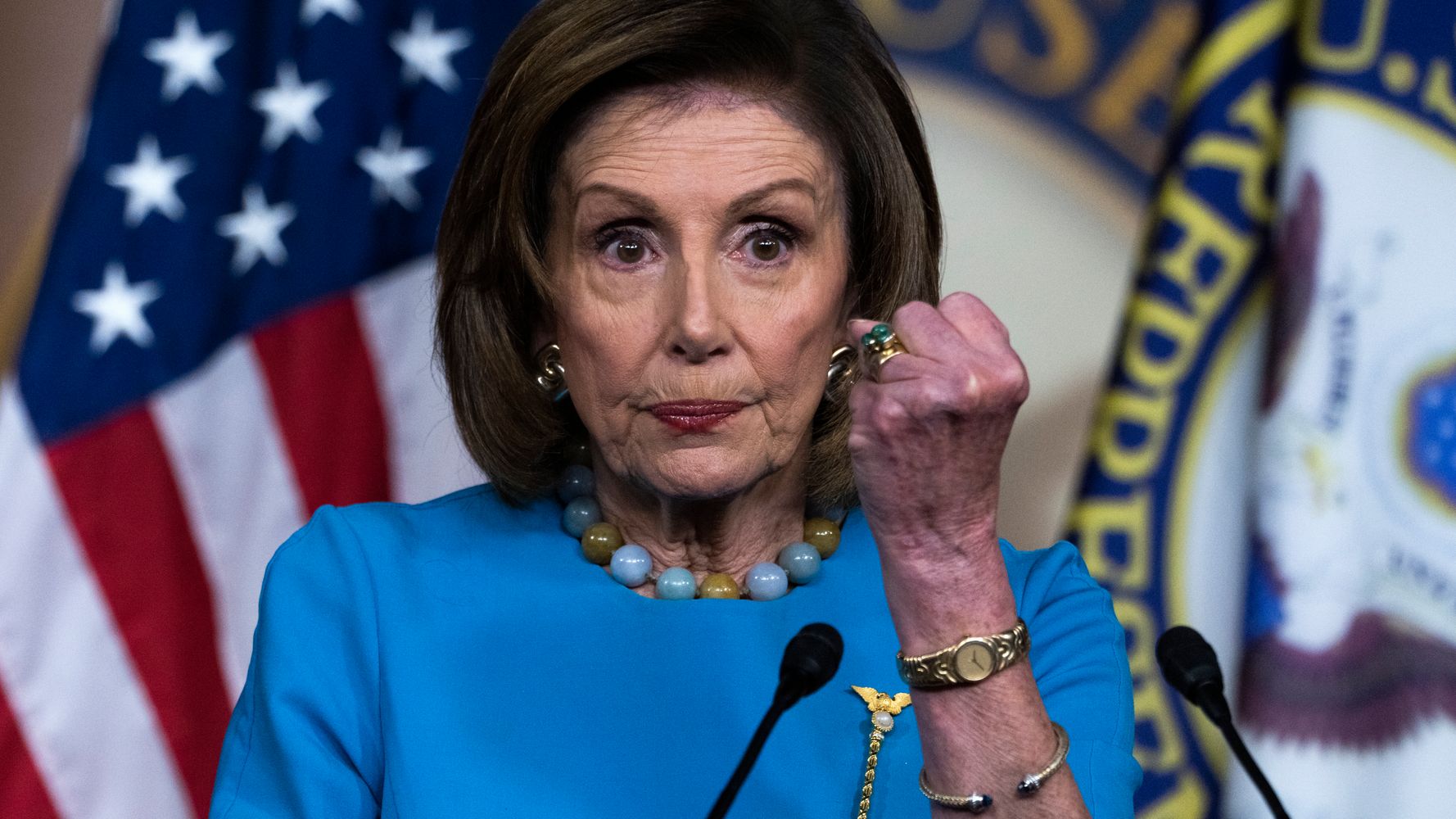 WASHINGTON ― Democrats are racing to pass their social spending and climate bill, the Build Back Better Act, before the end of the year with some of the bill’s major tax provisions unsettled.
One big question is whether the final version of the bill, the one that ultimately passes the Senate, follows through on years of campaign promises to raise revenue from wealthy taxpayers ― without also giving a tax cut to millionaires and a political gift to Republicans.

“It’s bullshit that we would even think about any kind of tax cut for the wealthy in this,” Rep. Tim Ryan (D-Ohio) told HuffPost. “I mean, the whole program here is to put money in the pockets of working people and take on China.”

At issue is a federal deduction for state and local taxes that overwhelmingly benefited the richest taxpayers until Republicans capped it at $10,000 in the 2017 Tax Cuts and Jobs Act. While that law’s tax cuts favored corporations and high-income households, limiting the deduction resulted in a net tax hike for some wealthy households in high-tax blue states like New York, New Jersey and California.

The Build Back Better bill Democrats hope to push through the House as soon as Thursday evening would raise the so-called SALT cap to $80,000. As a result of that change, the overall bill would give two-thirds of millionaires a net tax cut, even with all the bill’s other tax hikes included.

Republicans wasted no time hitting Democrats over the proposal despite their general stance in support of tax breaks for businesses and wealthy Americans. Sen. John Barrasso (R-Wyo.) said Democrats were giving a “massive tax cut for New York and California millionaires and billionaires.”

“Democrats are insisting on giving a huge tax windfall to the wealthy 1% of Americans by lifting the reasonable SALT cap,” added Rep. Kevin Brady (R-Texas.).

But the bill is almost certain to change in the Senate, where Sens. Bernie Sanders (I-Vt.) and Bob Menendez (D-N.J.) have a counterproposal: Leave the limit for the deduction at $10,000 but create an exemption for households earning less than $400,000 annually.

“I think it’s bad politics, it’s bad policy,” Sanders told reporters on Thursday, referring to the House bill’s SALT provision. “The bottom line is we have to help the middle class, not the 1%.”

The Sanders-Menendez provision would exclude millionaires and the richest 1% from using the deduction at all. The income limit would neutralize the “millionaire giveaway” criticism of the bill, though high-earners will still get most of the benefit from the deduction.

But Democrats who represent coastal states that rely on state and local income taxes to fund more generous government services, and where the cost of living is typically higher, argue that their constituents are getting unfairly hit by the capped deduction. Because high-income homeowners would be able to deduct their state and local property tax payments from their federal taxable income, local governments would face less pressure to reduce their taxes on those households.

“In states like ours that have a little bit higher reliance on property taxes, the middle class gets socked pretty hard,” Sen. Chris Murphy (D-Conn.) told HuffPost. “I think there’s a compromise here, but it’s certainly not an issue that’s exclusive to wealthy taxpayers.”

House Speaker Nancy Pelosi (D-Calif.) also disputed the fact that millionaires would benefit from the House bill’s changes to the deduction, saying Thursday that the real beneficiaries would be residents of states that use tax revenue to provide social services.

“That’s not about tax cuts for wealthy people,” Pelosi said. “It’s about services for the American people in our communities where we have taken care of our people: education, transportation, health care, all of the issues that public service brings to people was slashed by the Trump administration, and we’re just turning that over.”

The House could vote on its version of the bill as soon as Thursday or Friday depending on the release of formal analyses from the Congressional Budget Office and the Senate parliamentarian.

Rep. Richard Neal (D-Mass.), the lead on tax policy in the House, said he didn’t know if the Sanders proposal was gaining any traction with the House members who have insisted on a full repeal of the SALT limit.

“It’s hard to say because the margins are so tight here,” Neal told HuffPost Thursday. “It’s just very hard to say. It’s kind of moving back and forth.”

Since Democrats control just 221 seats in the House, and it takes 218 yes votes to approve legislation, they can lose only three of their own and still pass Build Back Better.

The members who are most committed to undoing the SALT limit won’t say how they feel about the Senate alternative to the House bill.

“I’ll say something after we vote,” Rep. Tom Suozzi (D-N.Y.), whose motto has been “No SALT, No Deal,” told HuffPost.

“I think the Senate will take care of that,” Jayapal said. “I think Senator Sanders and Senator Menendez have solutions.”