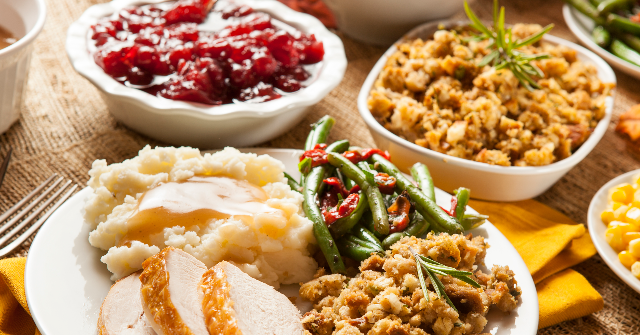 One Michigan family will be having a particularly special Thanksgiving after adopting their ten-year-old foster child Christopher just before the holiday.

The Kurt family of Oakland County adopted their son Christopher on Tuesday, which happened to be Michigan Adoption Day.

“Hi, my name is Christopher William Kurt, and I just got adopted,” the newest member of the Kurt family told WXYZ.

His parents, Dave and Kathie Kurt, and their three children have been looking after children for eight years, WXYZ reported. Once Christopher came into the fold in 2017, they realized there was another family member in their midst.

“He was such a part of our family, loved by so many people. It wasn’t our plan, it was something we knew in our hearts that it was the right way to go,” Dave Kurt explained.

“We are back to finding babysitters that we never knew would need it again,” said Kathie.

“You are a gift to each other, thank you for opening your hearts and your home,” said Cavanagh.

“Let me be the first to say congratulations to this family,” Gant told the Kurts.

Judge Gant shared WXYZ’s story to her Facebook page and shared her delight in presiding over the adoption.

“Presiding over the finalization of the adoption of this adorable little boy into this loving family was an exciting and emotional experience for all,” Gant’s post reads. “Thank you Justice Megan Cavanagh for participating and making it extra special.”

Today is Michigan Adoption Day. There are more than 100 reasons why I love my job as a Circuit Court Judge assigned to…

Christopher endured a tumultuous journey to get where he is now. In 2017 WXYZ reported on a Detroit drug bust in which seven kids, including Christopher, were found living in deplorable conditions.

“No food, no water, the kids didn’t look to be in good condition, there was actually dog feces all around,” Detroit Police Department Sgt. Adam Madera told the outlet.

Though the ten-year-old has not had an easy journey, he has a bright future with loving parents and older siblings.

“Don’t tell the other siblings, but my favorite person, my favorite sibling, he has just become one of the most special people in the world to me,” his sister Madelyn Kurt told WXYZ.