From scrap to becoming the owner of 17 billion, know the assets of Malik Yousuf who got MLC ticket from Congress Congress MLC candidate Yousuf Sharif has Rs 1744 crore in Karnataka 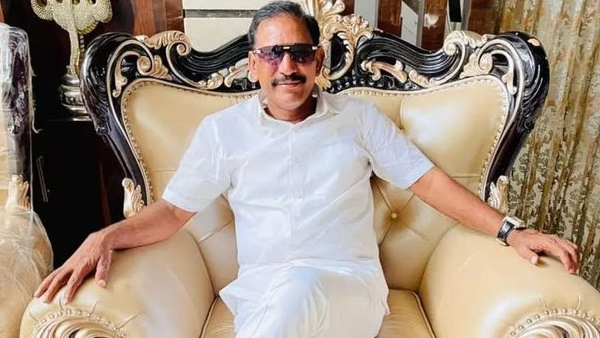 Sharif is known as ‘Gujri Babu’ or ‘Scrap Babu’.

Sharif, who was in the scrap business before moving into real estate, has stated in the affidavit that he and his family have assets worth Rs 1,744 crore. The 54-year-old Sharif is known as ‘Gujri Babu’ or ‘Scrap Babu’. He is a resident of Kolar Gold Field. He has studied up to class five in a government school and has two wives and five children.

Sharif has a watch worth Rs 1.10 crore

He bought a Rolls-Royce Phantom car from Bollywood actor Amitabh Bachchan. In August 2021, his Rolls-Royce car was confiscated by RTO authorities for a road tax violation. Reports say that when CK Jaffer Sharif was Railway Minister, he got scrap deal from Indian Railways. That changed his fortunes. Sharif used to run a bakery. When the damage was done, he started driving auto and after that he got involved in scrap business.

Video: This parrot is fond of bathing! Enjoy automatic water tap and shower

The family owns vehicles worth over Rs 3 crore

He has 12 bank accounts and a debt of Rs 67 crore. He has Rs 16.87 crore in various bank accounts and Rs 17.61 crore as investment in bonds, debentures or shares. The family owns vehicles worth over Rs 3 crore, including a Rolls-Royce car worth Rs 2.01 crore, two Fortuners worth Rs 48-48 lakh and jewelery or valuables worth Rs 3.85 crore.

Yusuf has become the richest leader in Karnataka