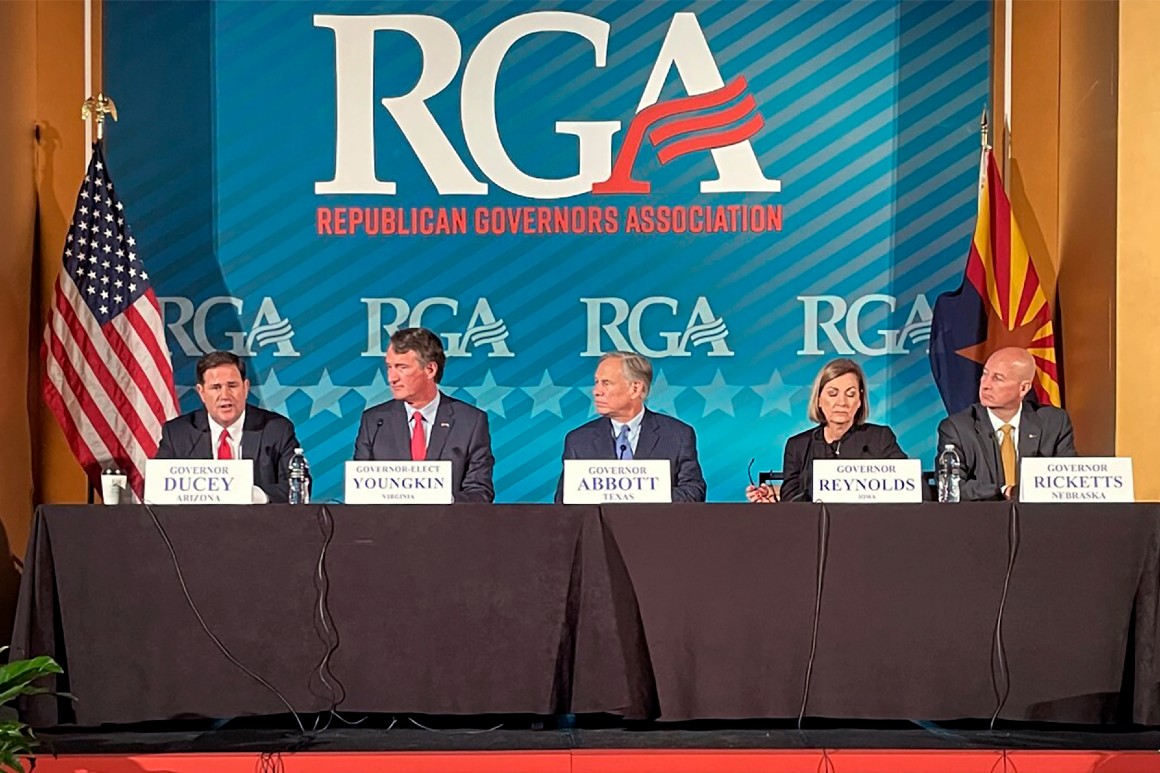 A survey of the Virginia race conducted by a team of Republican pollsters reinforced the notion that voters thought McAuliffe’s focus on Trump was a waste of time. The survey showed that 71 percent agreed with the statement that, “Terry McAuliffe spent far too much time and money running against Donald Trump who wasn’t even on the ballot. He would have done better if he focused on running against Glenn Youngkin instead.” Only 20 percent disagreed.

Wes Anderson, one of the pollsters who conducted the study and held a breakout session on it at the conference, said the debate about “critical race theory” hurt Democrats as well, but its importance has been overestimated. He said the issue gained such salience and interest because parents, especially in affluent Virginia suburbs, had started to pay more attention to their kids’ schooling in general due to pandemic lockdowns and the challenges of distance learning. And parents didn’t like what they saw, he said.

Anderson told the conference that sentiment is playing out across the nation, although Biden’s sagging approval ratings are also among the most consistently problematic factors for Democrats.

“The guy who’s sitting in the Oval Office will always play a bigger role than the guy who’s not,” Anderson said.

As a result, Republicans see pickup opportunities in states Biden won by a smaller margin than Virginia, such as Michigan, Wisconsin, New Mexico and Nevada. Republicans also expect the massive cash advantage enjoyed by Gov. Greg Abbott in Texas and Gov. Ron DeSantis in Florida will force Democrats to make tough choices about spending in red states or saving their money to protect vulnerable incumbents elsewhere. In all, Republicans are defending 20 incumbents and Democrats are protecting 16.

New Hampshire Gov. Chris Sununu, who recently announced he would forego a Senate bid and instead run for reelection, was critical of Trump’s baseless election conspiracy theories and said Republicans need to pay attention to how Youngkin won Virginia, particularly when it comes to education.

“The teachers unions and these systems are prioritizing the system over the child, and every parent is standing up and saying, ‘Wait! Wait! Wait! I have a say. My kid is an individual and should be treated as such’,” Sununu said.