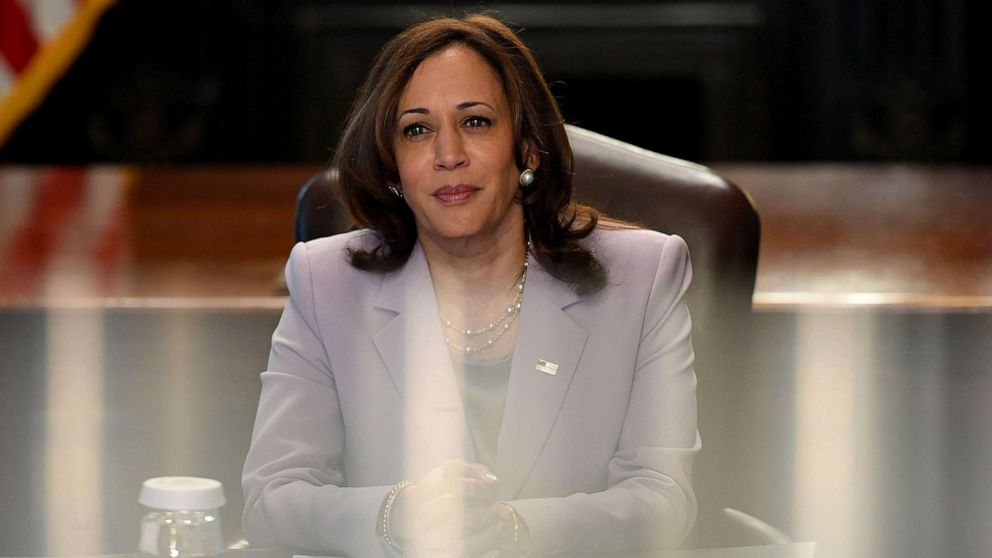 In an exclusive interview with “Good Morning America” Co-Anchor George Stephanopoulos, Vice President Kamala Harris defended her job performance, insisting she and President Joe Biden have been able to deliver for the American people.

“Vice presidents always face chatter about their role and their relevance. You’re no exception to that. Even your close friends and allies like the lieutenant governor of California, Eleni Kounalakis, have expressed some frustration because they think you can be more helpful than you’ve been asked to be. Do you share that frustration? What do you say to your friends who are frustrated?” Stephanopoulos asked.

“This was a good week, and this week, when we got this Bipartisan Infrastructure Act passed and signed by the president, makes a statement about all of the hard work that has gone into it, month after month after month. I’ve traveled around the country, as has the president,” Harris answered. “We have convened members of Congress, we have convened people around our nation, asking, ‘what do you want?’ And this is a response to what they want. And it’s actually going to hit the ground in a way that is going to have direct impact on the American people. We’re getting things done, and we’re doing it together.”

“So, you don’t feel misused or underused?” Stephanopoulos followed up.

“No,” Harris said. “I don’t. I’m very, very excited about the work that we have accomplished. But I am also absolutely, absolutely clear-eyed that there is a lot more to do, and we’re gonna get it done.”

Harris’ defense comes in the wake of a CNN report that alleges the West Wing has grown frustrated with Harris and her staff, describing dysfunction within her office and frustration with her lack of visibility with the American people.

Her chief spokesperson, Symone Sanders, pushed back on the depiction of Harris in the report, saying in a statement, “It is unfortunate that … some in the media are focused on gossip — not on the results that the President and the Vice President have delivered.” Harris’s team members echoed solidarity with their boss, saying they were “honored” and “proud” to work for her.

The negative report comes as the White House is eager to tout passage of a $1.2 trillion infrastructure spending package. Harris was front and center at Biden’s signing ceremony for the bill Monday, introducing the president and standing over his shoulder as he signed the bill into law.

But even as the White House celebrates that victory, Americans continue to feel the effects of the steepest rise in inflation in 30 years.

“It’s real. And it’s, it’s rough. Groceries — the cost of groceries — has gone up, the cost of gas has gone up. And, as this is all happening, in the context of two years of a pandemic. Over 700,000 lives lost much less the loss of livelihoods and, and a sense of normalcy. So, it’s a lot. And it’s one of the highest priorities actually, for the president and for me,” Harris said of the challenge inflation poses.

“Essentially what we need to do is, we need to bring down the cost of living and so we’re dealing with this issue in a number of ways,” she said. “The short-term issue, and the long-term issue.”

“We passed this week, the infrastructure bill, bipartisan infrastructure bill, and that’s going to be about repairing roads and bridges and bringing internet and high speed internet to all families. But also we need to deal with the cost of child care, the cost of prescription drugs, the cost of housing, and that’s what we intend to do when we get the Build Back Better agenda passed,” Harris said, referring to Biden’s next major priority — the $1.75 trillion social spending package.

“I know you hope to get that passed, but as you know, several people including Senator Manchin, who could be the key vote on Build Back Better, believe that the bill is actually going to make inflation worse,” Stephanopoulos said. “That’s why they’re holding back.”

Harris responded, “So, here’s the thing, talk tot 17 Nobel laureates who are economists, who actually have studied the issue and have indicated that we’re not looking at a contribution to inflation, but actually we’re going to bring prices down. In fact, today Moody’s and a number of others have said, listen, when you look at the numbers, the whole point about inflation and why it hurts us is because prices go up. With the Build Back Better agenda, it’s gonna bring the cost down, again, cost of child care, elder care, housing. These are very critical issues for American families, who have to make very difficult choices about whether they can afford to pay for child care, or prescription drugs, or, or pay the rent. So, that’s what we’re going to actually accomplish, accomplish with this, is to bring the prices down.”

While Harris has been involved in negotiations on the spending packages, making phone calls to lawmakers and hosting groups like the Congressional Black Caucus, she has also lately been bolstering her credentials on the world stage, traveling last week to France to meet with President Emmanuel Macron and participate in multiple international conferences. The trip abroad was her third as vice president, after a trip to Asia overshadowed by the U.S. military withdrawal from Afghanistan and a thorny trip to Guatemala and Mexico to discuss the root causes of migration.

Addressing historic levels of illegal border crossings, Harris told Stephanopoulos it will not be a quick fix.

“It’s not going to be overnight. We can’t just flip a switch and make it better,” she said. “The reality is that we inherited a system, an immigration system that was deeply broken, and it’s requiring us to actually put it back together in terms of creating a fair, um, process that is effective and efficient.”

Stephanopoulos asked Harris about reports the Department of Justice was weighing making payments of as much as $450,000 to migrant families forcibly separated at the southern border under a Trump administration policy. Biden has indicated the payments won’t be that large, but that he does support payments to the families in general.

“Is there going to be compensation? How much is it going to be?” Stephanopoulos asked.

“Well, as you know, there’s, there’s apparently some litigation around that, and that will be resolved in court,” Harris said.

“So, but, but the White House is open to it?” Stephanopoulos pressed.

“Well, the, usually courts rule on that kind of thing,” Harris demurred.

Stephanopoulos asked Harris whether Biden has told her whether he’s going to seek reelection in 2024. Harris maintained that she and Biden are focused on infrastructure, national security and other priorities.

“So, you’re not discussing 2024 yet?” Stephanopoulos asked.