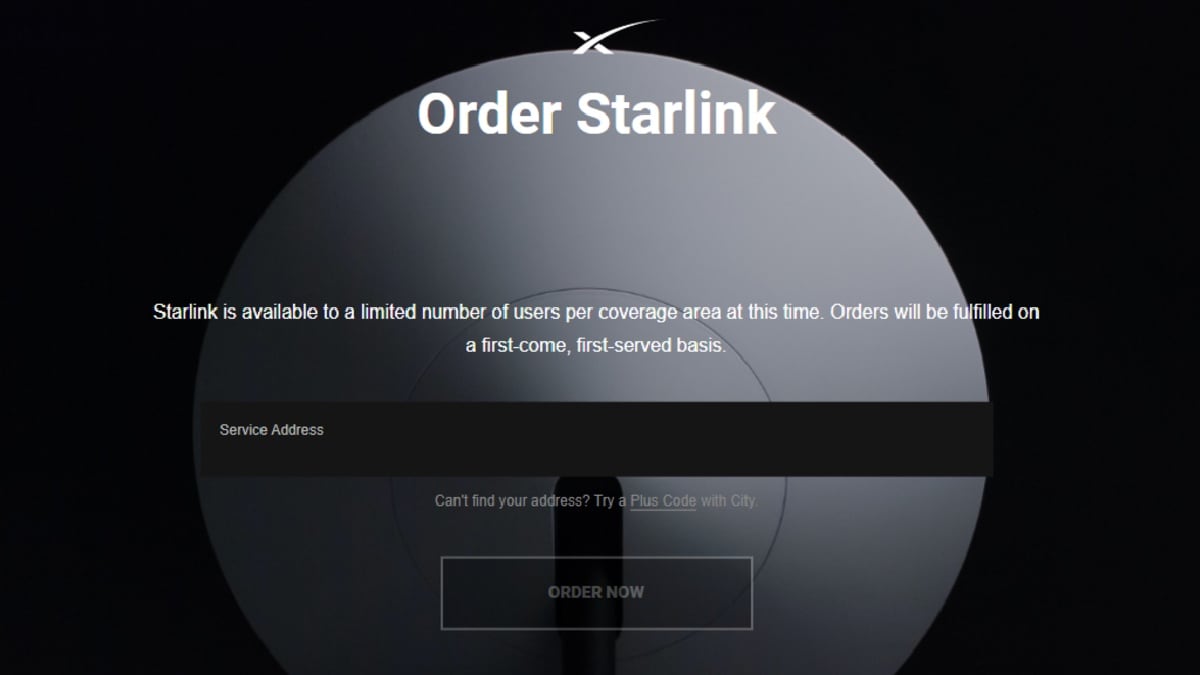 SpaceX’s satellite-based internet service Starlink can now be registered in India as well. However, according to the company’s registration page, the service is unlikely to be launched in India before 2022. In addition, it has been clearly stated that the service will be launched in selected areas and will be provided on a first come first served basis. Tesla owner Elon Musk’s space exploration technology company SpaceX has launched this unique project to provide Internet access through Starlink Satellite. Musk has also successfully launched the project based on testing in several cities. Starlink is a satellite internet network. The network will have thousands of small satellites connected to ground-based transceivers.Starlink’s pre-orders are open to everyone in India. If you are also thinking of pre-ordering it, read all the important information related to it below.

Starlink is a company official Website It can now be pre-ordered in India as well. The pre-order costs $ 99, which is about Rs 7,200. The pre-order process is as follows: –1. First, visit the Starlink website

2. Here you must first check the availability of your area. You must enter a name for your area. If you can’t find your area by entering a name, you can also search by pin code for your area by clicking ‘plus code’ at the bottom of the search box. After entering the PIN code, click ‘Order Now’.

Note: Examining the availability of Starlink in various states of India by Gadgets 360, it was found that the launch of the ubiquitous service is estimated to be in the year 2022.

3. Starlink will now ask you for some personal information, such as your name, phone number, email and billing address. It is important to record all of this information.

4. After that you have to pay by clicking on ‘Place Deposit’. Please note that this amount is fully refundable. You can also cancel a pre-order.

Another unique project of Tesla owner Elon Musk’s company SpaceX has been launched to provide internet through Starlink Satellite. Musk has also successfully launched the project in several cities. It now appears that Musk is planning to launch it in India by 2022. In the Starlink project, the company can provide internet service to any corner of the world via satellite. Starlink is a satellite internet network. The network will include thousands of small satellites, connected to ground-based transceivers. As of May 2019, SpaceX has placed a total of 60 working satellites in orbit, and the company plans to increase that number to 42,000 satellites by mid-2027. As of January, SpaceX had launched more than 1,000 Starlink high-speed Internet satellites, according to CNBC.

Will Starlink succeed in India?

If you look at other countries, Starlink is definitely not a cheap deal. Consumers in India may also have to spend huge sums for the kit. At the moment, it remains to be seen how cheap Elon Musk will keep this service to revolutionize the broadband industry in India. Especially when many other ISPs (Internet Service Providers) including Reliance Jio, Airtel, BSNL in the country are providing high speed broadband internet at very cheap rates. However, StarLink has the potential to provide high-speed internet even in remote areas compared to regular broadband and this is its biggest USP. The Internet can be reached via satellite even in remote areas where cable broadband access is not possible. However, it is also important to note that the population living in such areas will not show much interest in using expensive internet. The success of Starlink in India will depend entirely on its price.<!–