I’m a pediatrician and had no paid parental leave. At 8 days postpartum, I was in the ICU and had a medical bill of over $400,000. 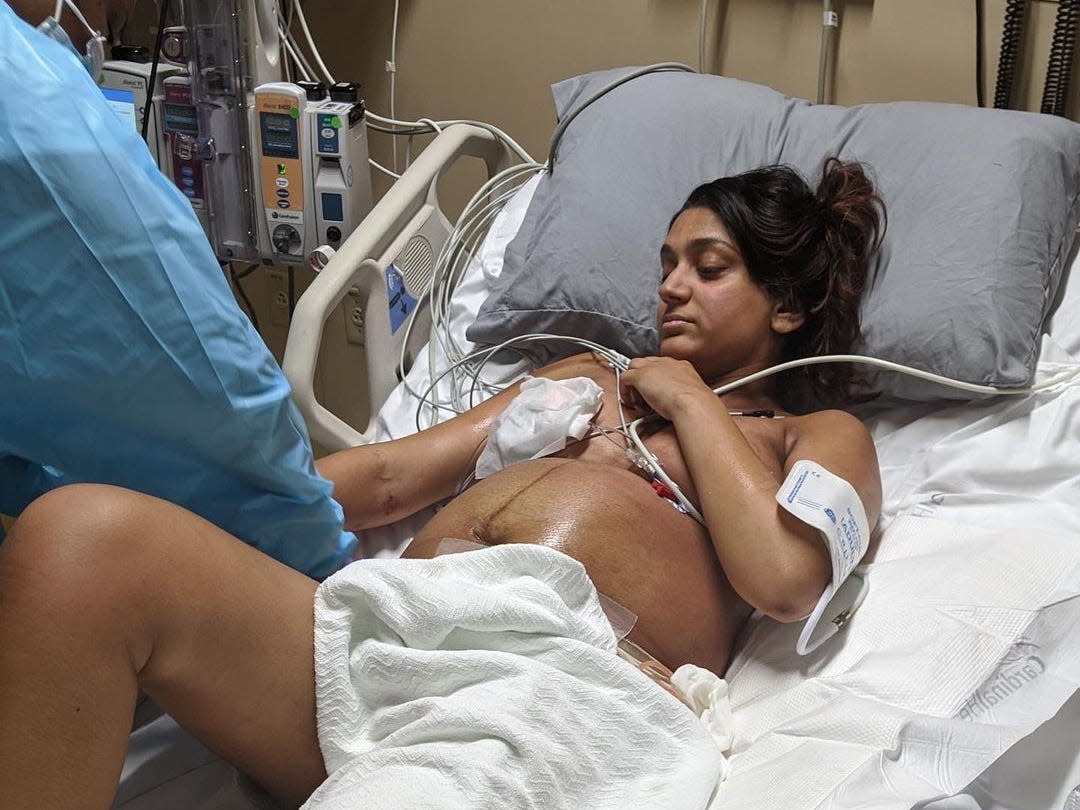 My maternity leave was unpaid, with 12 weeks from the Family and Medical Leave Act. That meant my job would be guaranteed to me upon my return but that I would not be paid while I was away.

I’m a full-time pediatrician married to an emergency-room pediatrician with medical-school loans and a child on the way, so this didn’t sit well with me. But in Florida, there was no other option, as there’s no state-mandated paid maternity leave.

To assist financially, we took out short-term disability, which has to be taken out before pregnancy and contributed to with each paycheck.

My husband, who is an ER physician, had no paternity leave. If he doesn’t work, he doesn’t get paid, which is common in many privately owned ER groups. When he took the job, he knew this, but it was harder given both our son and I were admitted to intensive-care units.

I had a traumatic birth, which meant a C-section for me followed by another abdominal surgery a week later, an ICU stay, and a neonatal ICU stay for my son.

Between sponge baths and pumping sessions, I was on the phone with my benefits department and health insurance, discussing my options to ensure that this admission wouldn’t break the bank.

It took me an entire year of fighting claims with our insurance, things being labeled in or out of network, to have to pay only $12,000 out of pocket.

Because of my complications, I was able to receive 16 weeks of maternity leave. I had to use my PTO and vacation days toward maternity leave, and I had short-term disability, so in the end, I had four weeks with full pay (using vacation days I ended up not having in 2020 as a new mom), eight weeks of short-term disability of 60% pay that I contributed toward, and four weeks unpaid.

Healthcare and paid leave in the US need a total remake

Our healthcare system and paid-leave policy in America need a major overhaul, and it begins with valuing women.

The US is one of just six countries without any form of national paid leave and one of seven without national maternity leave. What sort of message are we sending to moms?

I’m crying for all the moms or moms-to-be who are being told that they don’t matter.

We are being told to reenter into the workforce while we are still in pain or bleeding through adult diapers. And many have no adequate child care because we don’t value affordable child care either.

My hope is that we will see paid postpartum leave for all caregivers in the next five years.

Paid leave would not only allow parents to recover from the joys and traumas that becoming a parent can bring; it will also allow time for a parent to bond and learn about the new being they are now responsible for caring for.

It’s about time we start valuing parents and children with better policies.