India’s ‘Brahmastar’ to be built under China’s nose, Philippines approves purchase of BrahMos missiles Philippines to buy BrahMos anti-ship missile system from India, a major blow to China in the South China Sea 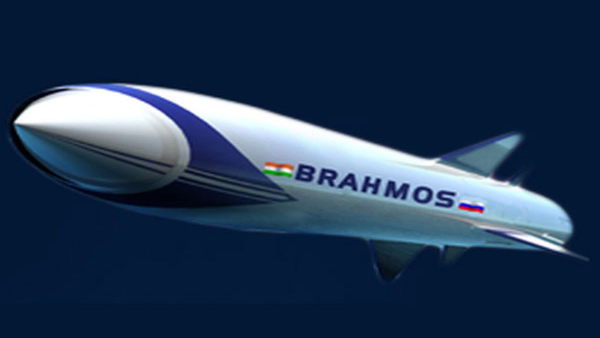 The Philippines on Friday approved India-made BrahMos Aerospace Pvt Ltd to buy the world’s fastest supersonic anti-ship cruise missile for its navy. India and the Philippines have signed an agreement worth about 37 370 million for BrahMos missiles, and the deal will be signed soon. Let me tell you that this is India’s first foreign deal and the Brahnos missile has been built indigenously in collaboration with Russia. The Philippine Department of National Defense has informed BrahMos officials of the deal.

The Philippines relies on BrahMos missiles

India has taken the first major step towards becoming a defense exporter and now a final agreement has been reached between India and the Philippines for the sale of BrahMos missiles. India’s agreement with the Philippines on the BrahMos missile is considered significant in two ways. First of all, the Philippines has become India’s first defense customer, while the Indian Philippines will be in a position to retaliate against China’s aggression by placing BrahMos in the South China Sea.

Direct challenge to China in the South China Sea

Why is the Philippines buying BrahMos from India?

The supersonic BrahMos missile, developed by India and Russia, can strike an enemy anywhere in the water, on land and in the air, and is a missile that cannot be captured by any radar in the world. It is a supersonic missile, meaning that its speed is greater than the speed of sound. That is why the BrahMos missile is a very dangerous missile and no Chinese radar can kill BrahMos, so China is also afraid of India’s BrahMos. The speed of Indian BrahMos is three times the speed of sound and it can wreak havoc in an area of ​​up to 290 kms. The Philippines wants to use BrahMos to protect its beaches. At the same time, the Philippines has openly threatened Chinese law and now the Philippines wants to defend its territory.

India to become an arms dealer

India is one of the largest arms buyers in the world. But in the last few years, India has shifted its focus towards becoming an arms exporter. India wants to sell the supersonic cruise missile BrahMos with a range of 292 km to its allies and it has so many qualities that the BrahMos missile is proving to be a lucrative deal for many small countries. Therefore, BrahMos has become a ‘hot-selling’ weapon for the DRDO and the Department of Defense Production. The Indian government aims to raise 5 5 billion by 2025 by selling BrahMos missiles. The BrahMos is manufactured in Hyderabad and is repaired and maintained in Hyderabad and its important parts are Russian. Its engine and radar system is from Russia, which is considered very dangerous.

How proud India is of BrahMos missiles

The BrahMos is a short-range Ramjet supersonic missile developed in collaboration with Russia in India. This missile has many features. It can be launched from submarine, ship, ship or land … anywhere. The supersonic BrahMos missile has been jointly developed by Russia’s NPO Machostroenia and India’s Defense Research and Development Organization (DRDO). The missile is based on Russia’s P-800 Okin’s cruise missile technology. The Indian Army is using BrahMos missiles.

Able to kill air to air