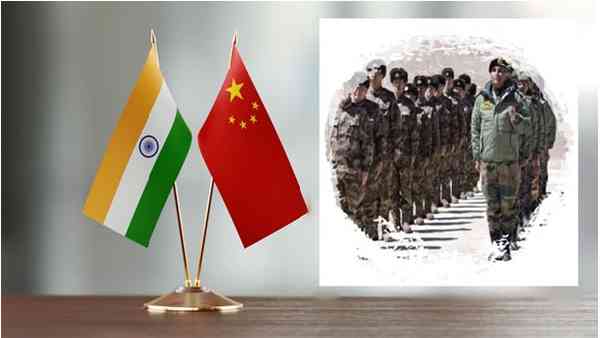 Record boom in trade with China in 2021

Trade between India and China also reached a record high of US $ 125 billion in 2021; And the 100 100 billion limit has been exceeded. It was a year when relations between the two countries in eastern Ladakh were deteriorating due to the long-running conflict between the two armies. India’s trade deficit has also crossed 69 69 billion, according to official data released on Friday by PTI.

China’s state-run media Global Times, citing figures from the General Administration of Customs, said total trade between India and China stood at 125 125.66 billion in 2021, up 43.3 per cent from 2020. From January to December last year, exports from China to India increased by 46.2 per cent to 97 97.52 billion. Exports from India to China also increased by 34.2 per cent to 28 28.14 billion during the same period.

India’s trade deficit with China will increase to .3 69.38 billion in 2021. India has been expressing concern over the growing trade deficit with China for more than a decade and is urging Beijing to open up its markets for Indian IT and pharmaceutical products. Observers say that most of India’s exports from China have increased this year as the import of raw materials for its medical products and pharmaceutical industry needs has accelerated due to the second wave of Kovid.

The blockade began in eastern Ladakh in May 2020

However, due to a standoff between the two countries’ armies in eastern Ladakh, the incident of bilateral trade crossing the 100 billion mark was not much discussed. The border clash between Indian and Chinese forces began when violent clashes broke out between the two on May 5, 2020 in the area of ​​Pangong Lake and were followed by the deployment of heavy weapons with thousands of troops from both the countries. Side ..

Read also: China claims to have deployed robotic troops on LAC, Indian Army says we have not seen anyone

There are still soldiers and weapons on both sides

However, due to military and diplomatic negotiations, both armies completely withdrew from the Gogra region in August and from the north and south shores of Lake Pangong in February. The two sides held the 14th Corps Commander level talks on January 12 this year to resolve the stalemate with the rest of the region and agreed that the next round of talks would take place soon. Currently, about 50,000 to 60,000 troops from both countries are stationed in the mountains of eastern Ladakh on either side of the Line of Actual Control (LAC). (Pictures of ships – symbolic)