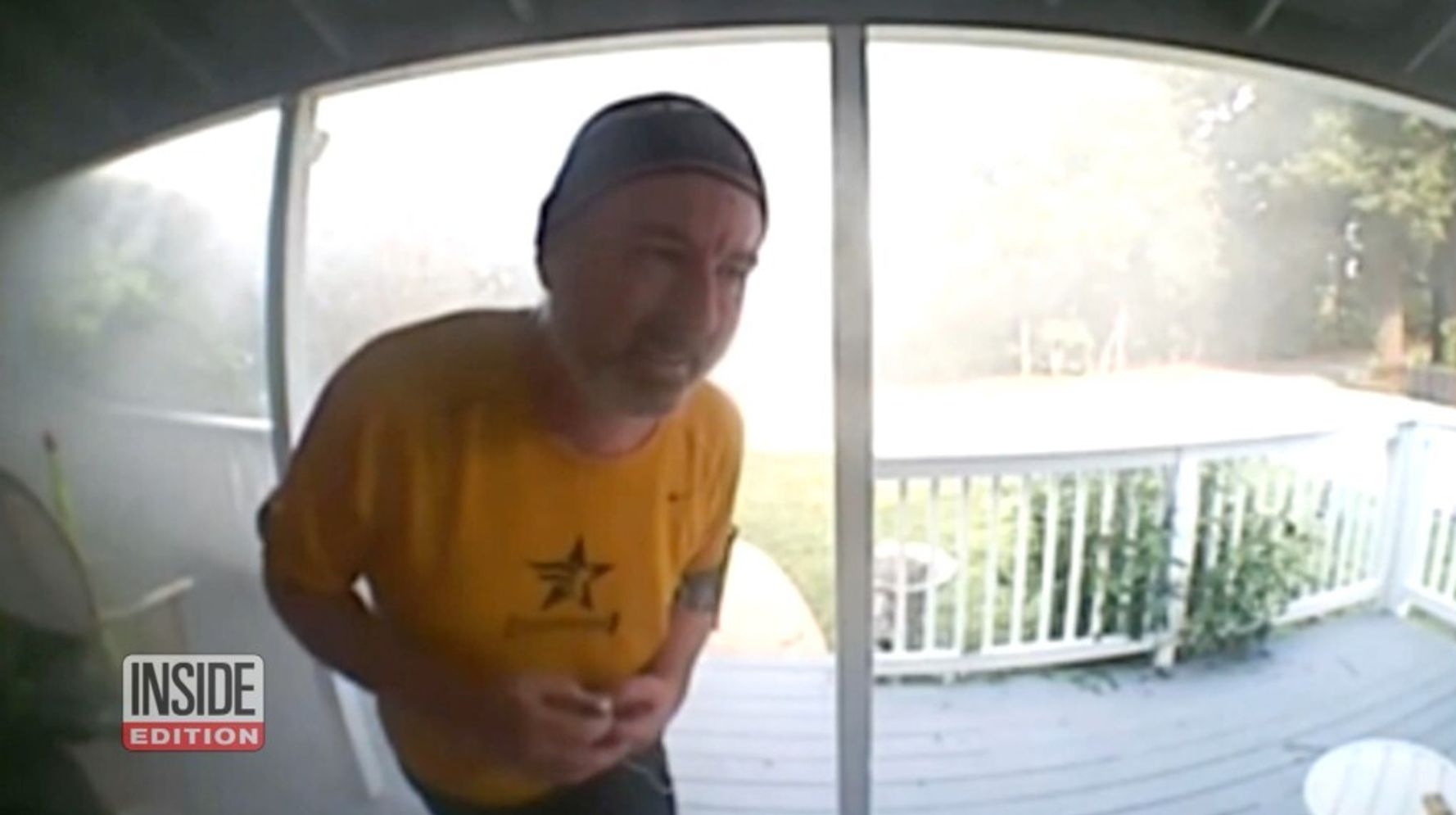 Spread the love
more
A California jogger proved he knew how to take an emergency in stride.
The good Samaritan — who was later identified as Paul Murphy — was taking a run through a Scotts Valley neighborhood earlier this month when he noticed smoke coming from a house’s garage, Bay Area news station KSBW reports.
Murphy sprinted into action by dashing up to the home’s door and ringing the doorbell.

According to footage posted by NBC Bay Area journalist Garvin Thomas, it didn’t appear that anyone was home at the time.

But homeowner Courtney Polito saw a man she didn’t know nervously pacing in front of her door through the camera on a smart doorbell and decided to answer him remotely by saying “Hi.”

When Paul Murphy saw smoke coming from a Scotts Valley home, he stopped and rang the doorbell.

The owner, who answered remotely, gave him the door code and pleaded with him to save her dogs.

“Hello, do you see there’s smoke coming out of the top of your house?” Murphy can be heard asking Polito.

Polito told Inside Edition, in the video below, that she noticed the smoke on camera and “panicked.”

She also told WTHR-TV that she then noticed the fire alarms going off inside the home and immediately gave Murphy the code to her door so he could enter and save the family’s pets — two dachshunds, a rabbit and a cat.

Not knowing what he’d find on the other side of the door, Murphy entered the house. He can be seen later in the footage running out of the home carrying one of the dachshunds under his arm to safety.

“It takes a special kind of person [to] go into a burning house to save animals,” Polito’s husband, Tony, told KSBW.

Murphy left the home before the family could meet him and thank him. But thanks to his heroic actions, the fire didn’t spread beyond the garage, KSBW reported.

Polito told WTHR that if Murphy hadn’t been there, they would have lost everything.

“The fire department said 10 more minutes and the house would have been gone,” she said.

“I want to give him a hug,” Polito told KSBW before learning Murphy’s identity. “I’ll buy him lunch. I’ll buy him dinner. I don’t know, I want to just thank him so much and let him know how thankful we are. My kids, myself, my husband, we would be devastated if we lost our pets, let alone our home.”

The Scotts Valley Fire Department may recommend a commendation for Murphy, KSBW reports.