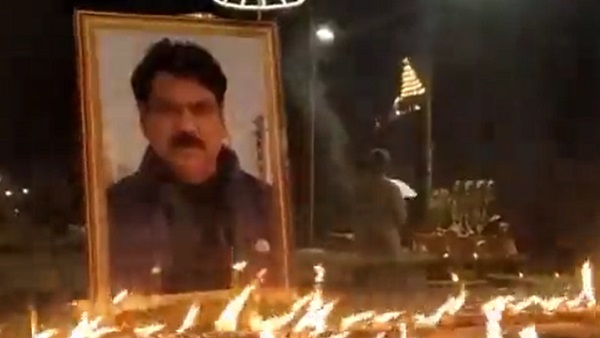 New Delhi, 14 January The sudden demise of NDTV journalist Kamal Khan, who made a name for himself in the world of journalism, has caused a wave of mourning in the entire media industry. From Union Minister Mukhtar Abbas Naqvi to former Uttar Pradesh Chief Minister Akhilesh Yadav have expressed grief over Kamal Khan’s death. Meanwhile, everyone on social media is paying homage to Kamal Khan in their own way. Meanwhile, tributes were paid to Kamal Khan during Ganga Aarti in Banaras on Friday evening.

Tribute was paid at Dashaswamedh Ghat

Kamal Khan had a long association with Banaras

According to NDTV, journalist Kamal Khan had a long association with Banaras. That is why Kamal Khan was very popular in Banaras. Let me tell you that Delhi Chief Minister Arvind Kejriwal, former UP CM Akhilesh Yadav and Union Minister Mukhtar Abbas Naqvi have also expressed their grief over Kamal Khan’s death.

Tributing Kamal Khan, Arvind Kejriwal said, “The sudden demise of renowned journalist Kamal Khan is a great loss to the world of journalism. I pray to God to give the family the strength to bear this loss.

Mukhtar Abbas Naqvi wrote in a condolence message, “I am shocked to learn of the demise of Kamal Khan, a brilliant journalist, a brilliant man. May God grant his family and friends the strength to endure this immense sorrow, Khiraj-e-Aqeedat, Shardha Suman.

Let me tell you that among those who paid homage to Kamal Khan were Uttar Pradesh Chief Minister Yogi Adityanath, Congress General Secretary Priyanka Gandhi Vadra and BSP supremo Mayawati.