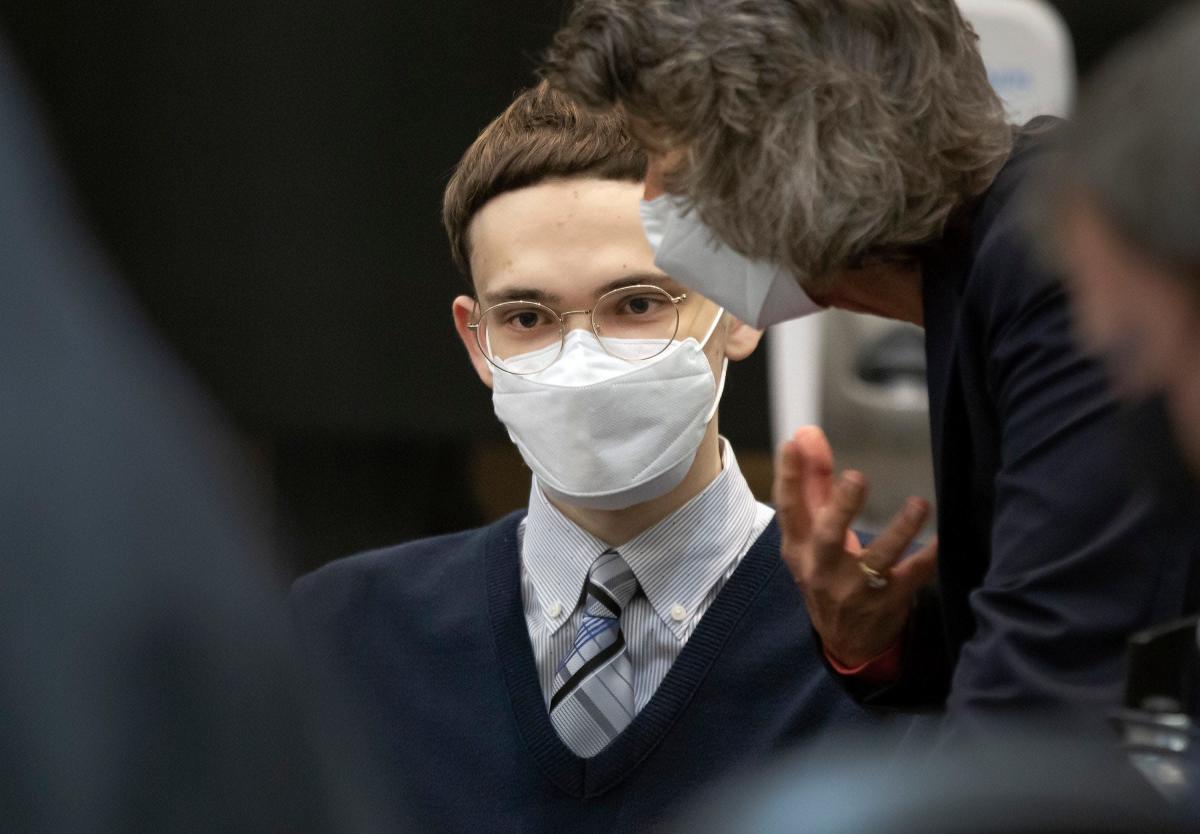 WEST PALM BEACH — Corey Johnson apologized Thursday for killing 13-year-old Jovanni Sierra at a 2018 sleepover. He even denounced ISIS – the militant Islamic group that his lawyers say influenced his thinking before the murder – at his sentencing.

“I know I contributed to the spread of evil in this world,” Johnson, now 21, told the court.

But it wasn’t enough.

Circuit Judge Cheryl Caracuzzo sentenced Johnson to life in prison at the end of the three-hour hearing in West Palm Beach.

“I do not think rehabilitation is likely,” Caracuzzo told Johnson in announcing his sentencing and denying his request to spend 40 years in prison instead. She cited his willingness to kill for extremist views.

In November 2020, a jury found Johnson guilty of first-degree murder and two counts of attempted murder during the March 12, 2018, incident at his best friend’s home at BallenIsles Country Club in Palm Beach Gardens.

Prosecutors said Johnson, who was 17 at the time of the attacks, killed Sierra after the 13-year-old made a remark Johnson considered offensive to his newly professed Muslim faith. He also stabbed Elaine Simon, the owner of the home, and Dane Bancroft, her younger son and Sierra’s best friend.

Johnson’s attorneys did not dispute that that the one-time Jupiter resident – whose online behavior at William T. Dwyer High School drew the attention of the FBI – had done “unspeakable damage.”

They said a severe bout of depression, medications such as Zoloft and online activities like watching ISIS videos fueled Johnson’s behavior and led him to become “psychotic and delusional.” They asked the jury to find him not guilty by reason of insanity.

Sierra’s mother and grandmother spoke at the sentencing hearing and asked the judge to sentence Johnson to life in prison. Sierra’s family also shared memories of the boy, who died on his 13th birthday, during the hearing.

Karen Sierra Velez, Sierra’s mother, called March 12, 2018, the worst day of her life. She played a slideshow with photos of her son before testifying during the hearing.

“I remember calling my son’s phone for a while after he passed just to hear his voice,” she told the court.

The incident took place during a Sunday night sleepover at Simon’s home, where she lived with her two sons. It followed a birthday party for Sierra at a Downtown Palm Beach Gardens restaurant.

Johnson told police he met Sierra for the first time at the party and that he’d accompanied his friend, Kyle Bancroft, Dane’s older brother, to the event. Dane Bancroft and Jovanni Sierra were classmates at Watson B. Duncan Middle School in Palm Beach Gardens.

The boys gathered that night for the sleepover at the Bancroft-Simon home, which Johnson visited often, Simon told police. He and Kyle Johnson had met in day care years before.

According to court records, Johnson began the attacks after everyone inside the house had gone to sleep, starting with Sierra. He told police he was motivated in part to kill because Sierra had made statements calling people “gods” that he believed were an affront to his Islamic beliefs.

Text messages revealed that Johnson took pictures before the attacks and sent them to a Muslim girl with whom he had appeared to develop an online relationship.

Noises that rang out as Johnson stabbed Sierra and slashed his throat caught the attention of Simon, who went upstairs from her bedroom to investigate, according to police and prosecutors. Johnson then turned his knife on Simon, stabbing her several times, before attacking Dane Bancroft as the teen tried to save his mother.

Johnson then woke up Kyle Bancroft and told him he had killed his brother and Sierra. Dane Bancroft, now 17, told the jury that Johnson appeared to be “almost happy” as he stabbed him.

Kyle Bancroft said during testimony that he has a groggy memory of seeing Johnson jumping up and down, holding a bloody knife in a hallway bathroom.

“I was half-awake and half-asleep,” Kyle remembered. “I wasn’t fully aware if I was being pranked or in a dream.”

Police used tear gas to subdue Johnson, who hid in a closet after the attacks ended in the gated community near PGA Boulevard and Military Trail.

During the trial, lawyers argued over whether Johnson was sane when he killed Sierra.

The defense argued that Johnson – described by one defense psychologist as “an empty vessel looking to belong” – had his thinking manipulated by extremist content, including Islamic State propaganda videos, that had been posted on the internet.

His attorneys said he had discovered the videos as he tried to learn more about Islam, a faith he began to profess in the months before the slayings. Forensic scientists found several graphic videos on Johnson’s smartphone after his arrest.

Prosecutors said Johnson deliberately sought out the extremist content and wanted to harm those he believed to be inferior to him. A psychiatrist who testified for the state said that in his opinion, Johnson knew right from wrong when the attacks occurred.

During Thursday’s sentencing hearing, a neuropsychologist diagnosed Johnson as high-functioning autistic after reviewing hundreds of documents and video interviews.

Johnson’s maternal grandmother, Joanne DiCocco, testified Thursday that as a young boy, Johnson saw domestic violence between his father and mother, who both dealt with mental illnesses.

Johnson and his father bonded with by playing video games, she said, but Johnson only saw his father once after his mother moved back to Palm Beach County following his parents’ divorce. Johnson’s father died about 10 years ago from a drug overdose.

His grandmother described Johnson as a loving child who wanted to spend time with family, but said that as he grew older and saw his mother repeatedly hospitalized for depression and drug overdoses, he became “withdrawn.”

His troubles surfaced years before the attacks while he was a student at Independence Middle School in Jupiter. Students reported him stalking them on social media and engaging in odd behavior.

That behavior soon led to online threats and drew the attention of the FBI. While a student at Dwyer, Johnson was suspected of sending a threat to a Catholic high school in England in 2016 that prompted nearly 100 parents to pull their children out of classes.

In her first public comments since the stabbings, Johnson’s mother, Jennifer Johnson, testified during the trial that Corey had become increasingly unhappy in the weeks leading up to the stabbings, at one point expressing suicidal thoughts.

In that period of time, he dropped out of Dwyer and saw his online relationship with the girl end just days prior to the sleepover, police and prosecutors said.

He was prescribed Zoloft for his mental-health issues, but prosecutors say he stopped taking the potent prescription drug shortly before the attacks.

In his search for meaning in his life, Johnson turned to the internet, Palm Beach County Public Defender Carey Haughwout told jurors. His research led him to embrace Islam.

While he initially became enamored of the faith’s promises of brotherhood, Haughwout said, his search introduced him to the extremist views of the ISIS, a terrorist group formally known as the Islamic State of Iraq and Syria.

DiCocco said she tried to get him to go to a mosque instead of learning about the religion from online videos.

Johnson had previously developed an interest in white supremacist and Neo-Nazi groups but lost interest as those groups did not “walk the walk” in observing Johnson’s views on issues such as smoking, drinking alcohol and premarital sex, a psychologist who evaluated him for the defense said.

Outside the courtroom after the sentencing, Sierra-Velez embraced DiCocco. She told reporters she is trying to forgive everyone and continue being strong for her son, who would have turned 17 this year.

“I just wanted to feel their love,” she said. “They know the pain of losing someone you love.”