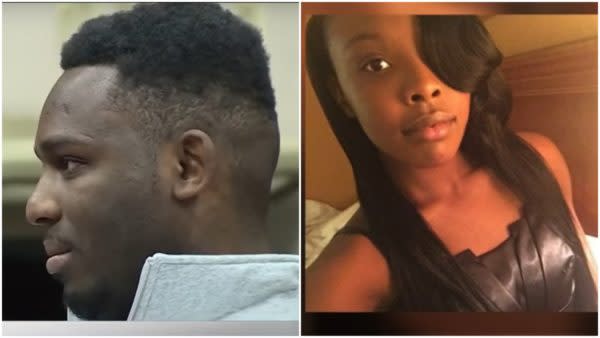 A jury found a 27-year-old Black man not guilty of second-degree murder in the 2017 death of his girlfriend, who was struck and killed during an exchange of gunfire as police conducted a narcotics raid on a Florida residence, Treasure Coast News reported.

Andrew Coffee IV faced six charges in connection with the raid on his Gifford home. A jury on Friday acquitted him of five of those charges including second-degree murder, three counts of attempted murder of law enforcement and shooting or throwing a deadly missile.

Coffee’s girlfriend, 21-year-old Alteria Woods was in the home when a tactical team with the Indian River County Sheriff’s executed a search warrant.

“The Woods family never blamed Andrew ‘A.J.’ Coffee IV for the death of their daughter, Alteria Woods,” an attorney for the Woods family said after the jury acquitted Coffee of the charge related to the young woman’s death. “They are happy with the jury’s verdict and that justice prevailed today.”

Coffee said he spotted a rifle pointing through an open bedroom window and thought he was being robbed because the police didn’t make their presence known. But police say they did announce themselves and only returned fire after Coffee fired a weapon several times out of the window.

When police fired into the home, Woods was struck by gunfire 10 times and died. A grand jury did not indict the deputies who opened fire on the home.

The case has drawn comparisons to the death of Breonna Taylor, who was shot and killed by Kentucky officers last year as they executed a no-knock warrant on her home. Taylor’s boyfriend Kenneth Walker also fired at police, whom he said he thought were intruders. Walker faced criminal charges in connection with the raid, including attempted murder of a law enforcement officer, but a judge dismissed those charges permanently in March.

The jury did find Coffee guilty on Friday of possession of a firearm or ammunition by a felon. He faces up to 30 years in prison for the offense. Coffee’s attorney Julia Graves shared plans to appeal the verdict.

Yolanda Woods, Woods’ mother, filed a lawsuit in January 2021 in federal court against the deputies who carried out the raid. According to the suit, police received a tip that Coffee had 14 grams of cocaine in his home before 20 officers arrived and deployed a “flash bang’ through the front door of the home.

The suit, which alleges deputies violated Woods’ constitutional rights, was put on hold pending the outcome of criminal proceedings.

News from our partners:

‘I Haven’t Seen Anything Like That’: Wendy Williams Brother Shuts Down Ricky Smiley’s Reports About Her Having Dementia and Being Confined to a Wheelchair