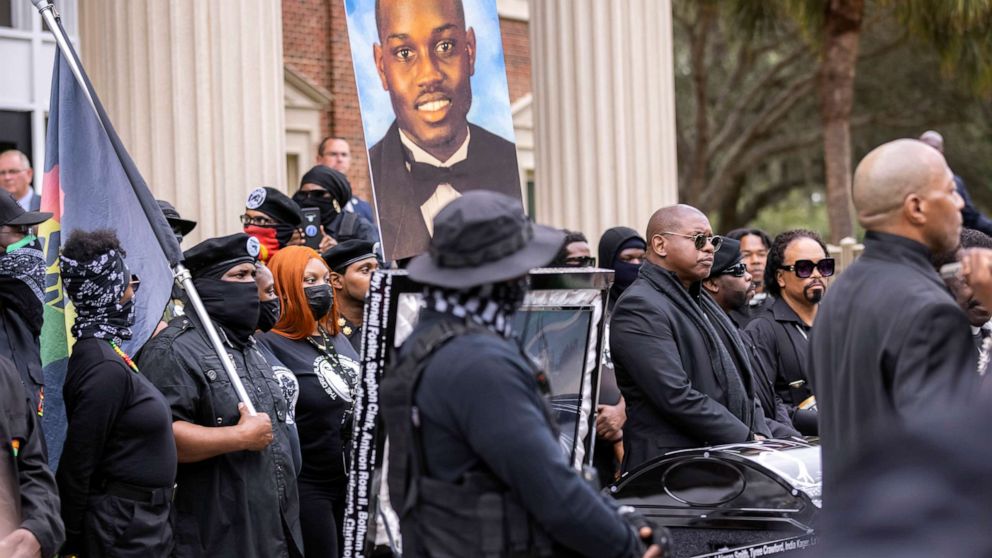 A Georgia jury has announced it has reached a verdict in the trial of three white men accused of chasing down Ahmaud Arbery in their pickup trucks and fatally shooting the 25-year-old Black man.

The prosecutors and defense attorneys in the Glynn County Superior Court case have been given 10 minutes to return to the Brunswick, Georgia, courtroom, where the jurors are expected to announce their unanimous decision.

The panel sent Judge Timothy Walmsley a note on Wednesday afternoon that they had reached a verdict after deliberating about 11 hours over two days.

The panel began deliberating the nationally televised trial on Tuesday after hearing 13 days of evidence and listening to numerous witnesses, including the testimony of defendant Travis McMichael, 35, who claimed he shot the unarmed Arbery with a shotgun in self-defense during a face-to-face fight over his weapon.

If convicted of the murder charges, the defendants face a maximum sentence of life in prison.

During the trial held in Brunswick, Georgia, the jury of 11 white people and one Black person heard wildly different theories based on the same evidence in the racially charged case. Prosecutors alleged the defendants pursued and murdered Arbery because of wrong “assumptions and driveway decisions” they made that the Black man running through their neighborhood had committed a burglary, while defense attorneys countered that Arbery was shot in self-defense when he resisted a citizen’s arrest.

The shooting unfolded on Feb. 23, 2020, in the Satilla Shores neighborhood near Brunswick after Arbery, who prosecutors claim was just out for a Sunday jog, was spotted by a community resident inside a home that was under construction and where Arbery had been previously captured on security video looking around but never taking anything, according to the evidence.

The chase of Arbery started when Gregory McMichael, a retired Glynn County police officer, spotted Arbery running past his home. Prosecutors said Gregory McMichael rushed into his residence to fetch his gun and his son, Travis, who armed himself with a Remington pump-action shotgun before they got into a truck and chased after the Black man.

Bryan, who lived near the McMichaels, joined the chase not knowing why the McMichaels were chasing Arbery and told investigators that he used his truck to help corner Arbery just before Travis McMichael shot him.