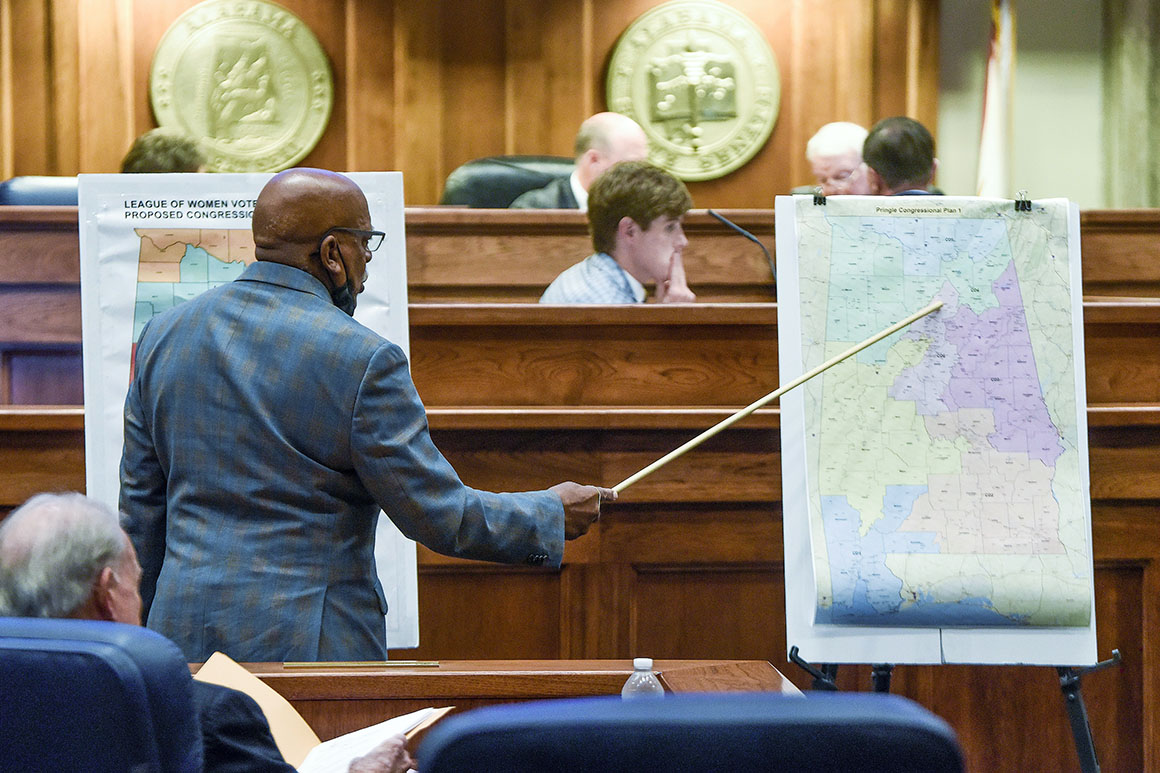 “Gerrymandering is often blamed as the root of a lot of problems in politics, and it is a problem. It is not the problem. It’s a contributing factor. When you have members of Congress, of state legislatures, who are subject only to the winning or losing primary elections, lower turnout elections of party members, especially in states where you don’t have a runoff election, where you’re not required to get a 50 percent majority even among members of your own party. In a state like Michigan we have had people win primaries with 25 percent of the vote in a crowded primary, and that becomes tantamount to guaranteed election in November. And so you are appealing in many of these cases to very small pluralities within your own party, and so you end up with members who become entrenched in safe districts by virtue of, you know, getting 12,000 votes in a congressional primary in 2004. Something like that. And they become, you know, the Jim Jordans and Mark Meadows and Matt Gaetzs and Marjorie Taylor Greene’s of their time. And that’s how we end up with people like that. And when there is no fear of appealing to a majority of voters in a general election, you don’t have to take consensus positions on anything. On anything. And that leads to this, this polarization, this demonization of the other side where we’re no longer opponents but enemies, sworn enemies, not just political opponents. And that’s something that has changed, I think, dramatically over the last two decades in our politics as having moved from opponents to enemies that must be defeated at all cost at all times.” — Jeff Timmer, former executive director of the Michigan Republican Party and senior adviser to the Lincoln Project

A GOP gerrymanderer on whether he regrets tilting the maps:

“That’s a retrospective realization that I’ve come to. At the time, it was more about, ‘We have the votes, we have the power, let’s use it to our advantage, that’s how the game is played, let’s play the game to the fullest extent,’ and it’s amazing to me how over 10 years, how drastically the landscape has shifted from what we considered — I think on either side of the political aisle — what was considered extreme in 2010 or 2011 versus what’s considered extreme or mainstream today. It has changed so rapidly. Now we have political extremism, political radicalism and violence becoming commonplace or threats of violence that would have just been unheard of 10 years ago. When we were doing this process, we didn’t. We never envisioned the damage it was going to lead to.” — Jeff Timmer, former executive director of the Michigan Republican Party and senior adviser to the Lincoln Project

On the uphill battle of fighting North Carolina’s gerrymandering in courts:

“This is a bit of my reformer hat on, but if we have to go another decade with maps that are ultimately found to be unconstitutional two or three cycles later on, it’s dreadful. It just completely sinks a lot of us who are doing the work’s morale and hopefulness. And I think increasingly in North Carolina, because we are the most litigated state in the country, I believe, over gerrymandered maps. A lot of the big U.S. Supreme Court cases have come out of North Carolina over the years. And sure, there are a lot of people here who don’t know anything about what we were talking about or they may have a vague understanding about it. I wish more did. … But I think a lot of people, it contributes to this feeling of, ‘This stinks and democracy doesn’t work,’ and, ‘What do you mean the lines that get drawn are rigged?’ or, you know, when they see that literally the legislative or congressional seats are preordained. … So this is another moment, and I don’t know whether I am hopeful or not, because it’s an uphill struggle as litigation always is. But you know what we saw last decade in North Carolina? I don’t know if we’re the only state in America that can say this, and I don’t say it with pride. But every single legislative and congressional election in the aughts was ultimately run under districts and maps that were found to be unconstitutional. Every single one of them. From 2012 to 2020. And you know, you just can’t sustain that.” — Bob Phillips, Executive Director of Common Cause North Carolina

“A common assumption is that Republicans are, you know, the only perpetrators of gerrymandering because they did it so well in 2011 and a lot of states. Gerrymandering is not new. Republicans didn’t invent it. Both parties do it. And I think it’s been frustrating for Republicans to hear it framed as, you know, this is only something that they do. They certainly have more ability to do it because of how successful they were in 2010. But they didn’t come up with it and Democrats do it, too. And I think we’ve seen Democrats do it really effectively in a few states. They control seven of Maryland’s eight seats. And there’s talk about going for that final seat. Andy Harris on Maryland’s eastern shore. In Illinois, they drew a map that they believe will give them 14 of the state’s 17 seats. New York is a remaining question mark, but they’re certainly going to press their advantage there. So, you know, until I think the whole country moves towards commissions, both parties are going to gerrymander and we’re going to see them gerrymander.” — Ally Mutnick, POLITICO campaign reporter