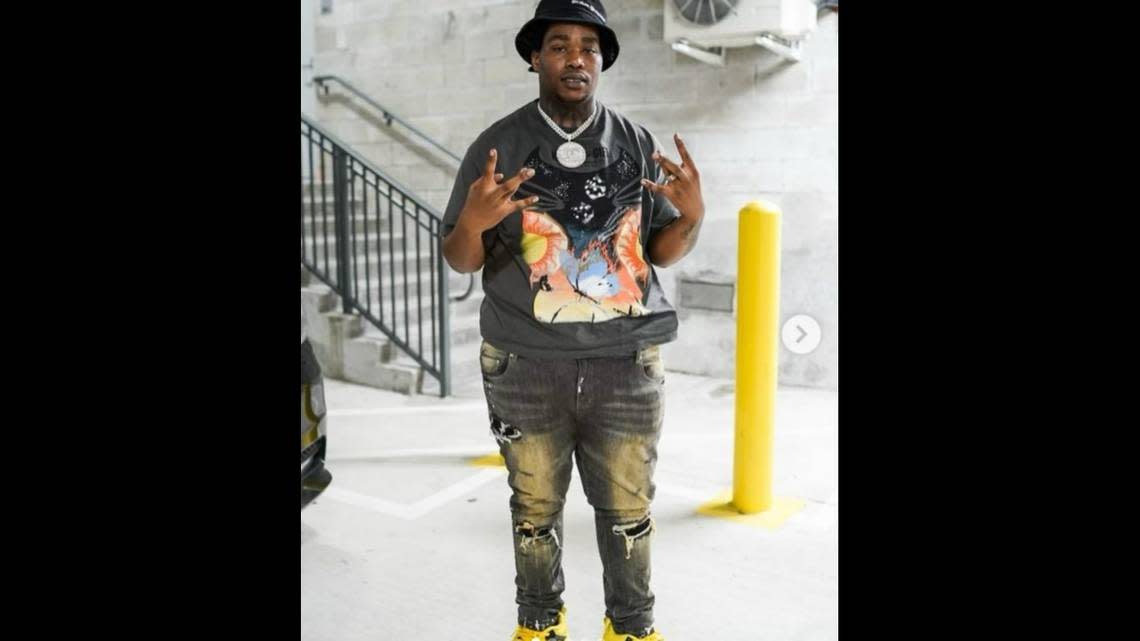 A Miami rapper known as Wavy Navy Pooh was shot to death Friday evening as he was ambushed while in a car driving in West Kendall, multiple law-enforcement sources tell the Herald.

The rapper, whose real name is Shandler Beaubien, 28, was gunned down while in a car at Southwest 152nd Street and 127th Avenue, near Zoo Miami.

While Miami-Dade police had not officially confirmed his identity, his death was already abuzz on social media on Friday night. Beaubien was suspected of being involved in a series of shootings in North Miami-Dade over the past year — and police officials are already bracing for retaliation attacks as the Martin Luther King Jr. holiday weekend unfolds, sources say.

According to police, the slain driver was behind the wheel of a Toyota Camry, stopped at the intersection when a gray four-door Lexus pulled on his side and opened fire, killing him. Unharmed: a 1-year-old baby boy, a 5-year-old boy and an adult woman in the back seat.

The infant escaped harm on his birthday, according to police spokesman Alvaro Zabaleta.

Social media posts about his death went viral Friday for Beaubien, who boasts over 68,000 followers on Instagram.

Beaubien, of Brownsville, was most notable for his song “M.I.A.M.I. (Murder is a Major Issue),” which features him waving around a pistol, a staged murder crime scene and actual footage of Miami-Dade police officers at real-life shooting scenes. It had been viewed on YouTube over 200,000 times.

Beaubien had been shot at before. In May 2020, he was wounded while driving on the 3100 block of Northwest 88th Street. Wounded in the thigh and leg, Beaubien told officers he fired back in self defense after somebody in a passing car opened fire at him and several other men gathered outside a house.

This story will be updated when more information is available.