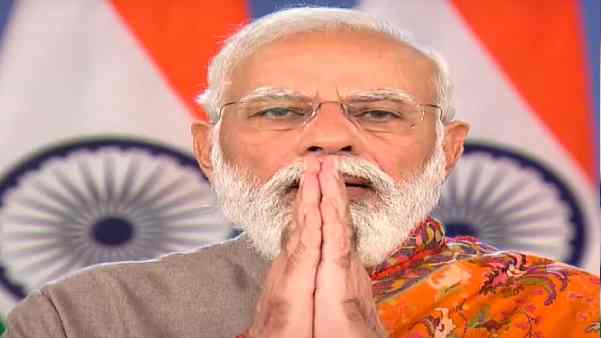 Ever since the farmers in India declared their opposition to the controversial laws, the American media has been covering the protests of the farmers and today when the Indian Prime Minister has decided to withdraw the three controversial laws, the American media too It has been published. Prominently. CNN, which did not write a single line during the Indian PM’s visit to the US, has highlighted Prime Minister Modi’s decision on the farmers’ movement and made headlines. Has been withdrawn. The law “has taken over.” In this article, CNN highlights the farmers’ struggle that has been going on for over a year.

“PM Modi acknowledges the importance of farmers and the challenges they face,” CNN reported. He said it was a “fundamental issue” for his ruling Bharatiya Janata Party (BJP). “The law was brought with good intentions, but despite many efforts, the government has been unable to explain to them (farmers) the importance of agricultural laws,” he said. “This may be seen as a major victory for the farmers but he said the government has changed the laws for” political compulsions “,” said Deepak Lamba, national vice-president of the party. Canceled. “

At the same time, Al Jazeera has published a major report on the withdrawal of all three agricultural laws by the Government of India. Al Jazeera writes, “Indian Prime Minister Narendra Modi says he has decided to repeal three controversial agricultural laws, against which farmers have been protesting for more than a year. “Modi said in an address. On Friday morning, today I came to tell you the whole country that we have decided to repeal all three agricultural laws. “Al Jazeera has published a report on the struggles of farmers over the past year. And is written. That hundreds of farmers lost their lives for their demands.

At the same time, the BBC has published a report on Prime Minister Modi’s withdrawal of all three agricultural laws under the headline “Indian Prime Minister Narendra Modi repeals controversial agricultural laws”. It tells how thousands of farmers have been protesting in different parts of the country for over a year now. The BBC writes that the farmers of India did not care about the severe cold or the Corona epidemic for their demands. The BBC writes that farmers say that once the law is enacted, big business will start controlling the agricultural sector, which will affect their income. The BBC has published a detailed report on the farmers’ struggle and the law in a lengthy article, in which the farmers said that the government was terrified of the forthcoming elections, so it decided to abruptly withdraw the law. Has gone

The reaction of the Pakistani media

The Pakistani newspaper writes that “India’s economy is currently worth 2. 2.7 trillion and the Modi government is aiming to take the country’s economy to ਪੰਜ 5 trillion and that is why three controversial agricultural laws were introduced by the Indian government.” ” At the same time, the Pakistani newspaper quoted PM Modi’s speech in which he said that the government had failed to convince the farmers how beneficial these laws could be for them and for the country’s economy.