Native Americans to Mourn on Thanksgiving: ‘No Thanks, No Giving’ 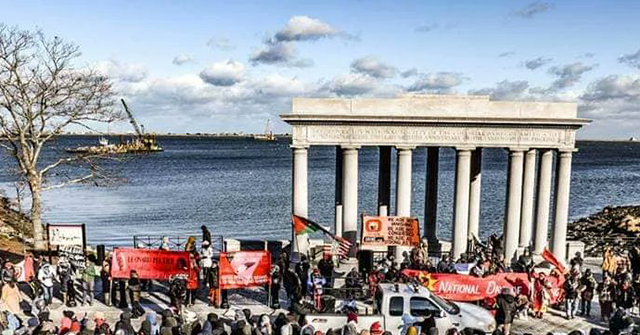 The National Day of Mourning in Plymouth, Massachusetts, is supposed to bring attention to the “disease and oppression” European settlers brought with them, the article read.

“We Native people have no reason to celebrate the arrival of the Pilgrims,” Kisha James, who is a member of the Aquinnah Wampanoag and Oglala Lakota tribes, stated.

“We want to educate people so that they understand the stories we all learned in school about the first Thanksgiving are nothing but lies. Wampanoag and other Indigenous people have certainly not lived happily ever after since the arrival of the Pilgrims,” James said. “To us, Thanksgiving is a day of mourning, because we remember the millions of our ancestors who were murdered by uninvited European colonists such as the Pilgrims. Today, we and many Indigenous people around the country say, ‘No Thanks, No Giving.’”

It marks the 52nd year the United American Indians of New England organized the gathering. The first took place in 1970.

According to its Facebook page, the group said, “We educate and organize around the racism and genocide denial perpetuated via the Pilgrim mythology and the Thanksgiving myth.”

Participants will arrive at noon on Cole’s Hill, a mound that overlooks Plymouth Rock, and will livestream the event, according to the AP.

However, honoring the founding of Plymouth in 1620 was not meant to turn a blind eye to the terrible history of American slavery that began in 1619 in Virginia, wrote Breitbart News’s Rebecca Mansour:

And to celebrate Thanksgiving is not to dismiss the atrocities committed against our Native communities, even sadly at the hands of the Pilgrims’ descendants. On Thanksgiving, we acknowledge that the Pilgrims and the Natives did, in fact, come together in peace in November 1621. We celebrate their story—and the ritual reenactment of it with a turkey feast and prayers of thanksgiving—to acknowledge our highest aspirations, not to whitewash our history or minimize our mistakes.

The Thanksgiving holiday affirms who Americans want to be because “it commemorates who the Pilgrims actually were,” she stated.