New York Times columnist torches Comey amid Steele dossier revelations: Trump was right to fire him after all 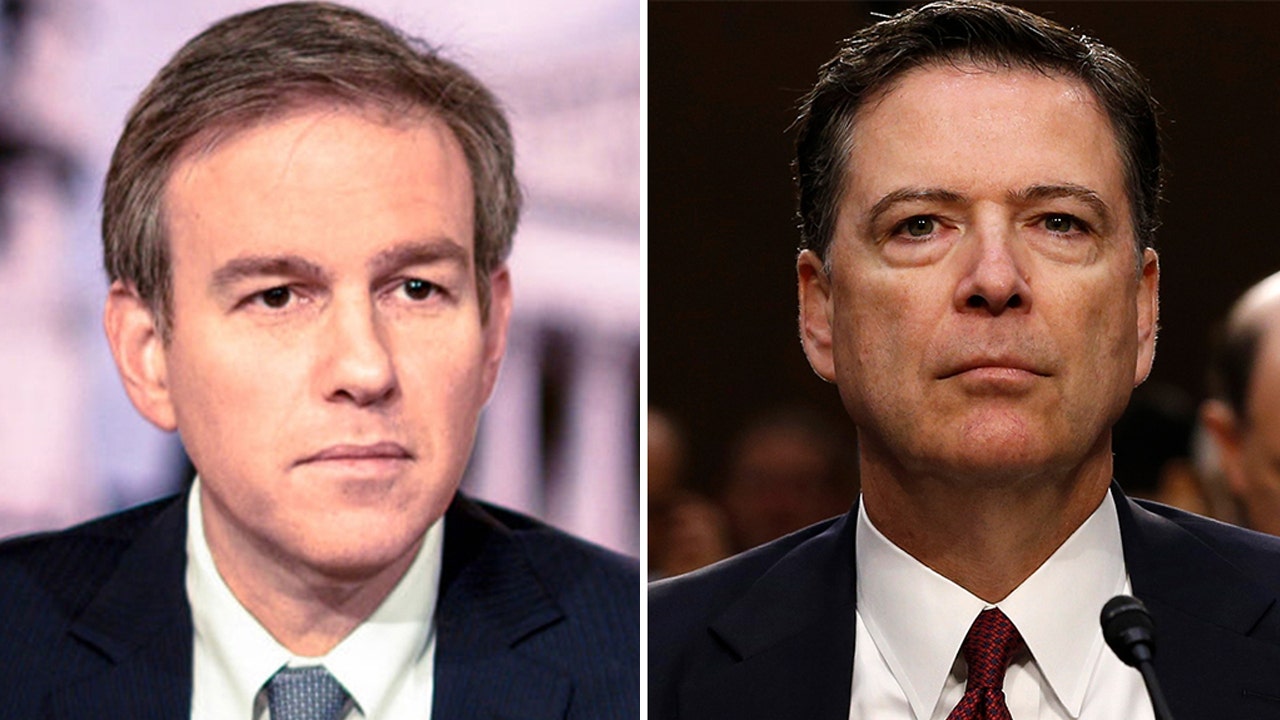 Amid the recent revelations from the ongoing Durham probe that continue to undercut the legitimacy of the document constructed by ex-British spy Christopher Steele, there has been intensified scrutiny towards the liberal media outlets who have claimed to have corroborated many of the explosive allegations found in the dossier that fueled the Trump-Russia collusion narrative.

But in a piece published Tuesday, Stephens called out Comey’s leadership that turned the FBI into the “Bureau of Dirty Tricks” due, in part, to the dossier.

POLITICO WRITER KNOCKS WAPO FOR SCRUBBING STEELE DOSSIER ERRORS: ‘IS THIS HOW JOURNALISM DIES… IN DARKNESS?’

“Donald Trump’s best move as president (about which I was dead wrong at the time) may have been to fire him,” Stephens conceded before detailing the misdeeds like the altering of the FISA warrants to spy on Carter Page and the new information about Steele’s “sub-source” and his ties to Democrats.

Stephens posed the question, “Were the F.B.I.’s errors a matter of general incompetence or of bias?” later answering “it turns out the bureau can be both incompetent and biased,” pointing to the indictment of former FBI lawyer Kevin Clinesmith for altering emails tied to the FISA warrant into Trump aide Carter Page as well as the recent indictment of Steele sub-source Igor Danchenko.

“Comey used [the dossier] as a political weapon by privately briefing President-elect Trump about it, despite ample warnings about the dossier’s credibility,” Stephens wrote. “In doing so, Comey made the existence of the ‘salacious and unverified’ dossier news in its own right. And, as the University of Chicago’s Charles Lipson astutely notes, Comey’s briefing ‘could be seen as a kind of blackmail threat, the kind that marked J. Edgar Hoover’s tenure.’”

The Times columnist acknowledged that a “certain kind of reader – probably conservative” is well aware of the findings from the Durham investigation and that his column was “those who haven’t followed it closely, or who may have taken a keener interest in tales about Trump being Russia’s puppet than in evidence that, for all of his many and grave sins, he was the victim of a gigantic slander abetted by the F.B.I.”

“Democrats who don’t want the vast power wielded by the bureau ever used against one of their own — as, after all, it was against Hillary Clinton — ought to use the Durham investigation as an opportunity to clean up, or clean out, the F.B.I. once and for all,” Stephens added.