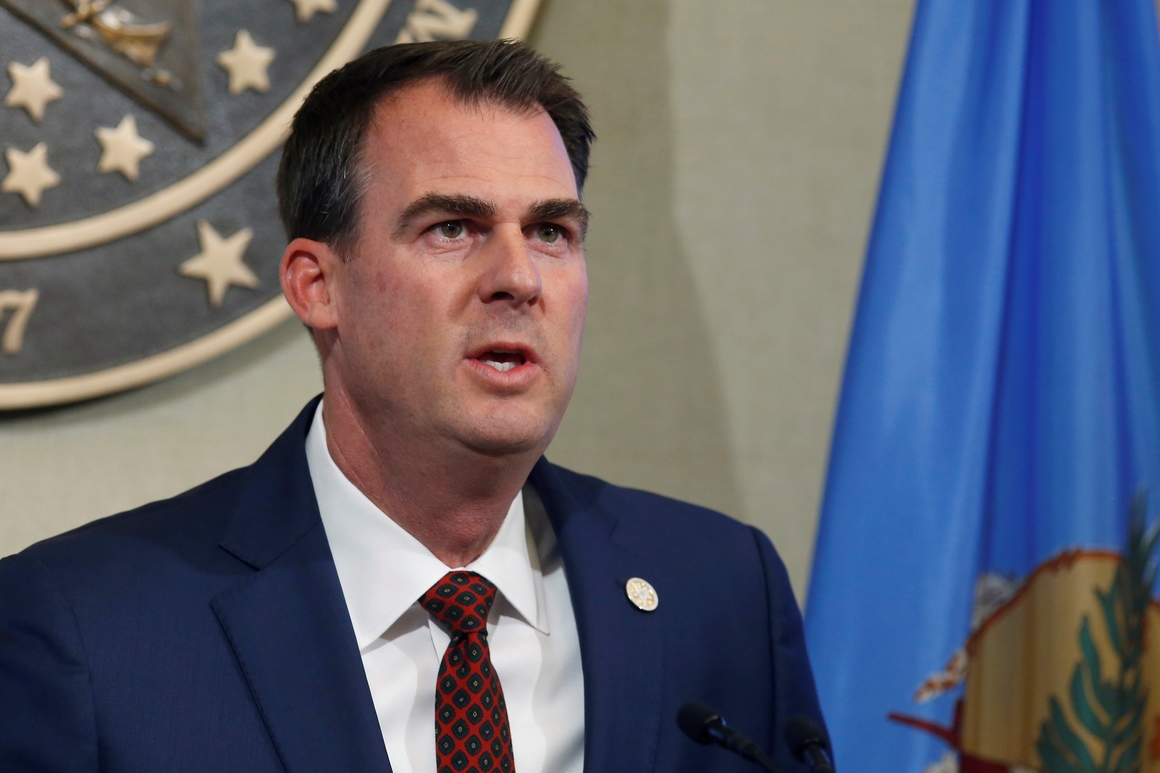 A crowd that had gathered inside of the Oklahoma Capitol in support of Jones broke out into loud applause and cheers after the decision was announced shortly after noon Thursday.

Earlier Thursday, Jones’ attorneys had filed a last-minute emergency request seeking a temporary stop to his execution, saying Oklahoma’s lethal injection procedures post a “serious and substantial risk of severe suffering and pain to prisoners” and citing last month’s execution in which John Marion Grant convulsed and vomited as he was being put to death.

The state’s Pardon and Parole Board recommended in a 3-1 vote on Nov. 1 that Stitt commute Jones’ sentence to life in prison, with several members of the panel agreeing they had doubts about the evidence that led to Jones’ conviction.

Jones was convicted of first-degree murder and sentenced to die for the 1999 shooting death of Edmond businessman Paul Howell during a carjacking.

Jones’ case drew widespread attention after it was profiled in “The Last Defense,” a three-episode documentary produced by actress Viola Davis that aired on ABC in 2018. Since then, reality television star Kim Kardashian West and athletes with Oklahoma ties, including NBA stars Russell Westbrook, Blake Griffin and Trae Young, have urged Stitt to commute Jones’ death sentence and spare his life.

Jones alleges he was framed by the actual killer, a high school friend and former co-defendant who was a key witness against him. But Oklahoma County District Attorney David Prater and the state’s former attorney general, Mike Hunter, have said the evidence against Jones is overwhelming.

Information from trial transcripts shows that witnesses identified Jones as the shooter and placed him with Howell’s stolen vehicle. Investigators also found the murder weapon wrapped in a bandanna with Jones’ DNA in an attic space above his bedroom. Jones claimed in his commutation filing that the gun and bandanna were planted there by the actual killer, who had been inside Jones’ house after the killing.

Howell’s sister, Megan Tobey, and two young daughters were in Howell’s SUV when the carjacking happened in his parents’ driveway in the Oklahoma City suburb of Edmond. Tobey testified before the board that she distinctly remembers seeing Jones shoot her brother.

“He is the same person today as he was 22 years ago. He’s still getting into trouble. He’s still in a gang. He’s still lying. And he still feels no shame, guilt or remorse for his action,” Tobey said. “We need Julius Jones to be held responsible.”

Oklahoma ended a six-year moratorium on executions — brought on by concerns over its lethal injection methods — last month. Grant, 60, convulsed and vomited as he was being put to death Oct. 28.

Grant was the first person in Oklahoma to be executed since a series of flawed lethal injections in 2014 and 2015. Richard Glossip was just hours away from being executed in September 2015 when prison officials realized they had the wrong lethal drug. It was later revealed that the same wrong drug had been used to execute an inmate in January 2015.

The drug mix-ups followed a botched execution in April 2014 in which inmate Clayton Lockett struggled on a gurney before dying 43 minutes into his lethal injection — and after the state’s prisons chief ordered executioners to stop.