Olivia Culpo Told To Put On Blouse Or Be Banned From Flight, Sister Says In Video 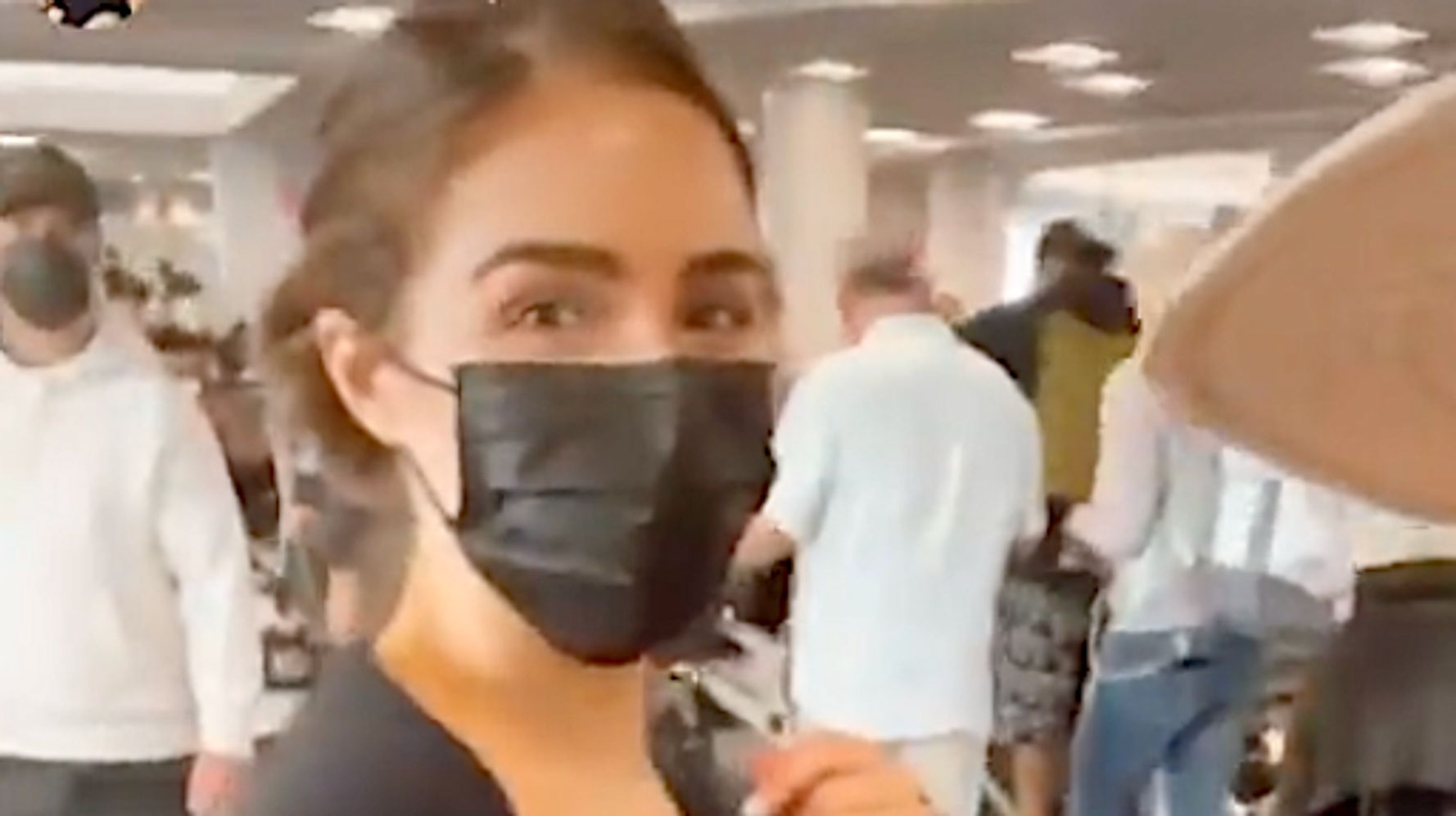 A flight to the Mexican resort Cabo San Lucas was no crowning moment for former Miss Universe Olivia Culpo.
The model, dressed at the airport in a long black sweater over a sports bra and cycling shorts, was told by an American Airlines gate agent to put on a blouse or be barred from boarding, her sister Aurora said in a video posted Thursday. (See images below.)

Aurora Culpo had her sister model the outfit briefly and said it was “appropriate.”

Another video entry showed Culpo covered up by a hoodie belonging to her boyfriend, Carolina Panthers running back Christian McCaffrey.

The clip compared Culpo with another woman dressed in a similar top who was not hassled. “That’s weird,” the woman said.

Culpo and her sister didn’t seem too outraged. After telling the camera that the carrier’s order was “fucked up,” Aurora appeared on the verge of scolding AA further. “American Airlines,” she began, ”…. I love you. Please get me to Cabo.”

The former pageant champ even joked on her own Instagram: “Leave it to Aurora to cause a scene. Hide me.”

An image from the flight showed McCaffrey cocooned in his T-shirt, chilled without the sweatshirt he surrendered to Culpo.

All’s well that ends well. Aurora’s Instagram stories shift to the Mexican resort city, where the travelers’ posh digs are highlighted and the vacay gets into full swing.

HuffPost did not immediately hear back from American Airlines.