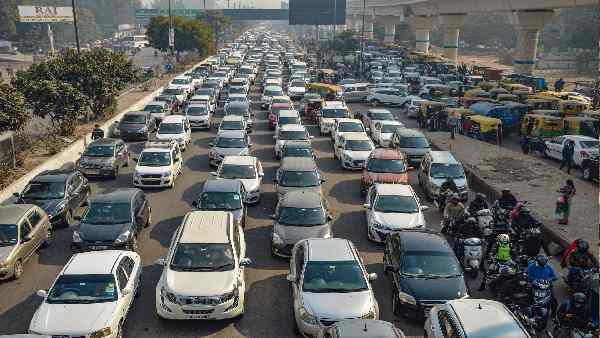 The Delhi government on Wednesday took a major decision in an effort to prevent Delhi’s air from becoming toxic again. According to it, from November 27, i.e. Saturday, only CNG and electric vehicles will be allowed to enter Delhi. Delhi Environment Minister Gopal Rai has said that only CNG-powered trucks and tempos will be allowed to enter the capital except for 27 essential services vehicles. To control air pollution, the Delhi government had on November 22 banned the entry of heavy vehicles carrying non-essential items. “Apart from those engaged in essential services, trucks and other vehicles have been barred from entering Delhi from outside,” Rai said.

Ban on petrol and diesel vehicles till December 3

School offices will be open from November 29

Delhi’s environment minister has asked government employees to use public transport. “We have recently hired private CNG buses. We have decided to use them to bring in workers from government residential colonies like Gulabi Bagh and Timarpur Colony. The Delhi government will also start shuttle bus service for its employees from Delhi Secretariat to ITO and Inderprastha metro station. He said that air quality has improved in last three days. The AQI of the city is the same as it was during Diwali. Due to this the Delhi government has decided to reopen government offices apart from schools, colleges and other educational institutions from November 29.

Several steps have been taken to reduce pollution

Earlier, the Delhi government had decided to close all educational institutions due to pollution, ban construction and demolition activities and asked its employees to work from home to reduce air pollution. And reduce its effects on health. Later, the ban was lifted and trucks carrying non-essential items were barred from entering Delhi. The ban on construction and demolition activities was lifted on Monday only after improving air quality so as not to inconvenience the workers working there.