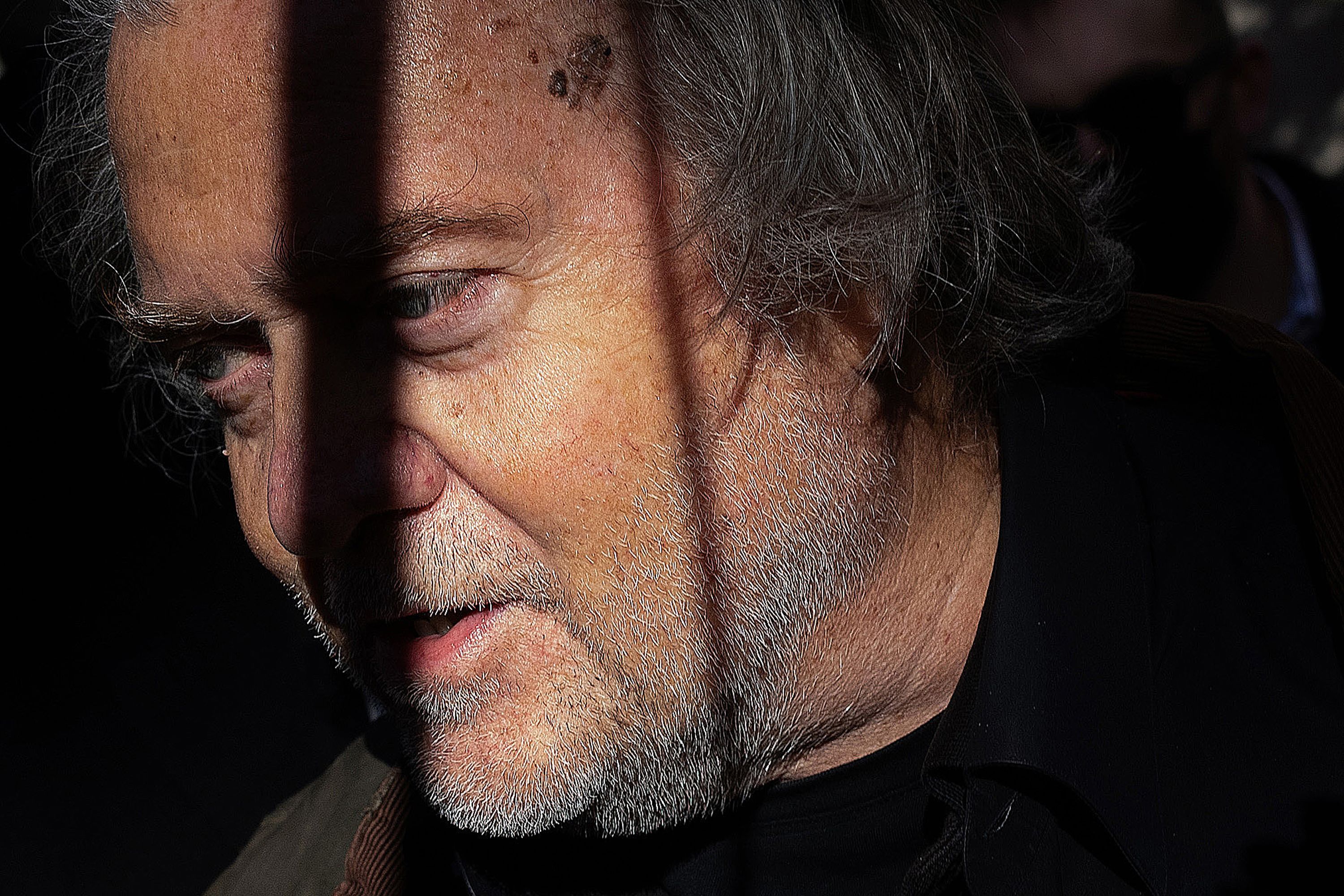 The OLC’s role is straightforward, even if the issues it addresses are often tangled. Its most important job is to weigh in when there are important questions about the power of the executive branch — advice on what it can do, what it can’t and where the limits of the president’s power lie. Importantly, the governing legal framework means that the OLC’s decisions are, as the office notes, treated as “controlling advice to Executive Branch officials.” That word controlling is important — it means that other agencies must follow its guidance despite what their own lawyers may think. The office is also set up to respect its own precedent, much as courts do: Lawyers within the office are instructed to “consider and ordinarily give great weight to any relevant past opinions” and to “not lightly depart from such past decisions.” An analysis in the Columbia Law Review concluded that the OLC “rarely openly departs from its prior opinions.”

The office’s opinions can provide a powerful defense to officials whose decisions are challenged in court, since they can say that they relied in good faith on the OLC’s legal analysis. Remarkably, most OLC opinions are not even made public, a prerogative that rests largely with the OLC itself unless an opinion is leaked or a judge requires its disclosure.

Over time, the OLC’s most important decisions have turned into a body of hard-to-contradict opinions, often issued under pressure to protect sitting presidents, that create a legal fortress around the executive branch.

Bannon’s decision, for example, to flout his subpoena had some apparent support in a series of OLC opinions that Attorney General Merrick Garland and his advisers would have needed to closely analyze before making the decision to seek an indictment. (It’s particularly important to consider them since Bannon may rely upon them as part of his criminal defense, and indeed his lawyer on Tuesday invoked them in a CNN interview.) In 1984, for instance, the office concluded that the DOJ is not obligated to prosecute an executive branch official who refuses to provide testimony to Congress based on a claim of executive privilege from the incumbent president. In 2007, the OLC opined that the executive privilege extends to communications between White House officials and individuals outside of the executive branch. And more recently, in 2019, OLC lawyers opined that executive branch officials did not even need to show up before Congress when subpoenaed in order to rely on these protections.

Like many of the most controversial OLC opinions, these were very convenient conclusions for the administration in power at the time. For instance, the idea that the president can initiate hostilities overseas without obtaining congressional approval — despite constitutional and statutory provisions on this point — dates back to an OLC opinion from 1980, when the Carter administration was considering military options in response to the Iranian hostage crisis, and it has been invoked by administrations of both parties ever since. The 2007 opinion was issued to prevent the disclosure of White House communications to Congress in the midst of the scandal during the George W. Bush administration over the mid-term firing of seven U.S. attorneys. The portion of the opinion that analyzed communications with outsiders was barely a page long. The 2019 opinion was issued during Donald Trump’s presidency to prevent former White House counsel Don McGahn from testifying about his role in Robert Mueller’s Russia investigation and facilitated years of legal wrangling that was only recently resolved.

If you loosely string together the propositions from earlier OLC decisions, they provide some support for Bannon’s position — that he did not need to show up (2019) to invoke executive privilege even as an outside adviser to the president (2007), and that the DOJ should not prosecute him for this (1984). Of course, there’s one big flaw in that argument: This whole defense is based on Trump’s executive privilege, and Trump hasn’t been the president since January.

Those prior opinions resided in the strange and quasi-judicial land of OLC precedent — a body of opinions that subsequent departments are supposed to leave intact, despite their dubious origins and implications. Even before Bannon, the thin reasoning of the OLC’s 2007 opinion was controversially invoked twice during the Trump administration in similarly questionable factual circumstances — when the Trump White House used it to direct Corey Lewandowski and Kris Kobach to refuse to answer questions before Congress about Lewandowski’s involvement in impeding the Mueller probe and Kobach’s involvement in the decision to include a citizenship question in the 2020 census (even though, like Bannon, neither of them worked in the government at the time of the underlying events).

These were not the first times that the OLC’s work had proved highly controversial. Perhaps the most notorious episode occurred when lawyers within OLC — most famously, John Yoo — issued opinions that approved the George W. Bush administration’s torture program; the office also approved the Bush administration’s warrantless wiretapping program. And of course, in 2019, Mueller concluded that he was barred by prior OLC opinions from even considering an indictment of Trump at the close of his investigation.

The OLC has long had critics saying it operates too much in the interest of the sitting president and not enough in the interest of transparency and public accountability. The quality of the OLC’s work, however, seemed to get noticeably worse and even more obviously self-serving during the Trump administration, when the office was led by a Republican lawyer named Steven Engel, who had a role in one of the last torture memos issued by the OLC during the George W. Bush administration. Among other things, lawyers at the OLC under Engel concluded that the Ukraine whistleblower’s report did not need to be forwarded to Congress, that the Treasury Department could refuse to provide Trump’s taxes to the House and that the White House could categorically reject the House’s subpoenas during the first impeachment inquiry. Trump Attorney General William Barr also cited the advice of lawyers from the OLC when he concluded that Mueller’s report did not support an obstruction of justice charge against Trump.

Today, the OLC is led by Christopher Schroeder, a former OLC lawyer himself, having served during the Clinton administration; he also held a senior DOJ position during the Obama administration.

On the Bannon indictment, according to CNN, Schroeder’s office “was consulted on the novel circumstances” surrounding the case, but it “declined to release any internal legal guidance that supported the Bannon decision.” Garland’s decision to seek an indictment has, of course, already proved wildly controversial. Some conservatives have already assailed the decision as a radical departure from precedent and an effort by the Biden administration to attack the president’s political enemies. But Garland should be commended for refusing to be bound by a cramped interpretation of the OLC’s prior opinions.

Is there a way to fix the OLC? There have been thoughtful and persuasive reform proposals from liberal academics and lawyers as well as good government groups who have suggested a range of proposals that merit serious attention. They include reevaluating the office’s most controversial decisions and replacing or withdrawing the worst opinions; requiring more fact-finding before simply relying on representations from political officials about the purpose and objectives of controversial programs; making more of the office’s opinions public so that we can actually see its work; and creating more rigorous internal rules and procedures that might alleviate its deeply ingrained (and perhaps unavoidable) bias in favor of the executive branch.

The department’s evident willingness to work around the OLC’s precedents in bringing the Bannon prosecution — rather than interpreting them broadly and mechanistically — is the latest promising sign for observers who are interested in OLC reform. Earlier this year, the office decided to reverse the Trump-era opinion preventing the disclosure of his taxes to Congress. Though in another sign of how fraught the office’s work has become, a Trump-appointed judge who worked in the Trump DOJ recently questioned the motives behind that decision — as if the earlier, Trump-friendly opinion from the OLC somehow had unimpeachable origins.

Still, it remains to be seen what, if anything, Garland and Schroeder will do in the way of a more concerted, less case-by-case effort to address the OLC’s shortcomings over many years and many administrations. Now is as good a time as any to consider a long-needed, systematic reevaluation of this obscure and controversial yet unquestionably powerful office.