Opinion | Yes, Alabama Dominates College Football. Get Over It. 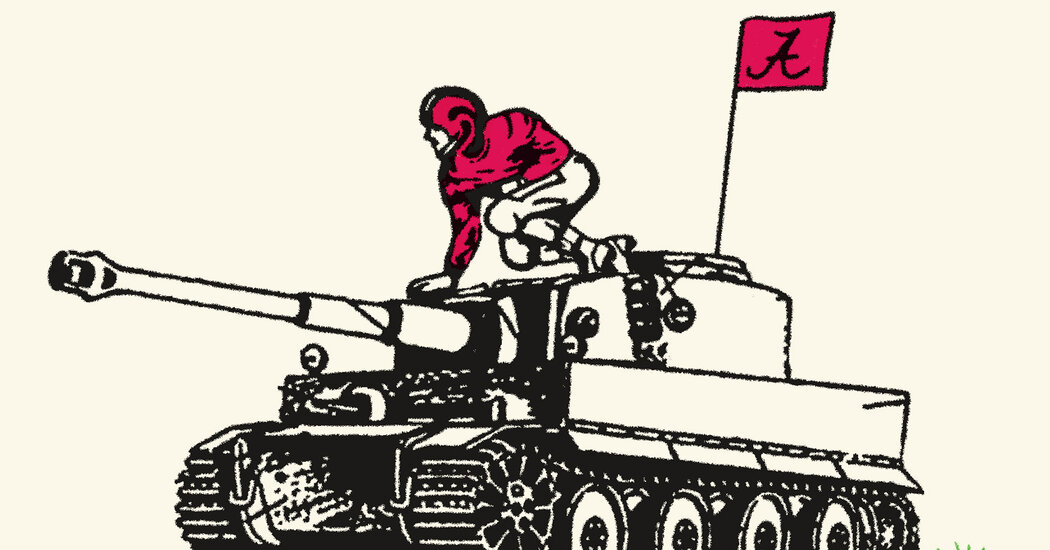 And Alabama, like any good villain, is fully sentient, always learning, always improving, always finding new and even more terrifying ways to decimate its opponents. Over the past four seasons, Alabama has become more creative and dynamic on offense, averaging 488 yards per game in 2021. In 2015, the Tide averaged 427 yards of offense per game. No surprise, the 2015 version of Alabama still won a national title.

Of course, teams do, on occasion, beat Alabama, as we saw this week. Since the 2010-2011 season, Alabama has lost a total of 17 games. (For comparison, Michigan State, which is really good, has lost 47 games in the same period.) I think I remember parts of all of them: In 2021, there was Rachel House Small, the wife of Texas A&M kicker Seth Small, holding hands with Seth’s mother as her husband kicked the game-winning field goal to defeat Alabama, then leaping onto the field to celebrate in a moment that became pandemonium.

And, in 2013, the Auburn University Marching Band’s ebullient, emotional, exhilarating reaction to Auburn’s defeat of Alabama on a last-second field goal returned for a touchdown in one of the most incredible moments in college football history, the “Kick Six.” I watched that game on a laptop in London, and I can tell you what the bedroom I was in looked like and how fuzzy the internet connection was. That’s what happens when you’re Alabama — your losses are so rare that they become precious jewels of football memorabilia.

It’s important to remember that the Tide went 7-6 in Coach Nick Saban’s first year in Tuscaloosa back in 2007, and before his arrival, the Alabama football teams of the early 2000s were sometimes pretty good and sometimes kind of mediocre. The year I was born, 1987, Alabama went 7-5. It was another team, the Miami Hurricanes, that finished 12-0 that year and won the national championship, part of an era for that team when it was so utterly superior to its opponents that the players had plenty of opportunities to invent new end zone celebrations.

Someday, Alabama won’t be Alabama anymore. Let’s appreciate this thing of beauty — or, more accurately, this unstoppable hell beast from the great beyond — while we can.