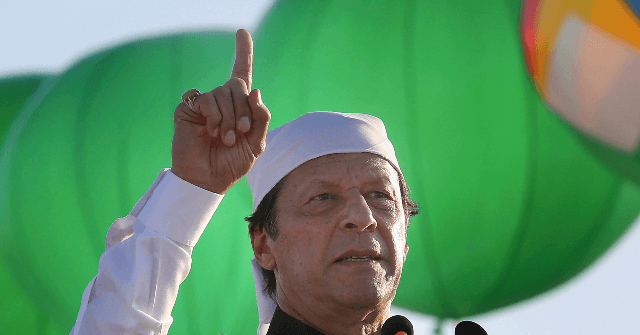 Pakistan’s parliament passed a bill on Wednesday introducing chemical castration as a possible punishment for serial rapists in the country, Dawn reported.

The new law went into immediate effect on November 17 and included a provision for “faster trials of suspected sexual offenders,” according to Reuters.

According to the law, “chemical castration is a process duly notified by rules framed by the prime minister, whereby a person is rendered incapable of performing sexual intercourse for any period of his life, as may be determined by the court through administration of drugs which shall be conducted through a notified medical board.”

Pakistan Prime Minister Imran Khan has publicly supported the chemical castration bill since last year in response to increased incidents of rape across Pakistan. While campaigning for the bill, Khan cited the specific example of a woman who was dragged out of her car while driving along a major Pakistan highway and raped by two men at gunpoint in September 2020.

Asked by a journalist about the crime one week after it occurred, Khan said he “believed the culprits should be hanged publicly,” Reuters reported at the time. The prime minister added that he had previously expressed this sentiment to fellow Pakistani government officials, who had informed him that “such an act could endanger a preferential trade status given to Pakistan by the European Union (EU).” Khan said this knowledge prompted him to consider chemical castration as a punishment for convicted rapists instead.

“In Pakistan, at least 11 rape cases are reported daily with over 22,000 rape cases reported to police across the country in the last six years,” Asian News International (ANI) reported on October 18, citing official Pakistani government data.

“Only 77 accused of the 22,000 cases were found to be convicted and the conviction rate is sadly around 0.3 percent,” the Indian news agency observed.

ANI cited the statistics while reporting on another rape of a woman on a highway in Pakistan on October 18.

“An 18-year-old woman was enticed with a job offer and then gang-raped on M-4 motorway in Gorja, Pakistan’s Punjab province,” ANI relayed, citing local media.

“The perpetrators of the crime invited the woman with evil intentions for a job in the city and when she arrived, the suspects gang-raped her in the car, dashed her on Faisalabad Interchange, and fled the scene,” Pakistan’s the Nation.com reported.