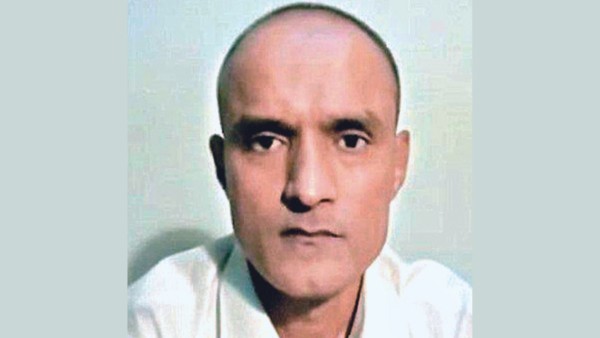 New Delhi, November 18 A bill was passed in the Pakistani parliament on Wednesday following the ICJ’s decision, which would allow Kulbhushan Jadhav, an Indian national lodged in a Pakistani jail, to appeal against the death sentence to a Pakistani military court. On the other hand, India on Thursday reacted to the bill by saying that the bill passed to give Kulbhushan Yadav the right to appeal against the death penalty was similar to the ordinance brought earlier by the Pakistani government in this regard. . The ordinance had all the shortcomings and the bill does not follow the decision of the ICJ (International Court of Justice).

External Affairs Ministry spokesperson Arindam Bagchi told reporters that the law only addresses the shortcomings of the previous ordinance. “We have seen reports of Pakistan implementing an old ordinance in law to enforce the International Court of Justice (ICJ) decision in the Kulbhushan Jadhav case,” he said.

Also read: Now a dog phone, too, will be able to talk on the phone with its owner away from home

He said that the truth and nothing could be further from the fact that the earlier ordinances did not provide any mechanism for effective review and reconsideration of Jadhav’s case as prescribed by the ICJ decision.

Jadhav, a 51-year-old retired Indian Navy officer, has been sentenced to death by a Pakistani military court. Pakistan believes that Jadhav is an Indian spy, while India has categorically denied this. India had approached the ICJ against Pakistan for denying consular access to Jadhav and challenging the death sentence.

Bagchi further said that Pakistan was denying unrestricted and unrestricted consular access to Jadhav and had failed to create an environment conducive to a fair trial. He said India had repeatedly asked Pakistan to abide by the ICJ’s decision. It may be recalled that in June this year, Pakistan had passed a bill to give Jadhav the right to appeal as per the ICJ decision but India had rejected the bill saying that the bill was in line with the ICJ decision and There are many. There are shortcomings that need to be addressed.