Paytm Share Crash: Paytm sinks Rs 45000 crore of drowned people, find out why there was commotion on the first day Paytm fell 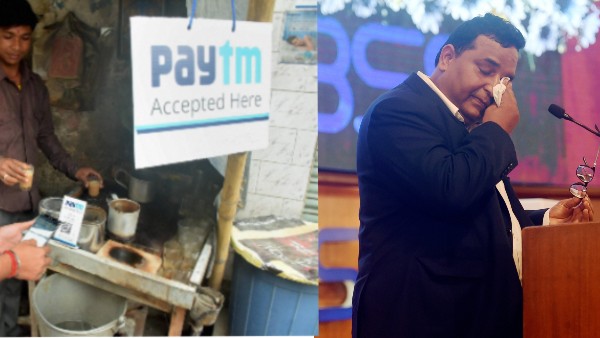 Shares fell on the first day

Today, the market was eyeing Paytm’s listing but the stock has disappointed investors. Shares of Paytm fell 27 per cent to close at Rs 1,561. The main reason for the decline in Paytm’s shares is the company’s performance. Market analysts said that investors had a big dream about the stock but the company’s performance dominated the stock. With the listing, PayTm’s investors lost Rs 45,000 crore in one fell swoop.

Let me tell you that Paytm’s IPO has been the largest IPO in the country. The company has launched an IPO worth Rs 18,300 crore. It has got 1.89 times subscription. The company had bid for 9.14 crore shares against 4.83 crore, but the stock performed worse than expected. By the time the company closed the market, the lower circle had reached Rs 1,560.

Why did Paytm shares fall?

According to market experts, Paytm’s shares fell along with the listing, mainly due to a report by a brokerage house. In fact, brokerage house Macquarie questioned Paytm’s business model and said it lacked focus and direction in its business. Not only that, the report says that the company is in a challenging position to make a profit. Paytm’s stock has been dominated by sales since the report came out.