Nov 25, 2021 Ahmaud, Arberys, Explain, faith, Jury, killers, Prosecutors, Prosecutors in the trial of Ahmaud Arbery's killers explain why they had faith in the jury - CNN, trial, us 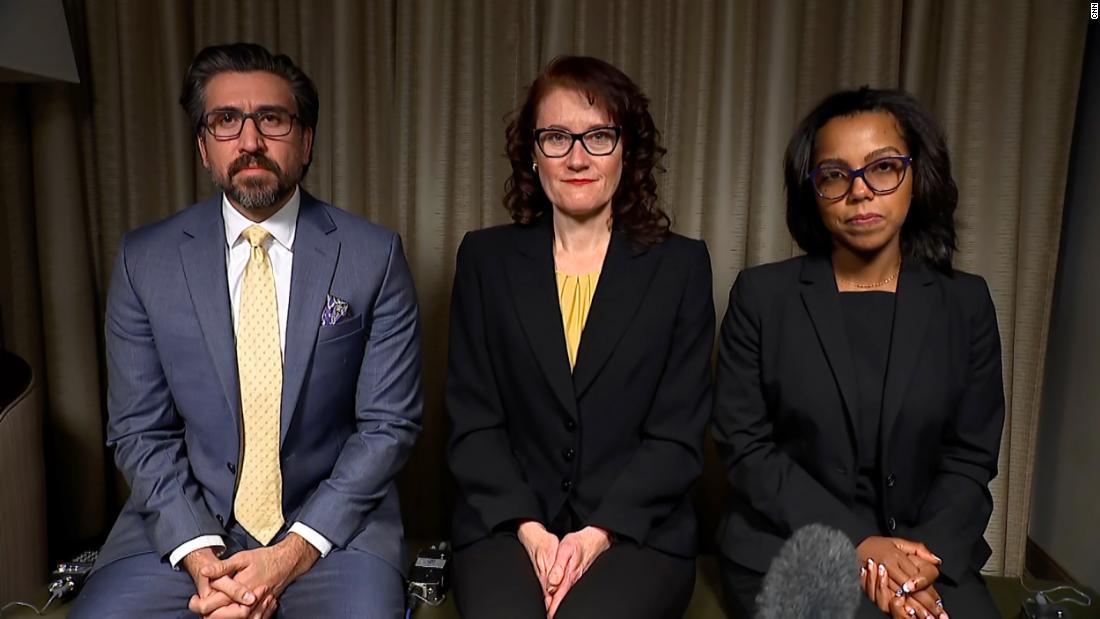 Linda Dunikoski, Cobb County senior assistant district attorney, told CNN’s Jim Acosta that after jurors were selected, her team “realized that we had very, very smart, very intelligent, honest jurors who were going to do their job which is to seek the truth.”

Nine White women, two White men and one Black man served on the jury, according to a CNN analysis of juror data. Historically, all-White juries in cases where White people are involved in the deaths of Black men result in acquittals, according to scholars and law experts who spoke to CNN about the trial of Arbery’s murderers.
The racial makeup of the jurors was reminiscent of the Jim Crow era and quickly drew comparisons with the aftermath of Emmett Till’s death, when an all-White jury in 1955 acquitted the two men arrested for Emmet’s slaying, experts said.

But unlike the trial of those two White men in 1955, the three White men in 2021 were all found guilty on multiple murder counts.
Race did play a large role in this trial, but prosecutors did not address it as much as the defense did. At one point during closing arguments Monday, Laura Hogue, one of Gregory McMichael’s lawyers, prompted outrage in the courtroom for bringing up Arbery’s toenails.

“Turning Ahmaud Arbery into a victim after the choices that he made does not reflect the reality of what brought Ahmaud Arbery to Satilla Shores in his khaki shorts with no socks to cover his long, dirty toenails,” Hogue told jurors.

“I think the comments were unnecessary and they were low, and I just feel bad that Ahmaud’s mom and dad had to sit there and listen to all of those things,” Ollivierre said.

And then there were the comments by Kevin Gough, attorney for William “Roddie” Bryan, who repeatedly objected to nationally recognized civil rights leaders presence at the trial to support Arbery’s family.

“We don’t want any more Black pastors coming in here … sitting with the victim’s family trying to influence a jury in this case,” he said.

Dunikoski said Gough’s comments about Black pastors — though made without the jury present — were strategic.

“Mr. Gough is a very, very good attorney, and he purposefully and intentionally and strategically, I believe, did what he did in an effort to attempt to insert potentially some error into the case in case he lost the case and it went up on appeal,” she said.

Even though race played a huge role in and outside of the courtroom, Dunikoski said she hoped what people took away from this trial was that parents in a similar situation would trust the process and advocate for their child.

“Wanda Cooper-Jones and Marcus Arbery (Arbery’s mother and father) were advocates for Ahmaud, and they really pushed this one when it first happened,” she said. “And I think the message is that you have to let the criminal justice system work and, in this case, yes, it did work, and to trust, which they did, they trusted us, and they trusted this team to bring justice for them and their family, but to trust the system of the constitution and due process just to let it work.”