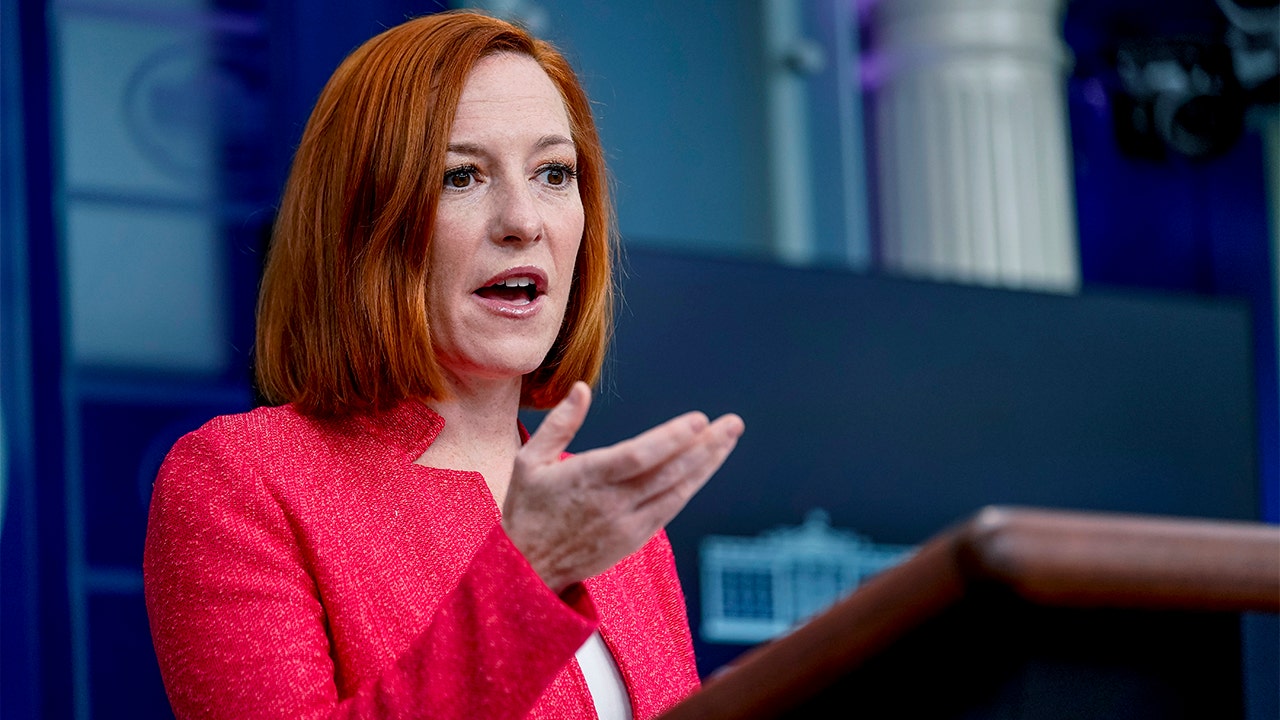 In media news today, an MSNBC contributor says the Republican Party is a front for a ‘terrorist movement,’ liberal pundits meltdown after Krysten Sinema doubles down on filibuster support, and Yahoo rejects a GOP Senate candidate’s ‘Let’s Go Brandon’ ad.

During Friday’s press briefing, Fox News’ Peter Doocy grilled Psaki over Biden’s inflammatory remarks made in Atlanta attacking those who didn’t support the passing of the legislation seen by conservatives a complete liberal overhaul of how elections are conducted nationwide.

“Talk about a year ago and working with Republicans, now he is talking about Republicans that don’t agree with voting rights – he’s describing them as George Wallace, Bull Connor and Jefferson Davis,” Doocy said. “What happened to the guy who when he was elected said, ‘To make progress, we must stop treating our opponents as our enemy?'”

“I think everybody listening to that speech who’s speaking on the level, as my mother would say, would note that he was not comparing them as humans,” Psaki responded. “He was comparing the choice to those figures in history and where they’re going to position themselves as they determine whether they’re going to support the fundamental right to vote or not.

Critics took to Twitter and panned the White House’s effort to roll back the president’s speech.

“Hate it when I accidentally compare my dear friends to George Wallace/Bull Connor/Jeff Davis and my friends immediately express outrage and it takes me 3 days to explain I didn’t really mean what I obviously said,” National Review correspondent John McCormick sarcastically wrote.

TUCKER CARLSON: BIDEN’S SPEECHES REVEAL WHAT HE THINKS OF AMERICANS

“She’s so bad at this. I love it!” Substack writer Jim Treacher knocked the press secretary.

Many critics saw Biden’s speech on Tuesday as doing little to advance his agenda on election reform. The Atlanta event was politically overshadowed by the absence of Georgia gubernatorial candidate Stacey Abrams, who Biden suggested couldn’t attend due to a scheduling mix-up. Still, Abrams’ absence was telling since the rising Democratic star has made voting rights her key issue ever since her first gubernatorial defeat in 2018, which she never formally conceded.

The president’s fiery address may have won over some in his liberal base, but even some top Democrats have openly criticized him for going overboard with his attacks.

“Perhaps the President went a little too far in his rhetoric,” Sen. Dick Durbin, D-Ill. said in an interview Wednesday. “Some of us do, but the fundamental principles and values at stake are very similar.”