Rani Mukherjee reveals she was afraid of falling in love with Aamir Khan: Bollywood News 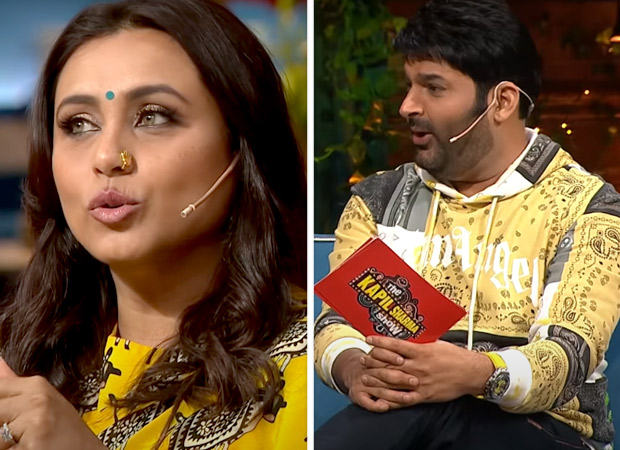 Bollywood actress Rani Mukherjee made her mark in films in the late 90’s and when she was cast in the early ’00s, Rani was the ruling queen of Bollywood. The actress recently appeared on Sony TV to promote Kapil Sharma’s comedy show Bunty Aur Babli 2, Where he gave his audience a glimpse into his early days in Bollywood.

Asked if she has ever panicked in front of a senior actor, Rani said that while working in such films Slaves And Something happensShe was terrified of having an on-screen romance with Aamir Khan and Shah Rukh Khan. “I was 16-17 years old at the time,” Rani said. I saw Aamir and Shah Rukh on the big screen. Them From doomsday to doomsday I saw .. my heart was beating like that. And Shah Rukh Khan Heartfelt brides I see .. a lot like this .. I mean like this or not Young Crush (after seeing him inside From doomsday to doomsdayMy heart beats fast. And Shah Rukh looked inside Heartfelt brides, I liked a teenager). ”

She further revealed that she was afraid to look into Aamir’s eyes because she was afraid that he would fall in love with her. “When I got the chance to do a romantic scene with him (Aamir) SlavesI stared at the heel of his shoes. I was so scared that I would fall in love with such eyes. ” Kapil was really shocked by Rani’s revelation and further said that Aamir taught her to do romance on screen and she taught him so well that now she can even have romance with a tree.