Republican Glenn Youngkin sworn in as governor of Virginia 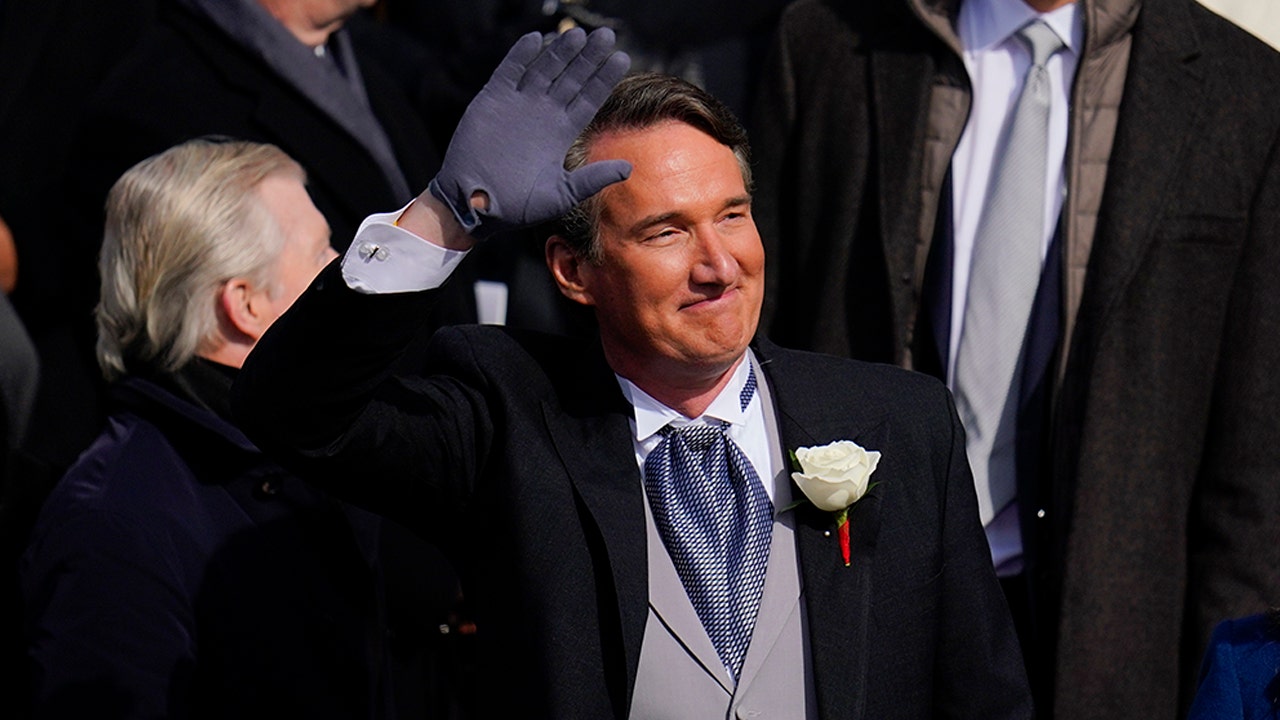 Republican Glenn Youngkin was sworn on Saturday as the next governor of Virginia, delivering an optimistic message about empowering parents, overcoming COVID-19 and providing economic relief to families and businesses hard-hit by the pandemic and inflation.

“We celebrate the sound of freedom!” Youngkin said to thunderous applause and a fighter jet flyover shortly after he took the oath of office.

Speaking outside the Capitol in Richmond, the state’s new 74th governor told Virginians that better days are ahead.

“The spirit of Virginia is alive and well. And together we will strengthen it,” Youngkin said. “Together we’ll renew the promise of Virginia, so it will be the best place to live, work and raise a family.”

In an olive branch to Democrats, Youngkin said Saturday: “No matter who you voted for, I pledge to be your advocate, your voice, your governor.”

Youngkin, who mobilized voters on issues like race and education, said that children must be in school “five days a week” and not subjected to political teachings, alluding to a campaign pledge to ban critical race theory education.

“We will remove politics from the classroom and re-focus on essential math, science and reading,” Youngkin said. “And we will teach all of our history the good and the bad.”

He said “parents should have a say in what is taught in school.”

“To parents I say we respect you,” Youngkin said. “And we will empower you in the education of your children.”

On coronavirus, Youngkin paid respect to those who have died and to the first responders and healthcare workers who have been on the front lines of the pandemic. He said he trusted modern medicine and “individual freedom” to guide Virginia out of the COVID-19 crisis.

“Despite the continuing challenges posed by Covid-19, I see a path forward,” Youngkin said. “Not to some pessimistic new normal, but to a new and better day.”

On the economy, Youngkin said he wants to suspend for a year the recent tax increase on gasoline, and eliminate the grocery tax altogether to address the higher cost of living. He said he’d reduce regulations, create 400,000 jobs and “get all Virginians back to work.”

Youngkin talked of the record-high turnout in November and said Virginians were on “a mission to restore trust in government and to restore power to the people.”

The inauguration is “not about me,” he said, but a celebration of that movement.

“We stand here today as the messengers of that movement,” Youngkin said. “Entrusted to protect liberty create opportunity and build unity for the hard work ahead.”

Youngkin, a first-time candidate who hails from the business wing of the GOP, ran a disciplined campaign, focusing on taxes, crime and holding public schools accountable to parents, while McAuliffe spent much of his firepower linking Youngkin to former President Donald Trump.

Youngkin had the support of Trump and also mobilized voters in the suburbs by running on issues like banning critical race theory teaching in schools. Liberals have fretted that Youngkin’s win spells trouble for Democrats nationwide in this year’s midterm elections with President Biden‘s dismal approval ratings.

On Friday night, he kicked off the inauguration weekend with a pre-inauguration celebration at the Omni Richmond Hotel.

“I hope you can feel the spirit of Virginia because it’s alive and well!” Youngkin told supporters

WHAT YOU NEED TO KNOW ABOUT GLENN YOUNGKIN

Youngkin reflected on his victory over McAuliffe as something more than just a regular political campaign.

“It was a movement that brought people together like never before in the commonwealth,” Youngkin said, according to pool reports.

Youngkin was sworn in with other newly elected Republicans: Attorney General Miyares and Lieutenant Gov. Winsome Sears in front of the state Capitol.