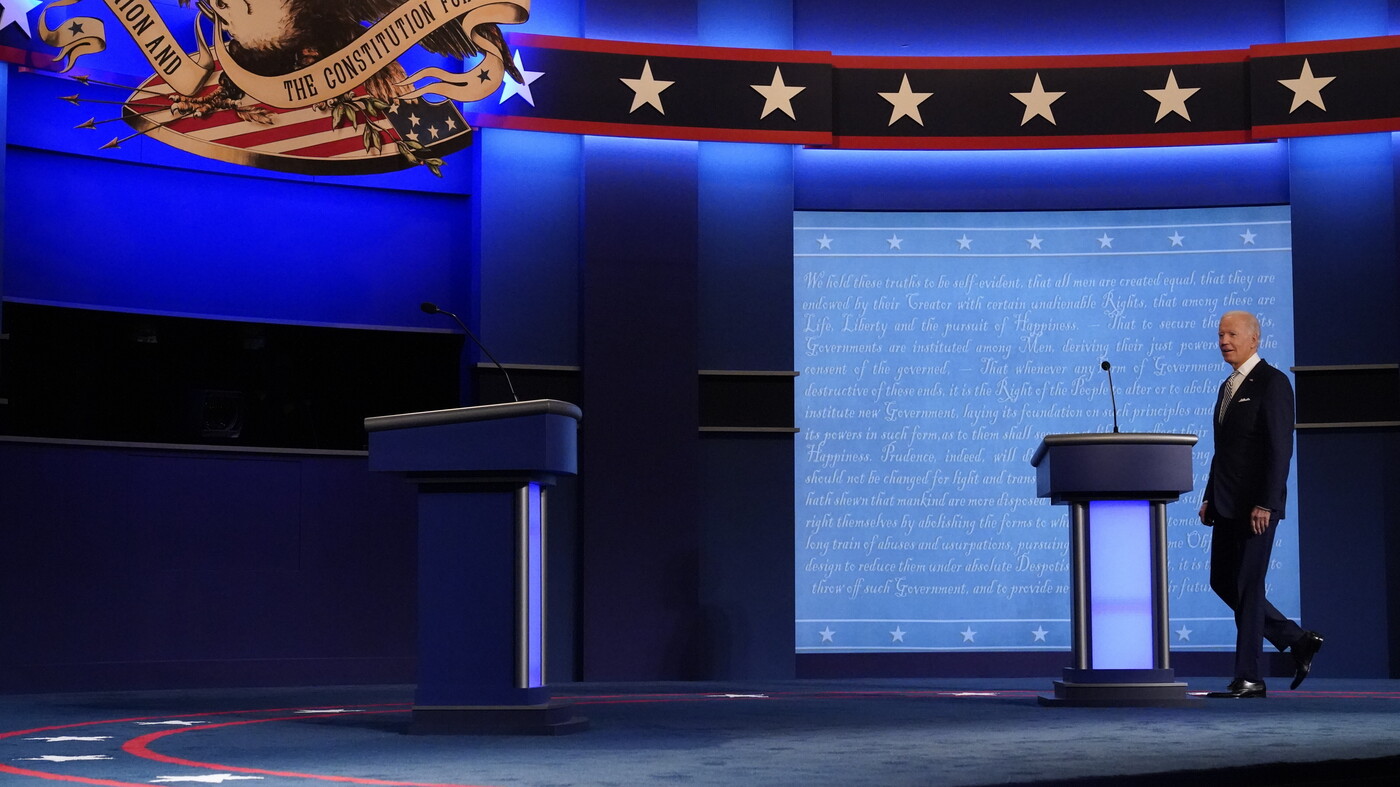 Then-candidate Biden walks on stage to begin the first presidential debate Tuesday in September 2020. Republicans are threatening to no longer participate.

Then-candidate Biden walks on stage to begin the first presidential debate Tuesday in September 2020. Republicans are threatening to no longer participate.

This may be the end of debates, as we have known them.

The Republican National Committee has informed the Commission on Presidential Debates, which has hosted presidential and vice presidential debates for general elections for over three decades, that it will change its rules to prohibit the party’s nominees from participating in CPD debates in the future.

The letter outlined many objections — and suggestions — and accuses the CPD of stonewalling the RNC’s requested changes to the process, accusing the commission of bias.

“The RNC has shared our concerns with the CPD in good faith, carefully documenting why the party and its voters have lost faith in your organization, and we have proposed commonsense reforms that would restore trust in the debates process,” wrote RNC Chairwoman Ronna McDaniel Chairman. “Unfortunately, neither the tone nor substance of your latest response inspires confidence that the CPD will meaningfully address the serious issues which the RNC has raised.”

The CPD provided the following statement in response:

“The CPD deals directly with candidates for President and Vice President who qualify for participation in CPD’s general election debates. The CPD’s plans for 2024 will be based on fairness, neutrality and a firm commitment to help the American public learn about the candidates and the issues.”

Some of the RNC’s complaints it listed in its letter include holding the first debate after early voting had already began, accusing the commission of “making unilateral changes to previously agreed-upon debate formats and conditions, in some cases without even notifying the candidates; selecting a moderator who had once worked for the Democrat nominee, a glaring conflict of interest; and failing to maintain the organization’s strict nonpartisanship, with a majority of its Board Members publicly disparaging the Republican nominee.”

The commission’s chairman, Frank Fahrenkopf, served as Republican Party chairman in the 1980s.